When her husband died she was sure she would never sleep with a man again. But eight years on, LINDA AITCHISON reveals the… Unspoken truth about sex when you’re a widow

The sharp sting of grief often strikes when you least expect it.

Years after my husband’s death, hearing the first soulful notes of a Van Morrison song he used to sing to me, or the sight of posters advertising family breaks in Wales, a place we spent many happy holidays, would be more than enough to cause tears to well.

In the hard years after, our children were my only priority and I shaped my life around them, isolated to my core. I was lonely — but lonely for no one else but Neil.

For as well as those unexpected, everyday reminders of what was lost, was a deeper wound: a profound grief at the loss of the physical intimacy Neil and I had known, in a devoted 16-year relationship. 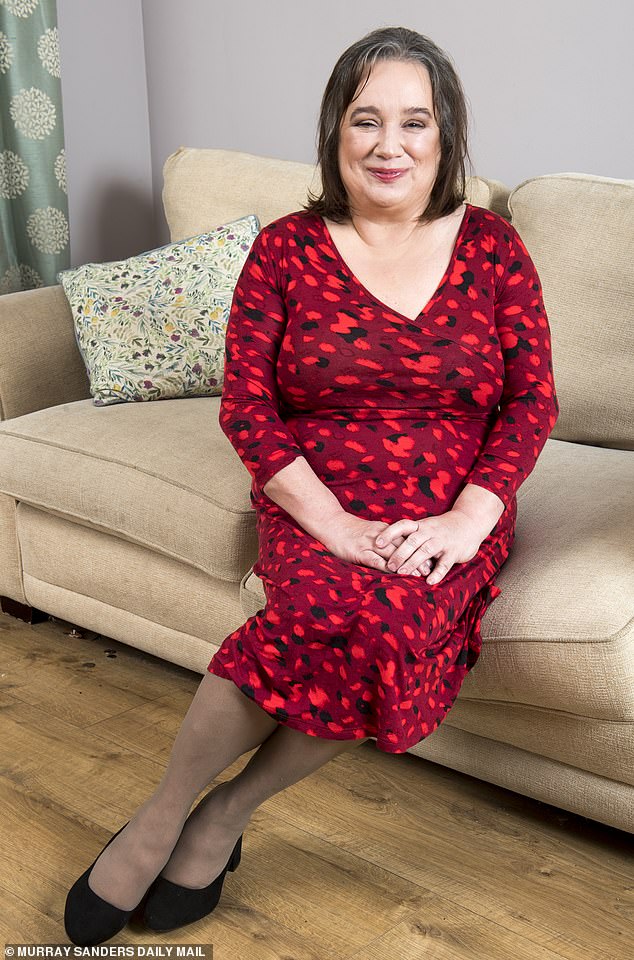 I couldn’t bear the thought of anyone taking his place.

I read of widows who cried the first time they went to bed with someone new. Little wonder I was truly terrified of ever having sex again.

Neil and I had had a very contented love life. We would laugh about how suited we were, as we navigated the demands of a young family. With him, I felt complete.

How could anyone else compare? And how could I — a middle-aged woman, with all the body hang-ups you might expect — ever trust another man as I had trusted Neil?

Friends nagged me to give dating a go, and my support group of young widows and widowers told me of ‘widow’s fire’, the flames of yearning the bereaved are meant to feel.

While I understood their longing, some, I thought, were undoubtedly using sex to escape the pain of bereavement — and I don’t blame them.

But I didn’t envy them. I was all too aware that grief had knocked my confidence, and considered a fleeting liaison a toxic prospect. 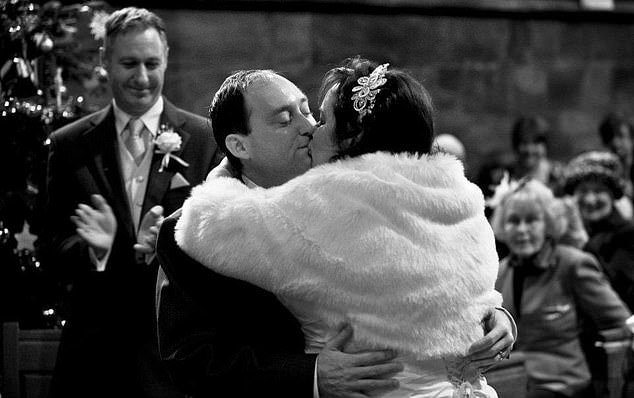 In the hard years afterwards, she said her children were her only priority and so she shaped her life around them. She was lonely, but for no one else but Neil. Pictured: The couple kiss at their wedding in January 2012

The reality is, when you lose someone you love so much, you grieve not only for their loss, but for your own future, too.

Raising a glass together on our girls’ 18th birthday, visiting the Far East, maybe one day having our own holiday home on the Welsh coast — all these plans had to be unpicked.

My future was one based on having Neil at my side.

It took six years before I could bring myself to dip my toe in the dating pool, something that brought terrible guilt.

After all, some widows choose never to look for someone new. To make things even more complex, however, I also felt guilty for not obeying Neil’s final wish.

One of the last things he said to me was: ‘Don’t be a victim’.

It was a loving, well-intended comment to reassure me I should get on with the rest of my life, but it only compounded my feelings.

Whenever grief overwhelmed me, when I had nothing but anger for the world, it felt like I was betraying Neil by not doing as he’d asked.

At sea with all these emotions, aged 50, haltingly, and full of fear, I started internet dating. 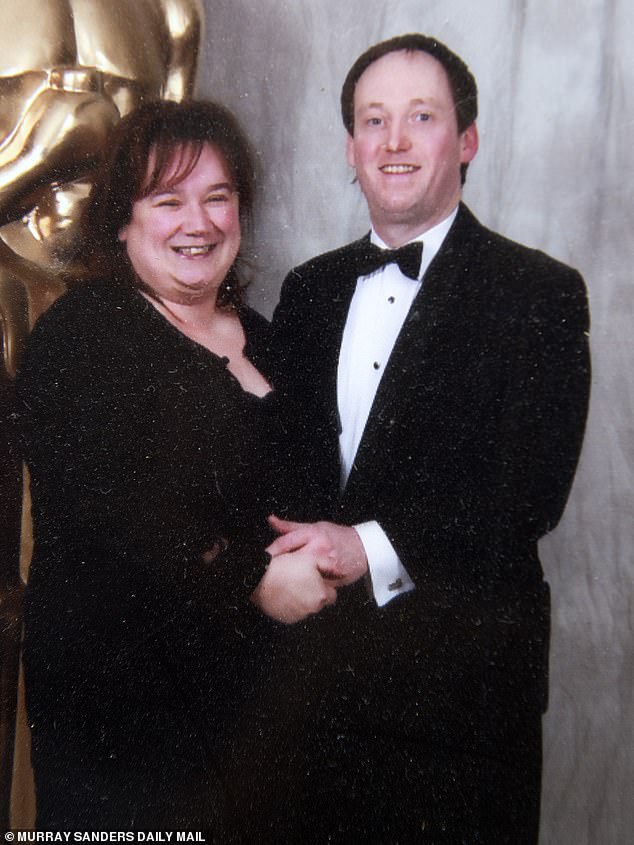 Linda said she and Neil had had a very contented love life. They would laugh about how suited they were. Pictured: The couple in 2010

It was an utterly foreign thing for me, as shown in my innocent selection of ‘nothing serious’ on my dating profile.

Big mistake — cue a barrage of men suggesting all manner of lascivious liaisons. At this stage, I just wanted companionship.

Yet, on one date, a man exposed himself to me in his car.

When I protested, he said, shrugging: ‘I thought you’d like it.’ I felt naive and stupid. What was I even doing in his car?

What would Neil make of it all? I found it all soulless and sad.

I realised I needed a man who understood the enormity of what I was going through, who could put my terror at ease.

I had always said it was love at first sight with Neil. He, meanwhile, would smile and say, ‘We got on OK.’

I was the news editor on a local newspaper when Neil rang up for a job as a reporter in 1996. We were both 28.

I was struck by his voice on the phone and, when he came in wearing a smart suit, I said to myself: ‘I’m going to marry him.’

I thought he was the best-looking man in the world. He spent six months working with me before I got head-hunted for a job at another paper 250 miles away.

At my leaving do, after one too many drinks, I confessed undying love while he sat with me, stone-cold sober because he was on a late shift. The next morning, I rang to apologise and he said, ‘You have nothing to apologise for . . .’

And, so, our romance blossomed. Within two years I was expecting twins — a surprise, but our girls, Emily and Melissa, couldn’t have been more loved. 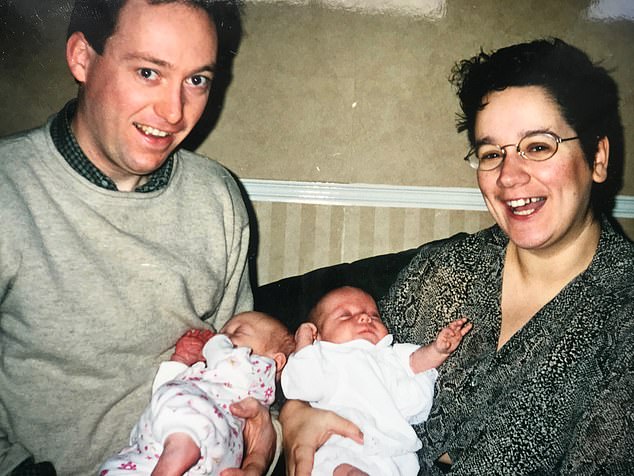 The couple met when Linda was the news editor on a local newspaper and Neil rang up for a job as a reporter in 1996. They were both 28. Pictured: The pair with their then newborn babies Emily and Melissa

Like so many couples, we said we would like to marry, but it didn’t happen. Neil went down on bended knee, during a quiet night in, when our girls were six or seven.

But I didn’t want to be the centre of attention in some fancy wedding. We didn’t need a piece of paper, we told ourselves.

One of my favourite memories is of a holiday we took: a Caribbean cruise in 2009, where Neil enjoyed a massage on a glistening white beach, his feet lapped by gentle waves. This is the life, I thought.

We were oblivious to the fact his card had already been marked.

Neil had had a melanoma removed from his back in 2002. He’d had yearly check-ups for five years before being given the all-clear.

Soon after, we were told it was widespread, with multiple deposits of melanoma in his spine, lungs, ribs and liver.

When, weeks later, doctors told us his cancer was incurable and he had three months at best, I collapsed in shock.

In floods of tears, I blurted that I wanted to get married. Neil said the same.

In December, after two rounds of chemotherapy, Neil and I sat with our girls, to tell them they were going to lose their dad.

There have been many bad moments, but that was the hardest. It still makes me cry now — the image of our two little girls clinging to each other, sobbing.

We tried to focus on the wedding, which took place at our church in Great Wyrley, Staffordshire, in January 2012.

Neil had lost the ability to walk, but thanks to strenuous daily exercises with a team of Macmillan physios, he surprised everyone by walking down the aisle. 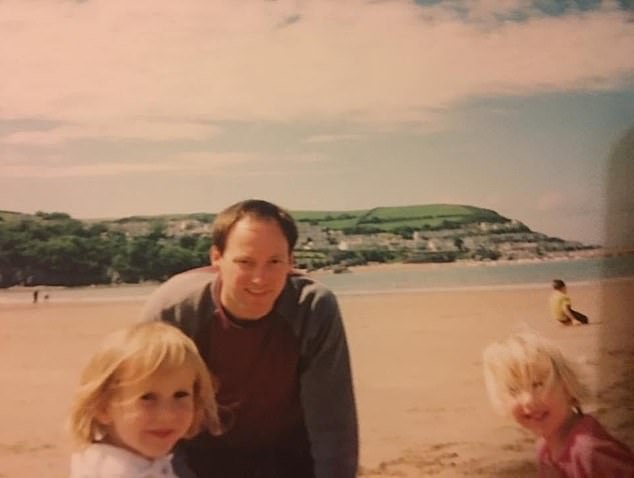 Neil had had a melanoma removed from his back in 2002. A further four years on, however, in 2011, he found a lump under his arm

We even managed a dance to our song: Van Morrison’s Have I Told You Lately.

Over the next four months, Neil’s disease spread to his brain, and he slipped away. How did I get through the next few days and weeks? I just had to; there was no choice.

Still, years passed in a kind of terrible stasis before I braved dating again. Eventually, after many weeks dodging feckless potential partners, I met Simon, now 55.

In his picture he was standing in front of shelves filled with books, which is unusual. And he wrote me a long, intelligent message.

We met for a drink. When I kissed him on the cheek at the end of the date, he was so surprised he jumped. He had gone more than a decade alone after his divorce.

We took things slowly and helped each other to be ourselves. 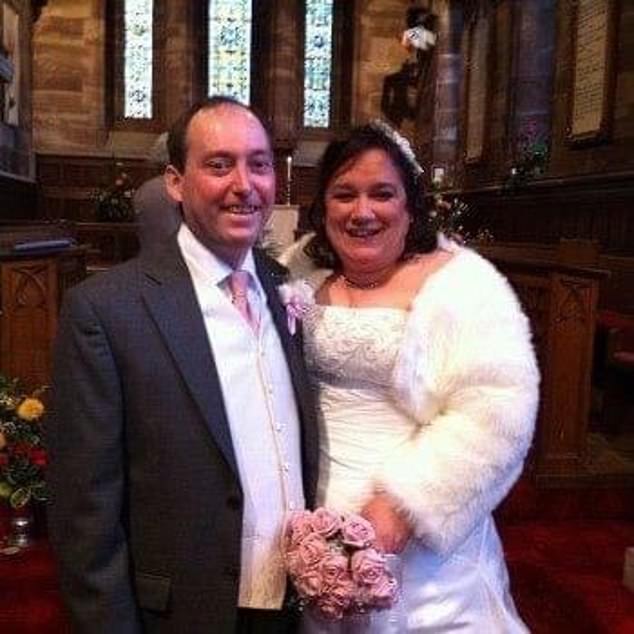 Soon after, the couple were told it was widespread, with multiple deposits of melanoma in his spine, lungs, ribs and liver. Neil was able to walk down the aisle despite being crippled with cancer

Rather than be on my own, as my girls were at university, I spent nights with Simon, sharing his homemade curries and a classic film.

We never did get to see the end of Casablanca.

All my nerves about being undressed in front of a man fell away. Simon was so loving and reassuring, and I knew he felt exactly the same.

For a pair of not-quite oldies like us, it still felt right. There was nothing strange or awkward — it was just lovely and comfortable.

I was a little emotional, but that was because I knew I was loved and secure. 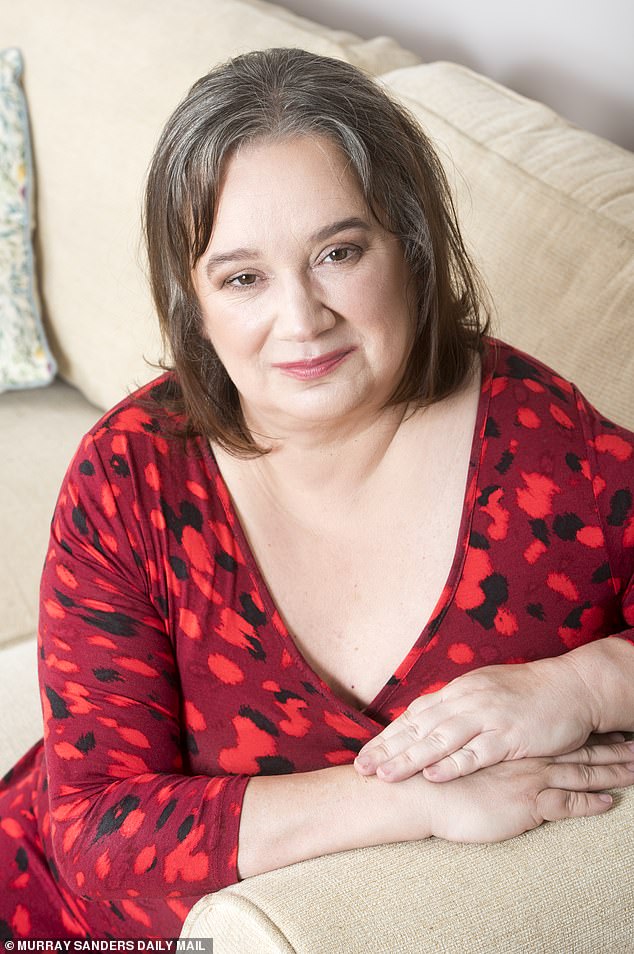 After Neil’s death, years passed before Linda braved dating again. But she finally summoned up the courage and has been with her new partner Simon for two years

We’ve now been together two years and laugh a lot. Like many others in our position, our relationship was intensified by lockdown.

It was a case of move in together or face months apart. We moved in and haven’t regretted it.

Lockdown also triggered a huge shift in perspective for me. After eight years of widow’s guilt, I finally started living for me.

Last week, I collected my daughters from their universities, having both attained 2.1 degrees in politics.

By rights I should have been celebrating with Neil, and that was tough for all of us. But accepting grief will forever be a feature of my life is oddly liberating.

Now 52, I have found living with Simon has brought a sense of stillness and peace in my life. I love his intellect, his quirky sense of humour and his big heart.

I know Neil would be pleased that I’m smiling and laughing again. He would be even more delighted that I have shaken off the guilt, and have found someone to hold me in their arms once more.

And after eight, long years, so am I