Don’t count on it! Maks Chmerkovskiy had a great run on Dancing With the Stars and just because he’s still dancing doesn’t mean he craves returning to the ballroom.

“I think there’s a reason things have to come to an end,” the 38-year-old Ukraine native told Us Weekly while promoting his partnership with TheraGun to donate 300 units to Disabled American Veterans on Monday, December 3. “I don’t understand why it has to be sad.”

As for the large fan base Chmerkovskiy and his wife, fellow DWTS costar Peta Murgatroyd, gained from appearing on the hit ABC reality dancing competition, he gushed, “People are obsessed!” 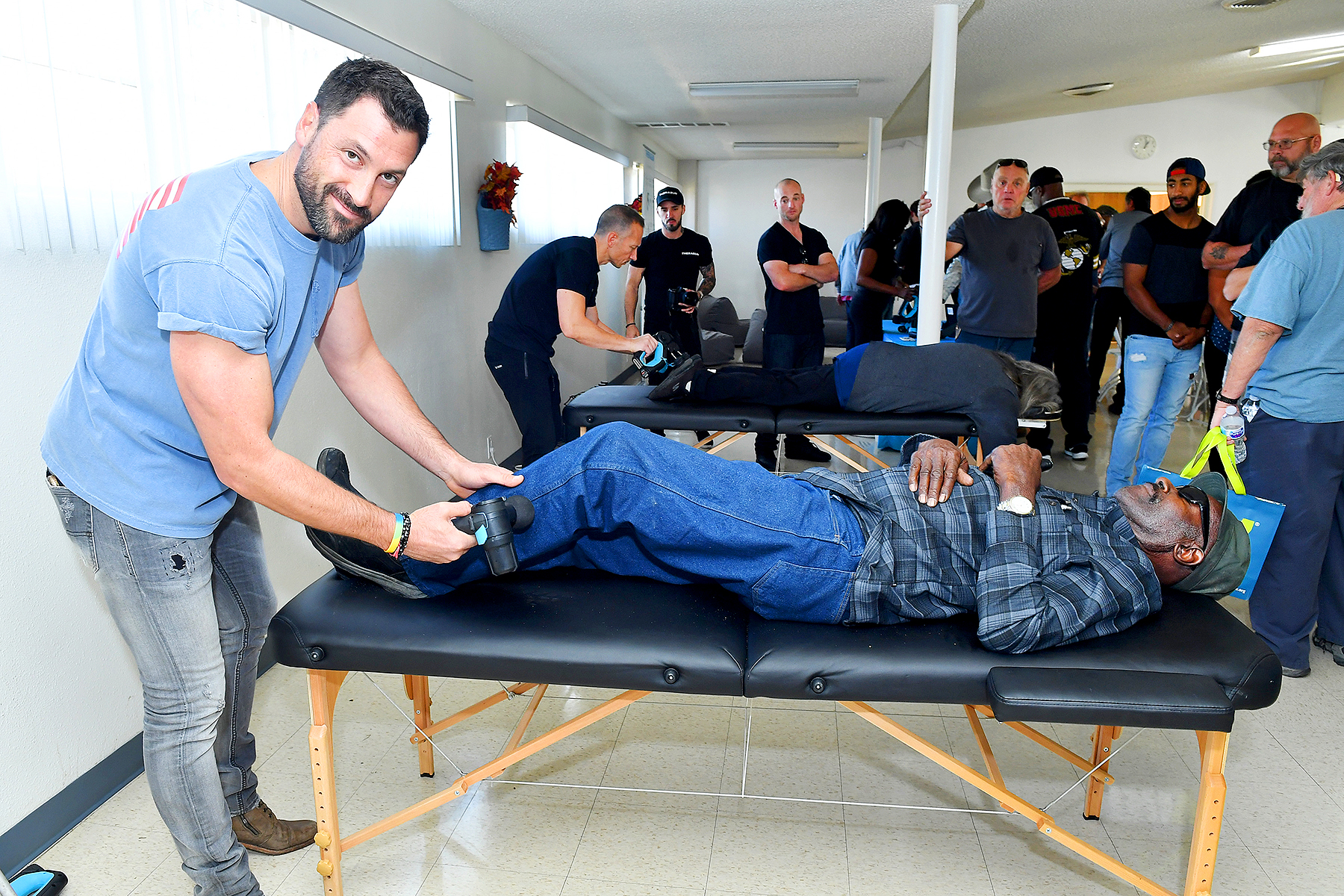 Chmerkovskiy added: “I appreciate it and I would love to keep those connections and relationships with those people, so we’re trying and working on things. But hey, I had to prioritize my family and [the] future of my family. It’s no disrespect to any fan out there that’s like, ‘How could you?’”

The athlete — who shares 23-month-old son Shai with Murgatroyd, 32 — noted, “that’s not the point, like, enjoy the show, there’s a lot of amazing dancing out there.”

He added: “I’m looking for an opportunity to do another tour more so than anything else, because I’m already good business-wise. I just need that art, I guess, outlet. And then it’s sort of, like, where you kind of look around and you’re like, ‘Life is amazing.’”

Chmerkovskiy and Murgatroyd secretly wed in a New York courthouse before celebrating in front of more than 300 family and friends at the Oheka Castle in Huntington, New York, in July 2017.

The doting dad also opened up to Us at the event about making sure the couple takes time for themselves in the midst of their busy lives.

“[Peta’s] time has to be about her, my time has to be about me. You have to satisfy that too, you can’t be an unhappy person because you’ve literally just given up everything that you are up until now, cold turkey,” he told Us. “I hate to be, not super dramatic, but it’s not imprisonment. We don’t hand over the keys to our happy life as single people once we become parents. The idea is to figure out how to take this and add onto it, add to it, you know?”

With reporting by Taylor Ferber