The Sun looked at the price of a large Big Mac meal, egg McMuffin meal and a cheeseburger Happy Meal at restaurants in and around six UK cities to find out the difference in cost, and the results may surprise you. 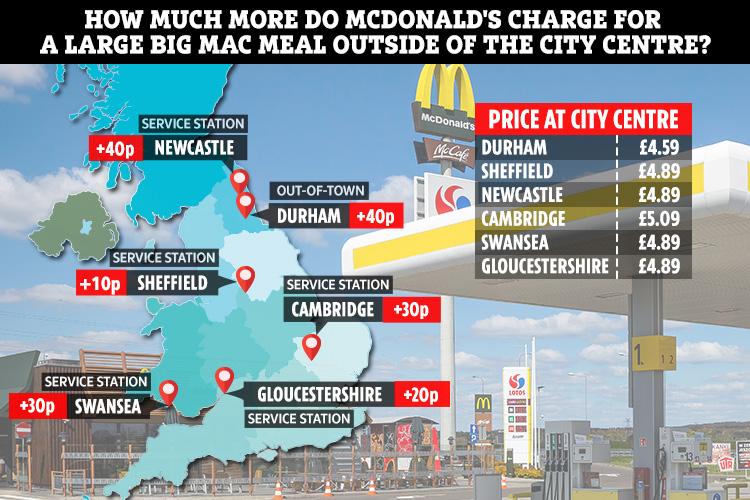 It's no secret that McDonald's prices vary from restaurant to restaurant but it turns out that you should head to the city centre for the cheapest grub, where you can save up to 40p on your meal.

A large Big Mac meal comes with a burger, fries and a drink, while a breakfast meal is made up of a sausage and egg McMuffin, hash brown and a coffee.

Hungry divers craving a Big Mac on the A1 in Durham are better off holding out until they reach the city centre for their lunch where it costs £4.59 because the same meal is priced at £4.99 at the service station.

It's the same deal for those who are on the hunt for a cheeseburger Happy Meal in Swansea, where they will pay an extra 40p – or 15 per cent – on their dinner from a service station. 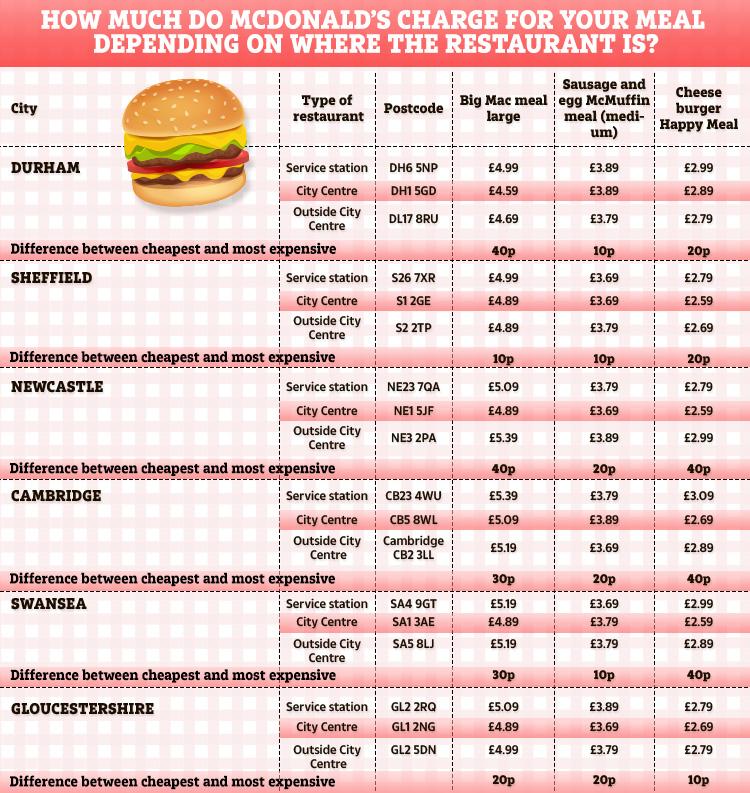 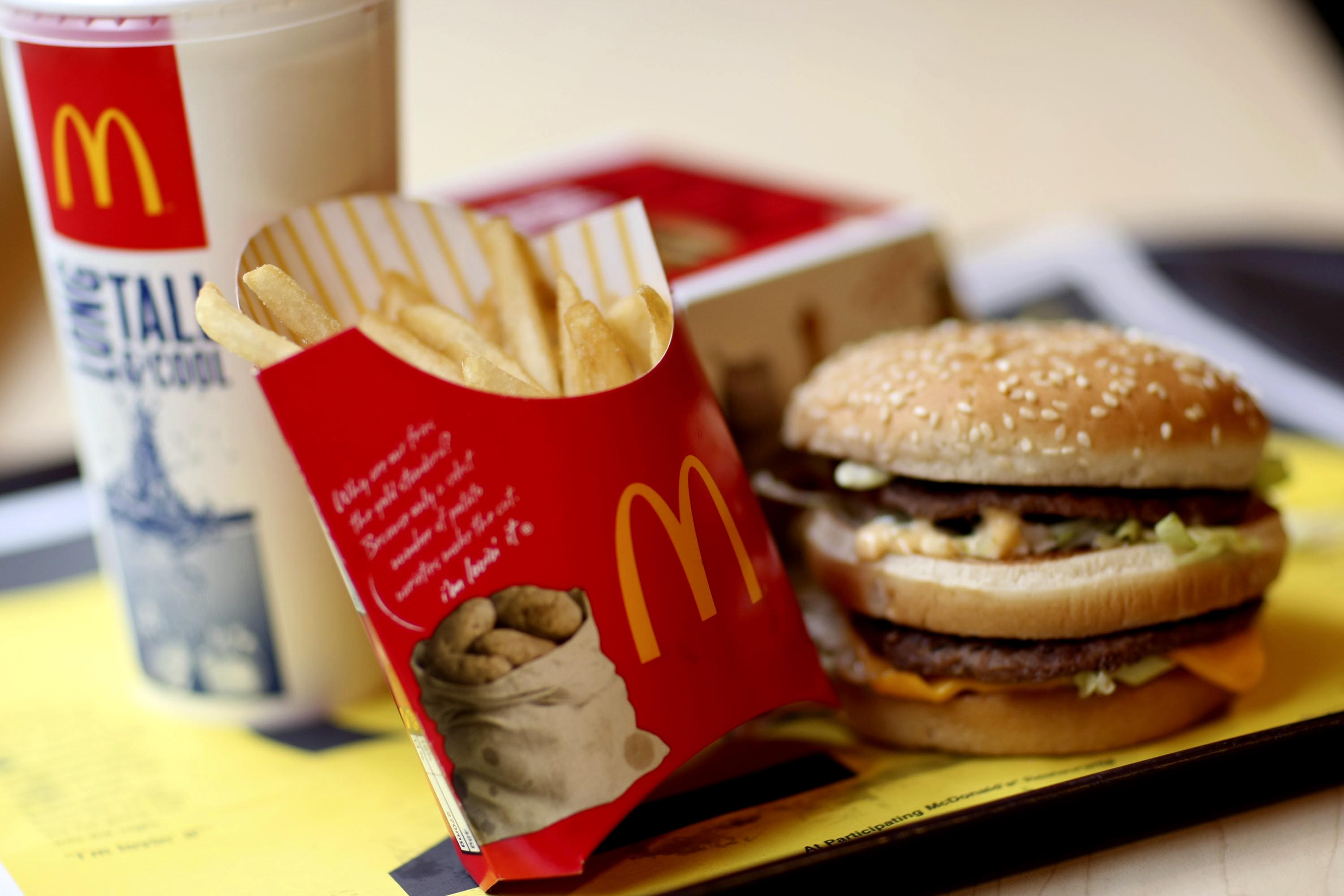 In Gloucestershire, customers will get more bang for their buck by going to the branch on the high street in the town centre, where they can save up to 20p on their food if they ditched the service station.

Restaurants outside the busiest parts of Newcastle were the only ones to be more expensive than the service stations, charging an extra 20p extra for a Big Mac Meal and a Happy Meal.

Drivers in Sheffield could actually save 10p on their McDonald's breakfast by stopping at Woodall service station instead of grabbing a meal on their way out of town, where it costs the same as it does in the centre of town.

Cambridge is the only city centre that proved to be more expensive for your meal, where it costs £3.89 for a egg McMuffin breakfast meal, compared to £3.69 at an out of town branch.

How to save money on your McDonald's meal

But when it came to a large Big Mac meal or a Happy Meal, you're still better off dodging the service station.

Of course, we only studied the prices of three meals available in six cities across the UK – Cambridge, Newcastle, Sheffield, Swansea and Gloucestershire – to get a snapshot.

There are 1,300 restaurants across the UK, 100 of which are franchised which means that they get to set their own prices.

But it's useful to know where you can get the most for your money, especially if it means it's worth holding out to place your order at a restaurants a few miles down the road.

A McDonald's spokesperson said: "Prices will vary slightly between different McDonald's restaurants according to a number of factors, including operational costs depicted by each site, but in a way that offers best value to that restaurants' individual customer base.

"We and our franchisees pride ourselves on providing good quality food at affordable prices up and down the country.”

Prices for takeaway pizzas can be eye watering, especially after we revealed how ordering a small pizza can cost you three times as much as a large. Tough news, huh?

Earlier this year, McMuffin fans rejoiced at the revelation that you can TRIPLE your treat at McDonald’s for just £2.80 extra.

Want to save on your Big Mac? Here's a hack you can use when you order which will save you up to £2.

We pay for your stories! Do you have a story for The Sun Online Money team? Email us at [email protected] or call 0207 78 24516. Don't forget to join the Sun Money's Facebook group for the latest bargains and money-saving advice.