REKORDERLIG has released a new watermelon and citrus flavour cider and we think it sounds like summer in a bottle.

The new flavour from the Swedish cider maker combines the tropical taste of watermelon with sharp bursts of lemon. 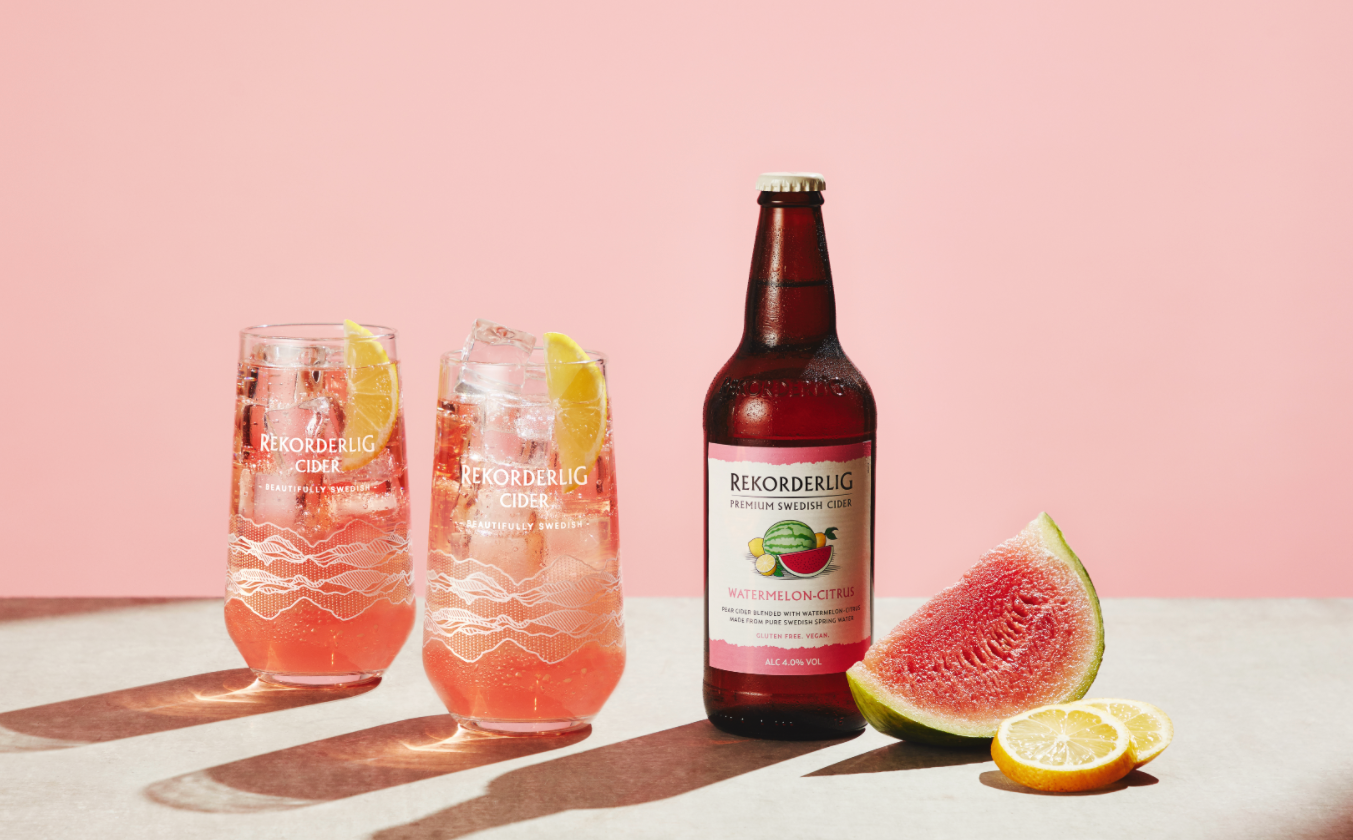 Rekorderlig says the light pink-coloured drink is best served with ice and a squeeze of lemon to compliment to citrus notes.

According to the cider maker, the new drink is the first watermelon flavoured cider to hit UK shelves.

It joins Rekorderlig’s other flavours including mango and raspberry, strawberry and lime, and passionfruit and wild berries.

Rekorderlig first introduced the watermelon and citrus flavour back in 2015 as a limited edition drink – but at the time, it wasn't available in the UK.

Cider drinkers have reported trying it in Sweden, Greece and the Netherlands.

This is the first time the cider maker has brought it to UK shores.

Watermelon and citrus Rekorderlig is being released in supermarkets across the country this month with a RRP of £2.20 per 500ml bottle.

Shops are free to set their own prices though, so the price you pay may vary.

One cider drinker tweeted on April 3: "Found the watermelon-citrus flavour in Morrison’s today and it tastes amazing."

While food review Instagram page Kevs Snack Reviews posted a picture of the cider and the message: "Rekorderlig watermelon-citrus cider. Found in Morrisons."

Sadly we couldn't find the new flavour on sale on the Morrisons website – we also couldn't see it online on Tesco, Asda or Sainsbury's.

That means you'll have to check in stores to find a bottle.

Each bottle has a four per cent alcohol by volume (ABV) which is the same as other Rekorderlig flavours.

We've asked Rekorderlig how many calories the beverage has and we'll update this article when we know more.

As always, remember to drink responsibly and be DrinkAware.

Did you know Rekorderlig also has its own pink gin?

The cider maker also has a rhubarb flavoured drink.