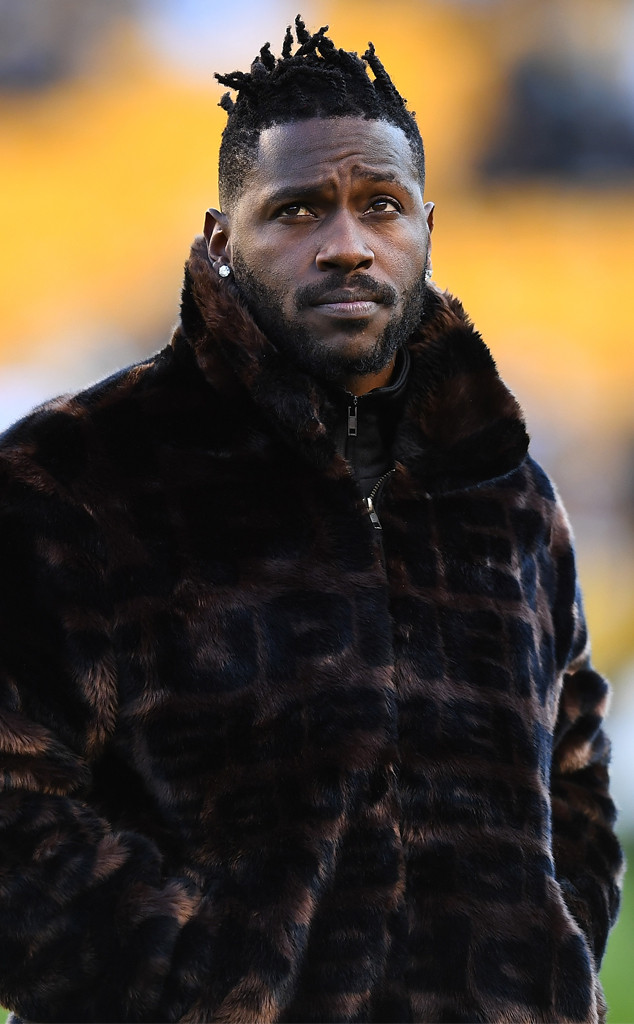 Antonio Brown‘s former trainer, Britney Taylor, has accused him of sexual assault, including forcible rape, in a lawsuit filed in the South District of Florida on Tuesday. The New England Patriots wide receiver has denied all allegations.

“Mr. Brown denies each and every allegation in the lawsuit,” his attorney, Darren Heitner, said in a statement. “He will pursue all legal remedies to not only clear his name, but to also protect other professional athletes against false accusations.”

Taylor, a gymnast, allegedly met Brown during their time at Central Michigan University, where they were allegedly paired up as bible study partners within the Christian Athletes group. Brown went on to play professional football and Taylor transferred to Louisiana State University; however, they allegedly stayed in touch. She claimed Brown asked her for a revealing picture during her senior year in 2013; however, she said she refused and that the two fell out of touch for approximately four years.

However, Taylor claimed the two reconnected in 2017 after Brown allegedly reached out to her via Facebook. She alleged he then asked her to help him improve his flexibility, ankle strength and fast twitch muscles. She claimed she agreed to provide physical training services—allegedly causing her to fly to locations in Pittsburgh and Florida, where Brown resided and trained.

“Ms. Taylor never dated or had an interest in any romantic relationship with Brown,” the lawsuit stated. “Their relationship, as far as Ms. Taylor believed and behaved, was that of a ‘brother-sister’ type.”

Taylor accused Brown of sexually assaulting her twice while they were in training sessions in June 2017. The first allegedly took place at his Pittsburgh home, where she claimed she was staying because he had not booked her a hotel room. She said she was getting dressed in the bathroom when Brown allegedly walked in with his penis exposed. In addition, she claimed he grabbed her and kissed her without her consent as she tried to walk out of the bathroom and cover her eyes.

In the lawsuit, Taylor claimed Brown masturbated near her without her knowledge in his Miami home later that month. He also allegedly ejaculated on her back. Taylor, who allegedly had been watching footage of a church service on her iPad, claimed she “realized what occurred when she felt a wet spot soak through her clothing.” She said she confided in her mother and Brown’s chef and was allegedly fired. She also accused Brown of bragging about the alleged incident in “astonishingly profane and angry text messages.”

Per the lawsuit, Taylor then cut off communication with Brown. However, she claimed he reached back out to her several months later—”expressing contrition, begging forgiveness and pleading with her to train him again.” She allegedly agreed and also allegedly handled tasks like administrative work, travel booking and babysitting.

According to the lawsuit, Brown allegedly forced her onto his bed, pushed her face into the mattress and raped her in Miami on May 20, 2018.

“Ms. Taylor tried to resist him, but Brown was too strong and physically overpowered her,” the lawsuit read. “She screamed and cried throughout the entire rape, repeatedly shouting ‘no’ and ‘stop.’ Brown refused and penetrated her.”

She stopped working for Brown after the alleged incident.

In the lawsuit, it states that Brown’s alleged assaults and rape have “severely traumatized” Taylor and have caused her to suffer “near-daily panic attacks and suicidal ideations.”

“As a rape victim of Antonio Brown, deciding to speak out has been an incredibly difficult decision,” Taylor said in a statement. “I have found strength in my faith, my family, and from the accounts of other survivors of sexual assault. Speaking out removes the shame that I have felt for the past year and places it on the person responsible for my rape. I will cooperate with the NFL and any other agencies; however, at this time, I respectfully request that the media please respect my privacy.”

Again, Brown “denies all of the accuser’s allegations.” His attorney also claimed Brown and Taylor were in a “consensual personal relationship” and that “any sexual interaction with Brown was entirely consensual.” His entire statement was shared in a tweet.

Taylor is seeking an award of damages for her alleged physical injuries, pain and suffering, humiliation, embarrassment, stress and anxiety, loss of self- esteem and self-confidence, and emotional pain and suffering. She’s also seeking an award of punitive damages to deter Brown from engaging in “future illegal and/or wrongful conduct,” as well as any further relief deemed fit by the court.

Brown officially signed with the Patriots on Monday afternoon.

“We are aware of the civil lawsuit that was filed earlier today against Antonio Brown, as well as the response by Antonio’s representatives,” the team said in a statement. “We take these allegations very seriously. Under no circumstance does this organization condone sexual violence or assault. The league has informed us that they will be investigating. We will have no further comment while that investigation takes place.”

“The league will look into the matter. We were not aware of it until the story broke last night,” he said.