Princess Sofia of Sweden is today celebrating her 34th birthday and to mark the occasion the palace has released a new portrait of the royal.

Shared on the official Kungahuset Instagram account the mother-of-two can be seen posing in an elegant new solo shot.

Dressed in an elegant cream jumper and black jeans the 34-year-old beams at the camera as she sits on what appears to be a windowsill.

Her glossy brunette locks appear to be a slightly darker shade than usual and have also grown in length with the princess wearing her hair loose with a centre parting. 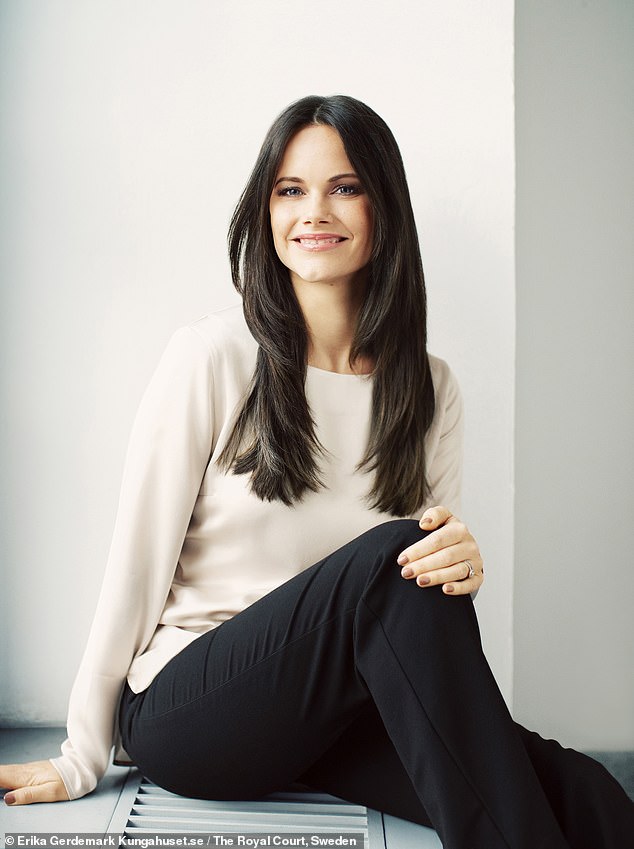 The stunning new portrait has already amassed over 15,000 likes after it was shared earlier today with well-wishers commenting with their own birthday messages.

The wife of Prince Carl-Phillip is thought to be celebrating her birthday privately with her family in Stockholm today.

Carl Phillip, 39, and Sofia celebrated their third wedding anniversary in June after they embarked on an unlikely romance five years earlier.

At the time Sofia ne Hellqvist was a model, socialite and reality TV star and met the prince the two ate lunch together with mutual friends in 2010. 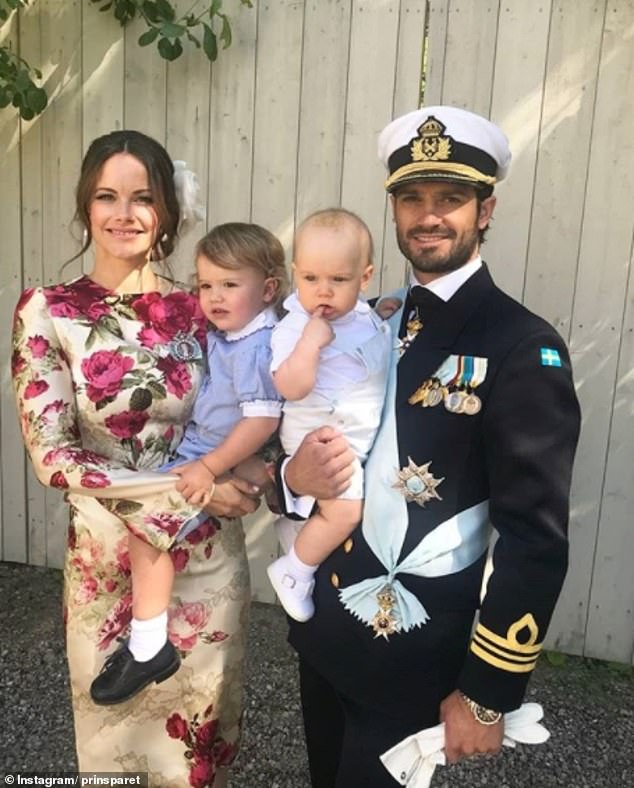 The mother-of-two is thought to be celebrating the occasion privately with her family. Pictured with husband Prince Carl Philip, and two children Alexander (left) and Gabriel at Princess Adrienne’s christening 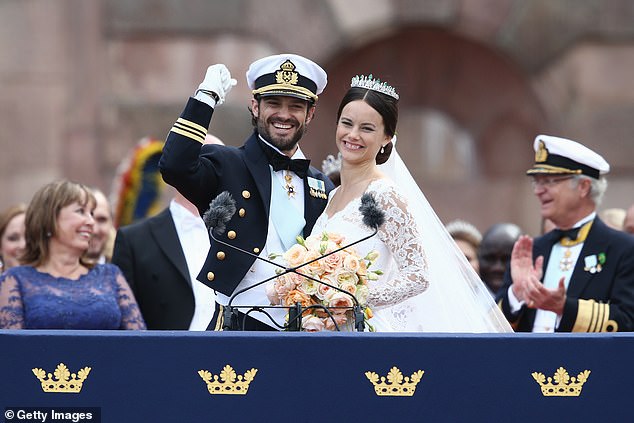 Of their first encounter, the Prince has been quoted as saying: ‘We started with a shy greeting and everything followed.’

At the time, Sofia was best known in Sweden for her provocative appearances on the cover of men’s magazines and her role in the less-than salubrious series Paradise Hotel.

But the stunning brunette also studied accounting in New York City and is a certified yoga instructor.

At the outset of their romance, Sofia made headlines for her numerous tattoos and raunchy past on the New York party scene (reportedly hanging out with Paris Hilton).

Once hailed as Europe’s most eligible bachelor, Prince Carl-Philip proposed to his sweetheart in June 2014 after three years of dating.

They tied the knot a year in a lavish ceremony at Stockholm’s Royal Palace in 2015 and now share two sons, two-year-old Prince Alexander and one-year-old Prince Gabriel.

The royal duo are known for their support of charity initiatives against bullying and voluntary work across Africa.

Who’s who in the Swedish royal family?

King Carl XVI Gustaf (born in 1946) and Queen Silvia (born in 1943) are the head of the Swedish royal family, also known as the House of Bernadotte.

Their eldest son is Prince Carl Philip, Duke of Värmland (born 1979). He is married to Princess Sofia, Duchess of Värmland, and they have Prince Alexander, Duke of Södermanland, born 2016, and Prince Gabriel, born in 2017. 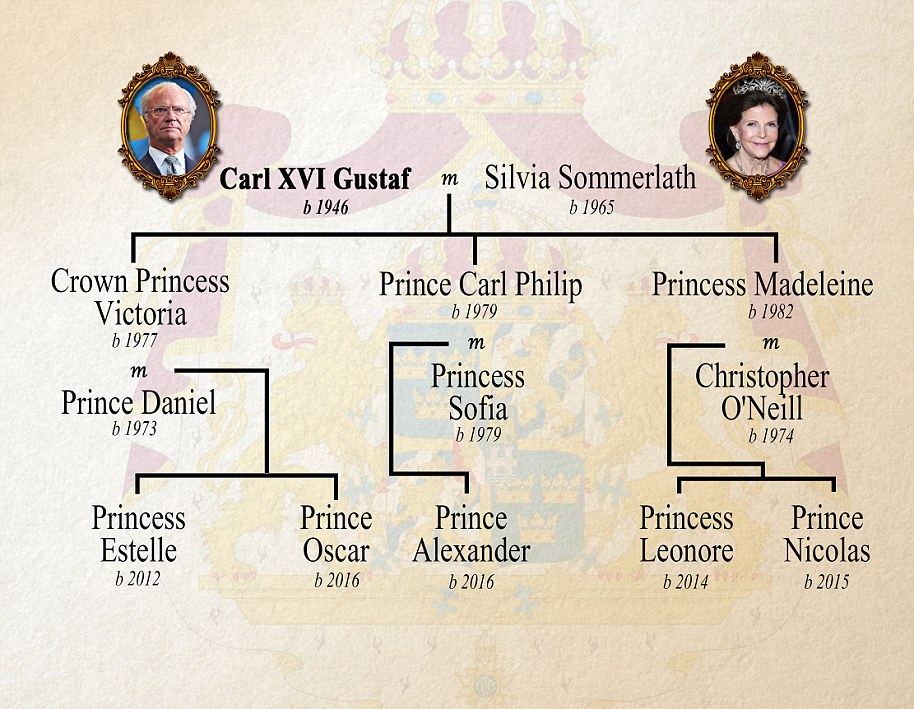 Their youngest daughter is Princess Madeleine, Duchess of Hälsingland and Gästrikland, born 1982, who is married to Christopher O’Neill. They have Princess Leonore, Duchess of Gotland, and Prince Nicolas, Duke of Ångermanland, born 2015. The couple, based in London, are expecting their third child in March 2018.

Princess Birgitta is also a member of the Royal House. She is the King’s second sister and the widow of Prince Johann Georg of Hohenzollern.