It’s no secret that the Duke and Duchess of Cambridge are total relationship goals, and that their adorable family of five could bring a smile to anyone’s face. And because their full-time jobs consist of supporting several charitable causes year-round, Prince William and Kate Middleton’s body language at the military family Christmas party proves these two are seasoned pros at their duties, and that they’re more in-sync than ever. What’s sweeter than being good at doing good? Honestly, I’m not sure, but the love this couple has for each other is very much top-of-list.

On Tuesday, Dec. 4, Prince William and Kate Middleton hosted the families and children of the service men and women currently deployed in the Royal Air Force Coningsby and RAF Marham in Cyprus for the holiday season. According to The Evening Standard, "Kensington Palace said the duke and duchess wished to deliver a message of support and honour the fact many are away from their families at this time of the year." It can’t be easy to be away from loved ones during the holidays, but it’s great to see Will and Kate making the military a priority and making sure their families feel recognized.

As for the Duke and Duchess, their body language might seem distant, but it really speaks volumes to their strong connection. It’s no secret that Middleton and Prince William keep things modest and professional while out and about, and rarely show any form of public affection. Myka Meier, royal etiquette expert and founder of Beaumont Etiquette, previously told People that although there is no official rule that states they aren’t allowed to show PDA, technically, while traveling, "the couple are working representatives of the British monarchy." This just means that Will and Kate are just trying to keep it professional, not that they aren’t happy or in love — which explains the distance between them and the lack of hand-holding in the pictures below. In fact, on the contrary, experts say this couple is rock-solid, and that they look very happy together.

1They have plenty of fun together. 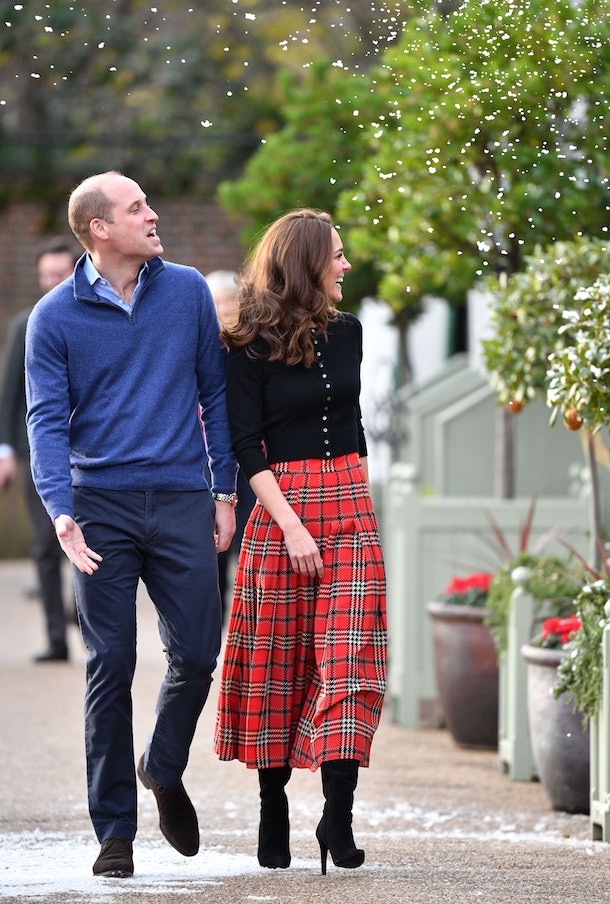 In this photo of the pair walking into the event, Middleton looks like she’s enjoying herself, while Prince William looks a little confused. It seems like fake snow is starting to descend on them and they weren’t expecting it. "He’s less entertained than she is! We see from him his ‘what the heck?’ look," Brown tells Elite Daily, which "we don’t see that from him often." Nevertheless, they seem happy. 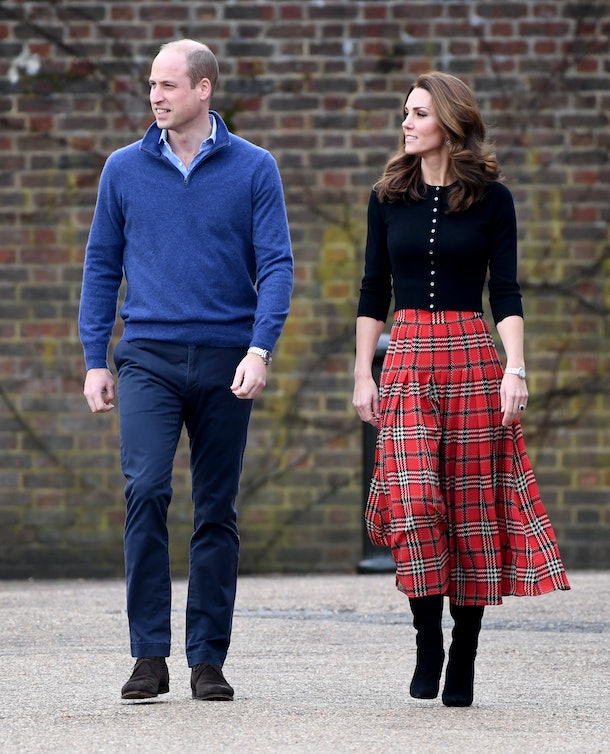 While walking side-by-side, there was more in the Duke and Duchess’ body language than meets the eye "They’re right in-step — clearly on the same page at this event," body language expert Traci Brown tells Elite Daily. Seriously, look at their legs! Their arms! #Twinning. Even when the public is watching them and they’re being photographed, Will and Kate are connected, and present as a strong, united front.

3He loves to look at his lady. 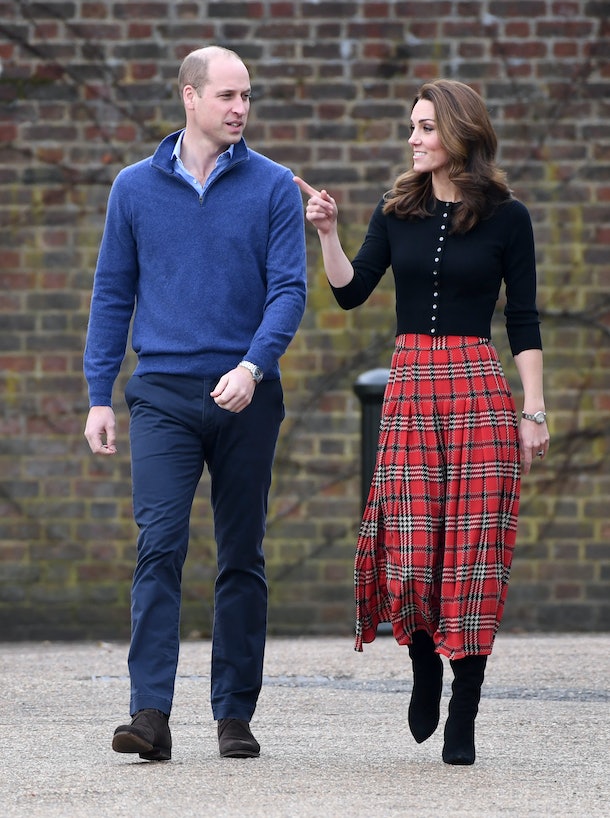 This super sweet shot of the couple might not seem like much, but according to Brown, the way that Prince William is facing is important. "Again, they’re in-step," Brown explains. "She’s interested in whatever is out there and he’s only interested in her. How sweet." 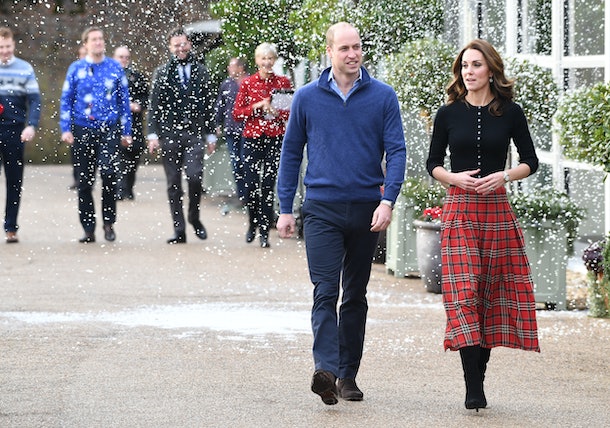 In this photo, Brown notes that Kate seems to be leading the way here. "She seems to be walking ahead just a bit," Brown says, which is "quite unusual!" Nevertheless, "they’re still in-step." Additionally, "she’s protecting herself just a bit with her hands in front of her," according to Brown, which might show how she feels about all the cameras surrounding her. Honestly, no matter how long you’ve been in the spotlight, it can’t be easy to be photographed so intensely.

"Overall this is the most relaxed we’ve seen them in a long time!" Brown says.

5They’ve still got the hots for each other. 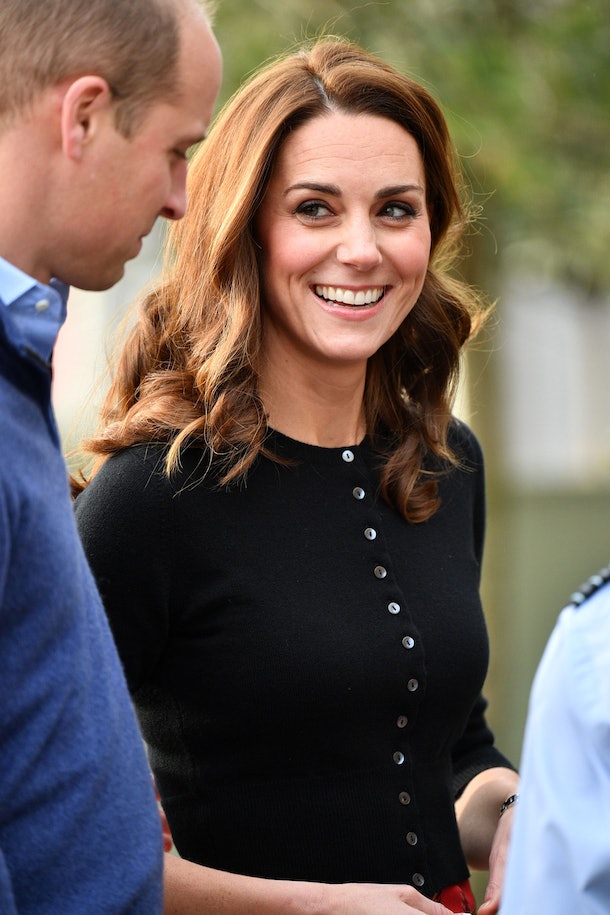 If you were worried about this couple’s chemistry fading after so many years together, don’t fret. According to Brown, in this photo, it’s clear that the love is very much alive. "We see what we love from them so much," she says. "Her radiant smile says it all as she looks at him. They’re still in love!" Le sigh.

Even though the Duke and Duchess’ appearances aren’t as PDA-filled as Prince Harry and Meghan Markle’s, that doesn’t mean they aren’t happy together. If their body language cues are any indication, these two are doing just fine. They seem to be thriving, even — happy in that sweet spot way post-honeymoon phase that only couples who are really comfortable together are. Clearly these two are in it for the long-haul, and I can’t wait to watch them grow in their love.