Reformed neo-Nazi, 54, reveals how he led a double life for 20 years and used to celebrate Hitler’s birthday with a Swastika cake – while helping anyone ‘regardless of colour and religion’ in his 9-5 job as a security manager

A reformed neo-Nazi has revealed how he lived a double life for over 20 years while part of the extreme far-right movement.

Nigel Bromage, 54, from Birmingham, was groomed into extremism after being approached at 15 by an anti-IRA organisation which turned out to be an arm of the National Front.

He quickly became the West Midlands organiser for another group, the British Movement, which openly promotes Nazism, and later became part of neo-Nazi organisation Combat 18.

After leaving his job as a security manager, Nigel was part of an ‘openly racist organisation’, who every year celebrated the birthday of Adolf Hitler with a cake in the shape of a Swastika. 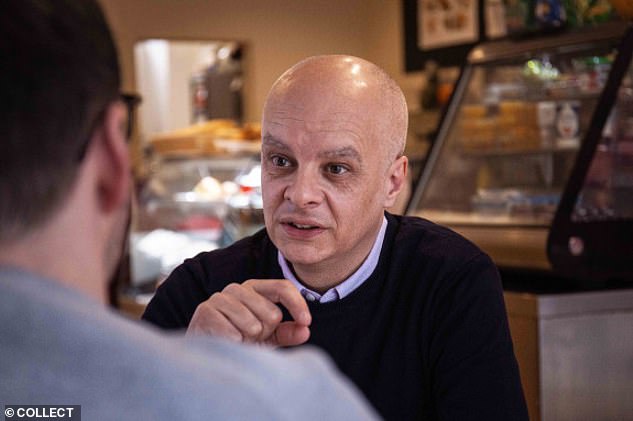 Nigel Bromage, 54, (pictured) from Birmingham, was groomed into extremism after being approached at 15 and revealed how he lived a double life for over 20 years while part of Britain’s extreme far-right movement 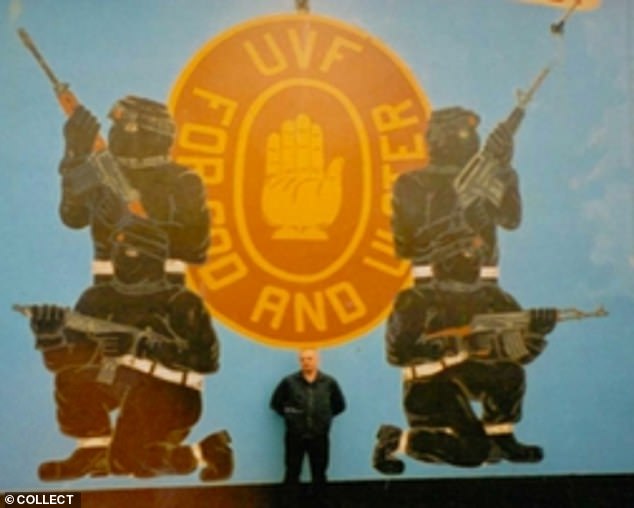 Nigel is pictured posing in front of a mural dedicated to loyalist paramilitary group Ulster Volunteers, a unionist militia founded in 1912 to block domestic self-government for Ireland

‘When you look back it sounds absolutely crazy but every April 20, which is Hitler’s birthday,’ said Nigel, ‘If you are a National Socialist in England or the USA, you will celebrate that day and the birth of Adolf Hitler and all the things you thought he had achieved.

‘There would be a cake made in the shape of a Swastika, there would be drinking, music. It would just be a regular party, which from the outside world sounds crazy but once you’re in it, that’s part of your social networking.’

Nigel, whose relationship with his wife shattered due to the strain of the movement, says he was ‘always working’ while campaigning with the far-right, but would pour the ‘majority’ of wages into the movement.

‘I was always working during the time I was involved’, he said, ‘It always comes across in the day you’d have a full time job, you’d be helping anybody regardless of colour and religion. 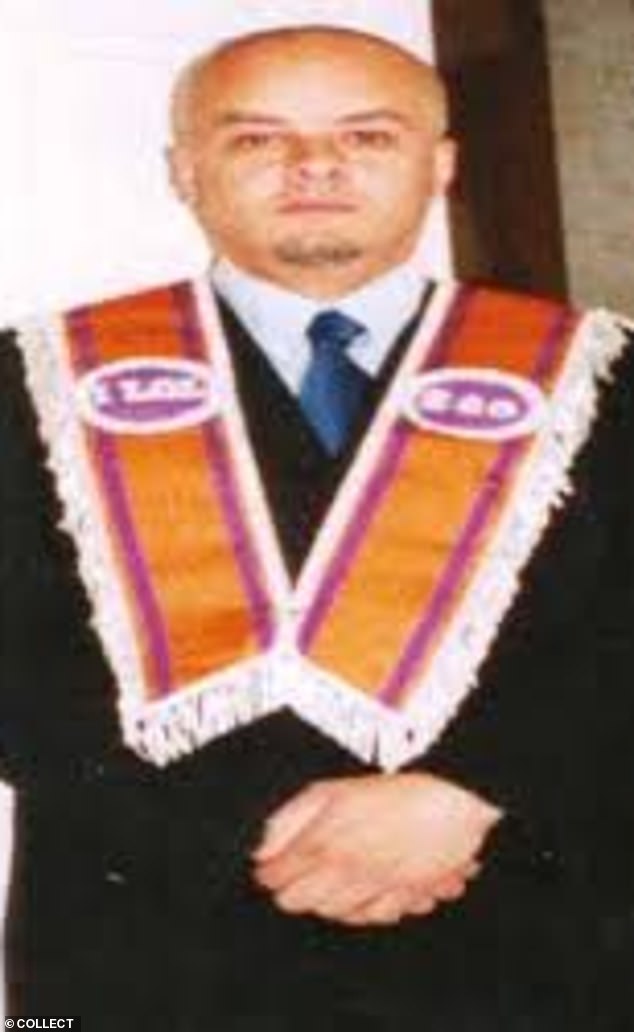 Nigel, pictured while in the far-right movement, became the West Midlands organiser for another group, the British Movement, which openly promotes Nazism, and later became part of neo-Nazi organisation Combat 18 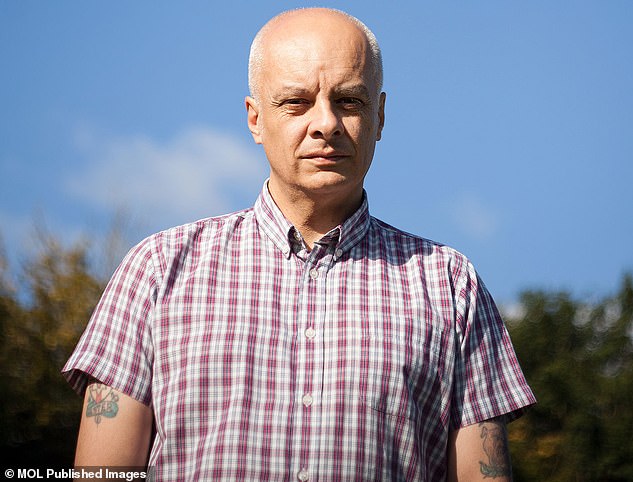 Nigel, whose relationship with his wife shattered due to the strain of the movement, says he was ‘always working’ while campaigning with the far-right, but would pour the ‘majority’ of wages into the movement 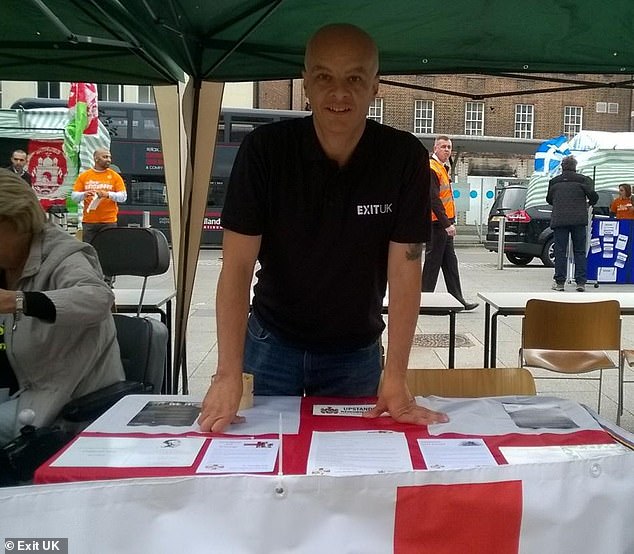 ‘Then in the evenings and on the weekend, you’d become a very different person and for me, the majority of the money I earned went straight into movement, because I believed the movement was everything.’

Nigel, who now works to fight radicalisation and help members of the far-right movement escape through his organisation Exit UK, told that it was the sense of solidarity with his ‘comrades’ that kept him indoctrinated in the far-right for years.

WHAT IS THE NATIONAL FRONT AND BRITISH MOVEMENT?

Founded in 1967, the National Front is a far-right, fascist political party in the United Kingdom. It is currently led by Tony Martin.

It has never been elected to the British or European Parliaments, but was formerly one of the most high-profile fascist street movements in Britain.

It was formed as a political party but later appeared more as a pressure and activist group, with a history of violence.

‘I had things like Nazi b*****d spray painted on my garage, replica petrol bombs put on the door, threatening calls to my mum who at the time who had cancer.

‘Stuff like that really sticks with you – and things like that, the calls to my mum, really kept me in the far-right for years.

‘When people are phoning you up and threatening your family, that reinforces that the only people who are with you are your comrades and then you’re all in it together.’

During his early years in the movement, Nigel would take part in attacking IRA marches and would often become embroiled in physical fights with far-left organisations while promoting his ideology on the streets of Birmingham.

‘It was chaotic’, said Nigel, ‘You would be there selling papers and very quickly you would be being abused in Birmingham city center, and then it may escalate into a fight and you would have to try and survive and get away before the police arrive.’

Nigel’s journey into the movement began after being approached by a political group looking to fight against the IRA.

But ‘over a period of a couple of years’ he found himself dragged into a world of the far-right, admitting that the organisations were able to give him support he felt he could get nowhere else.

‘Unfortunately my mum was dying of cancer,’ he said, ‘They were really supportive, they took mum to appointments, they took me there with her, they got the shopping in.

‘Dad was away, he was an HGV driver who was away quite a lot and that really was the open door they needed to get involved.’

Nigel had help from extended family, but confessed that having ‘activists on the estate’ offering help was the support network he needed at the time.

‘I just thought they were normal guys just helping out really, but when I look back I see they saw I was in desperate need.’

After over 20 years, Nigel revealed his wake-up call came after a black victim was threatened by extremists in front of a woman and children, which shocked him into escaping the organisations. 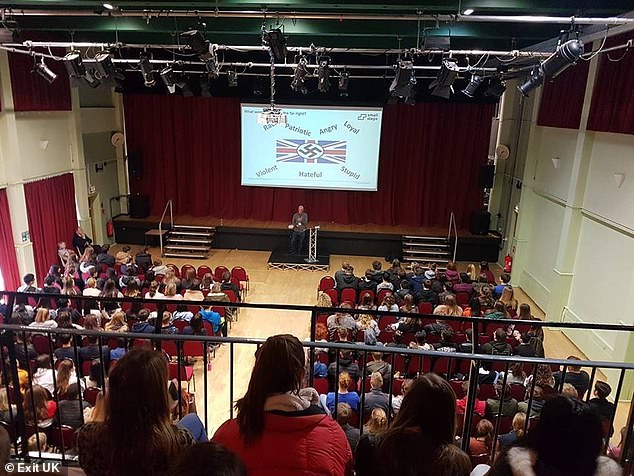 After over 20 years, Nigel, pictured speaking for Exit UK, revealed his wakeup call came after a black victim was threatened by extremists in front of a woman and children, which shocked him into escaping the organisations 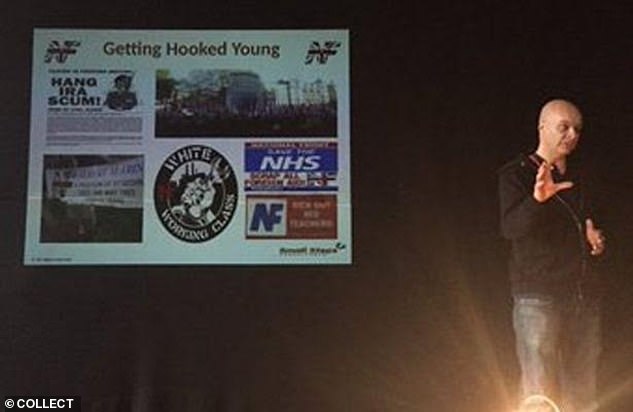 But now Nigel, pictured speaking for Exit UK, sees the same techniques which lured him into the movement, but happening online, with leaders of the movement seeking out vulnerable users they know have ‘issues’

But now Nigel sees the same techniques which lured him into the movement, but happening online, with leaders of the movement seeking out vulnerable users they know have ‘issues’.

‘It’s very much people will go to certain platforms where they know there will be other people with issues’, said Nigel.

‘Then just like the IRA was used for myself to recruit me, what they will do is use terminology memes especially to get people of a certain mindset and bring them over to the group they want to recruit for.’

Now Nigel runs Exit UK, an organisation offering providing first-hand support and advice to members of far-right groups, and also gives talks on how people can be recruited into these organisations. 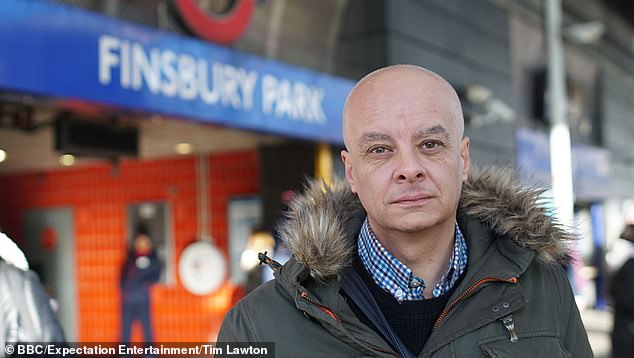 ‘Initially there’s a lot of sensitivity because you’e a former neo-Nazi – but then you go in and explain the reasons you were involved in the group.

‘When you talk about signs to look out for, through compassion and education we’re going to try and challenge people’s opinions and get them out.’

Nigel appeared in a recent BBC documentary addressing a group of Muslim women about the Finsbury Park attack in 2017.

‘The reaction is amazing’, said Nigel, ‘That’s the only way I can put it, where do we go from places like Finsbury Park?

‘Everywhere we go city after city the welcoming is amazing. These people welcome you with open arms and they realise we all make mistakes, but ultimately some of them are bigger than others.’ 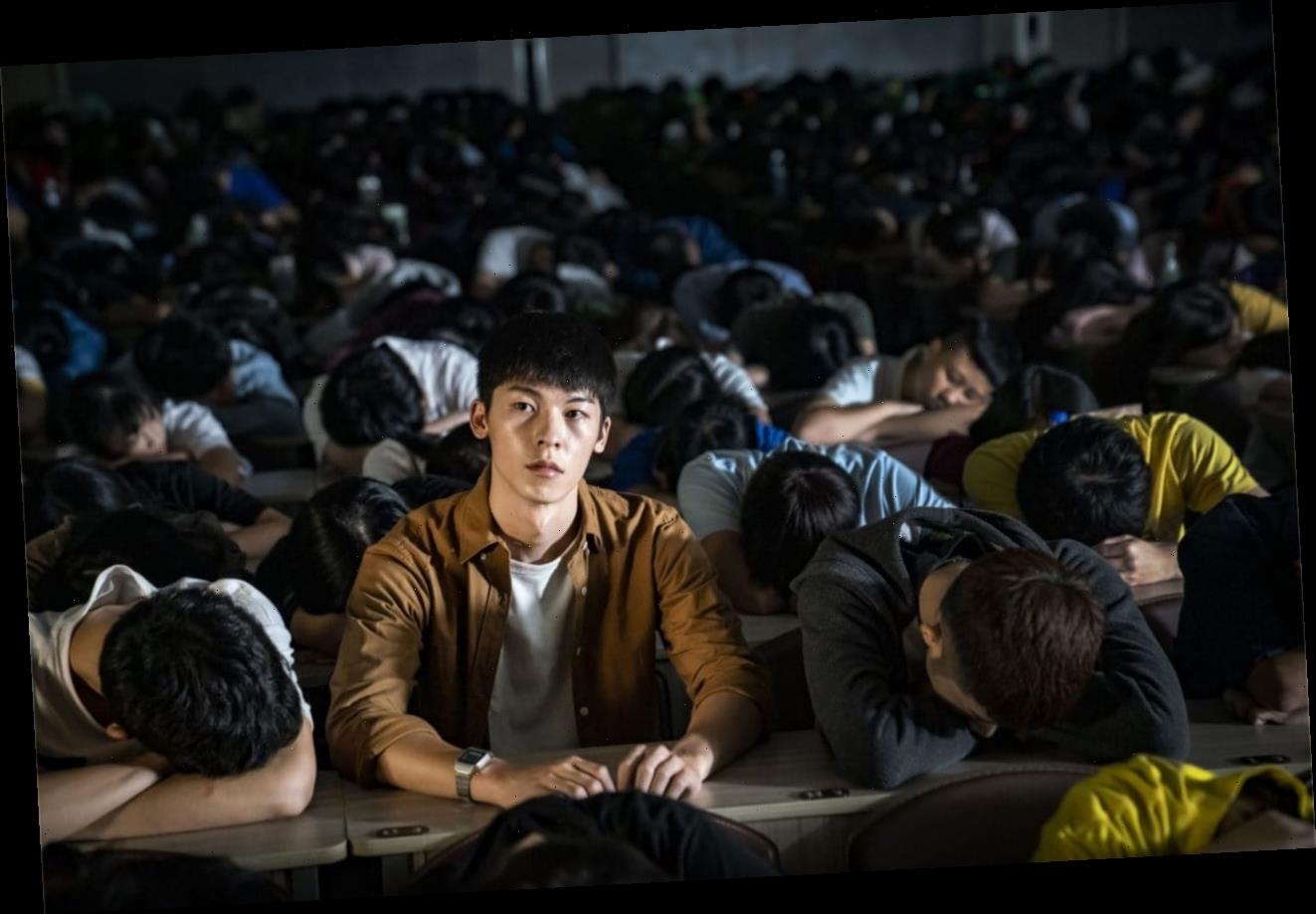