The one lesson I’ve learned from life: Saffron Barker says don’t let bullies hold you back

Saffron Barker, 20, starred in last year’s Strictly Come Dancing, paired with professional A J Pritchard. Almost 2.5 million people subscribe to her YouTube channel. She lives with her parents and three brothers in Brighton.

I was born deaf in one ear and hard of hearing in the other. It was very isolating.

When I was younger, I had 13 operations on my ears. Being in hospital by myself was scary, but I have fond memories of how kind the nurses were to me. The NHS was amazing. But the experience meant I lacked self-confidence. 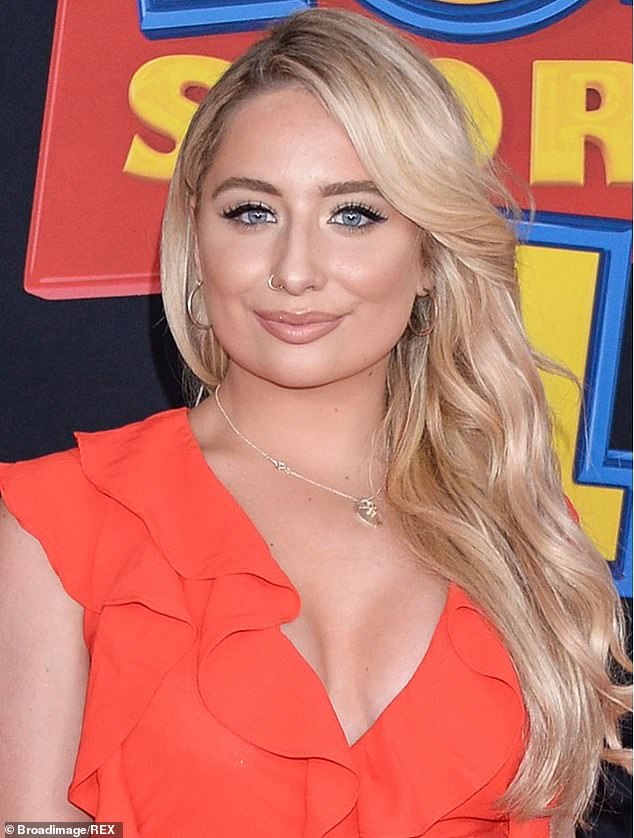 Saffron Barker, 20, (pictured) who lives in Brighton, revealed how she overcame bullies in her school to become a YouTube star

When, at 15, I decided to create my own YouTube channel, I was nervous. There were bullies at my school and I was worried I’d be teased. ‘Who does that Saffron think she is?’ That kind of thing. Then I went on holiday with my family to Florida and, with their support, I took my courage in both hands. I started filming my life every single day and I tried to put to the back of my mind the fact that everyone would have an opinion about it.

You’ve got to make your own luck in life, haven’t you?

To begin with, I didn’t have many followers online, but I stuck at it. The harder I worked, the bigger I got and the less people criticised me.

But I did start attracting trolls (online bullies), too, and they were very negative. There’s no regulation of it, so it was something I just had to deal with.

I’m older now and I’ve got used to it. In time, I realised that what I’ve achieved far outweighs any online negativity I might attract. My followers are now a really positive community.

I wasn’t academic at school, but I was passionate about my videos. I never dreamed, though, that it would turn into my job.

My mantra became: Believe in yourself. Which I kept repeating when I did Strictly last year.

Now, the sky’s the limit. I’m living proof that, if you follow your dream and go with your heart, you can achieve anything you set out to do.