Spoilers ahead for the plot of Vanity Fair, the novel and previous adaptations. William Makepeace Thackeray’s Vanity Fair has been adapted a number of times, thanks in large part to its alluring and ambitious main character, Becky Sharp. While any woman that inspired Becky would have been a force to be reckoned with, it doesn’t seem that Thackeray based Becky Sharp from Vanity Fair on one real person. As you’ll see when Amazon Prime’s Vanity Fair miniseries premieres on Dec. 21, that’s probably for the best considering all the ways Becky uses and manipulates people. But many scholars have drawn connections to Thackeray’s character to real historical women who bucked tradition and became infamous for their unconventional and somewhat scheming behavior.

Reese Witherspoon plays a more sympathetic Becky in the 2004 film adaptation, but Olivia Cooke brings the cunning social climber to life for this seven-part miniseries. Vanity Fair already aired in the U.K. on ITV a few months ago. But the series hits Amazon in its entirety just before the year-end, so you can see how Cooke portrays this notorious character.

As for if Becky is based on a real person, the Vanity Fair reader’s guide from publisher Penguin Random House notes in Thackeray’s bio that the author often used his wife Isabella Shaw as a model for some of "his virtuous but weak heroines." Those characteristics certainly don’t apply to Becky and are much more fitting for her friend Amelia Sedley. Instead, it doesn’t appear that Thackeray based Becky on anyone in particular — and if he did, the 19th-century author didn’t make his inspiration known to the public. 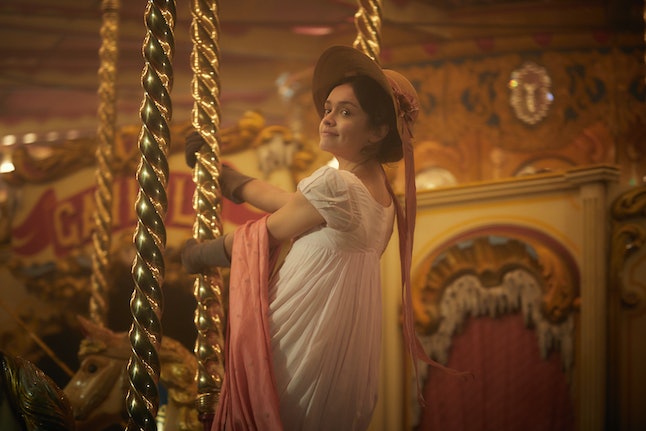 However, Oscar Wilde claimed to have some intel on who gave Thackeray the idea for Becky. British scholar Karl E. Beckson documented what Wilde said on the topic in his book The Aesthetes and Decadents of the 1890s: An Anthology of British Poetry and Prose. Wilde referenced Becky’s eventual marriage to Rawdon Crawley and wrote: 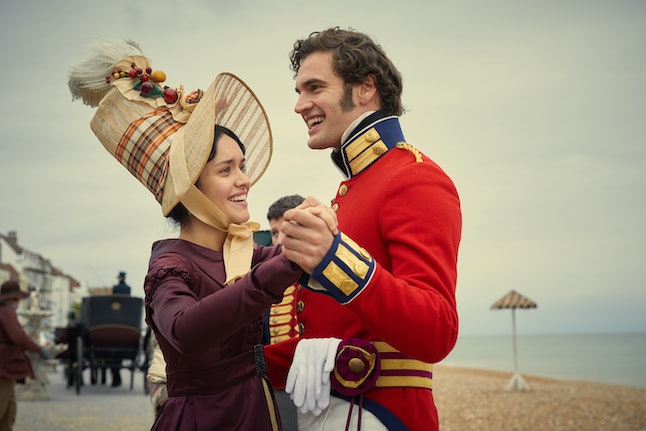 Wilde’s report is technically hearsay, so it’s unclear if Thackeray really had this governess in mind when he wrote Vanity Fair. And even with this report, scholars have theorized other inspirations. For example, in the article "The Creation of Becky Sharp in Vanity Fair," John P. Frazee argued that Thackeray based Becky on Mary Anne Clarke and Harriette Wilson. The History of Parliament Trust notes that Clarke was part of a major scandal in 1809 due to her affair with Prince Frederick, King George III’s son. And, as the University of Edinburgh’s Dangerous Women Project outlines, Wilson was a famous Regency era courtesan who published her memoirs.

The cunning and ambitious Becky Sharp has captivated the attention of audiences for centuries. So it makes sense that people would be curious to know if a real woman had influenced his writing. But even though there may have been other women who acted like Becky in the 1800s, she appears to be a unique creation — just as she would want it.