Strictly Come Dancing saw 12 celebrities take to the dancefloor tonight with their professional dance partners. All the couples performed one routine in front of judges, Craig Revel Horwood, Motsi Mabuse and Shirley Ballas. Tonight’s show is the first live show of the series and, as per tradition, a couple will not leave the competition this weekend.

Consequently, there will be no Strictly Come Dancing results show tomorrow evening as many fans would have expected.

Couples will begin to be eliminated from the show from next weekend with the first results show taking place on Sunday, November 1.

One pair will have to leave the competition next week – whom will it be?

In tonight’s show television personality Jamie Laing and Karen Hauer scored a total of a 14 out of 30 for their Cha Cha and MP Jacqui Smith and her partner Anton Du Beke scored 13 out of 30, making the two couples the lowest-scoring duos. 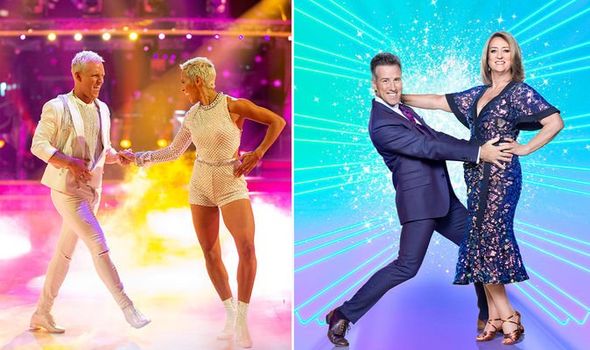 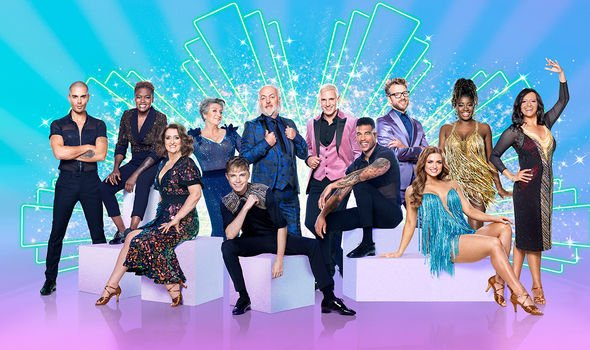 Express.co.uk spoke to body language expert Judi James to see whom she thinks will be booted off next week.

“There must have been a sigh of relief from some of the celebs when they heard the first dance-off won’t be until next week although for some it could be a case of extending the agony,” said Judi.

“Jacqui Smith did the perfect political pitch to camera, stating with confidence that she was ‘in it to win it’ but Anton’s small grimace as she spoke looked like a moment of authenticity in an evening of hugs, tears and adoration.

“Anton has that look in his eye that he gets when he is paired with someone with little, if any, chance of winning.

“He’s playing it for laughs now but even his talent for entertainment and comedy shouldn’t keep this couple from the dance-off next week.”

As for Karen and Jamie, Judi predicted they could be “wobbly.”

“If those unforgiving white leggings don’t ensure Jamie ends up in the dance-off the contrast between his keenness and his natural talent might,” she said.

“Karen uncoupled from him quickly when the comments and low scores came in. 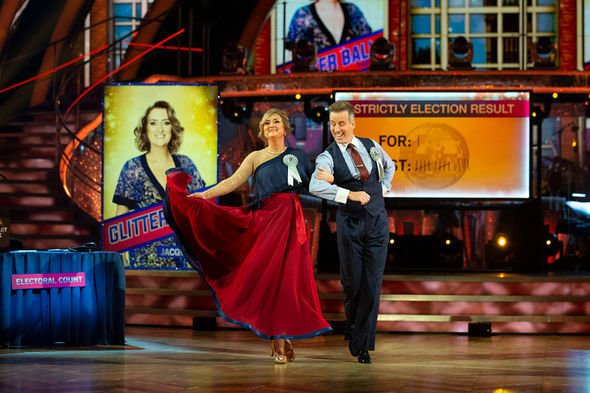 “She also used sarcasm versus his confidence during their interview, picking at her fingers and staring deadpan into the camera when he asked if she were excited about being paired with him. She should toughen him up if they stay in but they could be wobbly.”

Meanwhile, in third-lowest place with a score of 15 out of 20, was Bill Bailey and Oti Mabuse – and Judi was particularly struck with their body language.

“Many of the pairings look odd this year in terms of things like height or age differences but the shock pairing had to be Oti and Bill Bailey,” the expert said.

“At the start these two looked guaranteed a place in next week’s dance-off, with the charismatic Oti, whom we might expect to see paired with a potential winner, as usual, looking puzzled and rather distanced from the unsmiling, poker-faced Bill.” 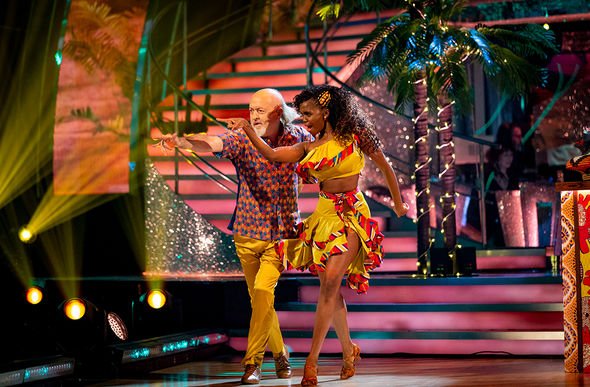 Judi continued: “Even her tears of laughter at his jokes looked forced.

“The word ‘why?’ hangs over these two but it looks like Bill is actually breaking with stereotype (the one who dances so badly they are kept in as the comedy turn) and actually going for a place in the final.

“He seems to be taking it seriously and his energy levels were unexpectedly high. He might puzzle the audience too, though.

“If they find they’re not voting to keep him in for his comedy potential, his actual talent might just be his downfall.”