An Australian father has gone viral on TikTok after sharing footage of him wearing an Elsa from Frozen costume with his son who wanted to dress up to watch Frozen 2 at the cinema in 2019.

Scott Stuart, a graphic designer and children’s author from Melbourne, said his son Colin has been ‘obsessed’ with Elsa since he was three years old and had an Elsa doll he took ‘everywhere’ – though Scott didn’t start thinking about gender stereotypes until a situation arose in 2016.

Speaking to FEMAIL, Scott said the journey of breaking down these stereotypes began after Colin came home crying from childcare as another child told him ‘dolls are for girls, not for boys’.

‘When he came back from childcare, he was really upset and distraught because someone had said ‘you shouldn’t be playing with dolls’ and he was absolutely devastated,’ Scott said.

Since then Scott said he aims to ‘change the conversation’ surrounding gender stereotypes – which has inspired him to write a new children’s book and post videos on TikTok.

In one video that has been viewed more than 4.2 million times, Scott wrote ‘my son wanted to dress as Elsa to go to the cinema, I said there is no way you’re doing that…alone’, which sparked an influx of comments from users supporting his decision. 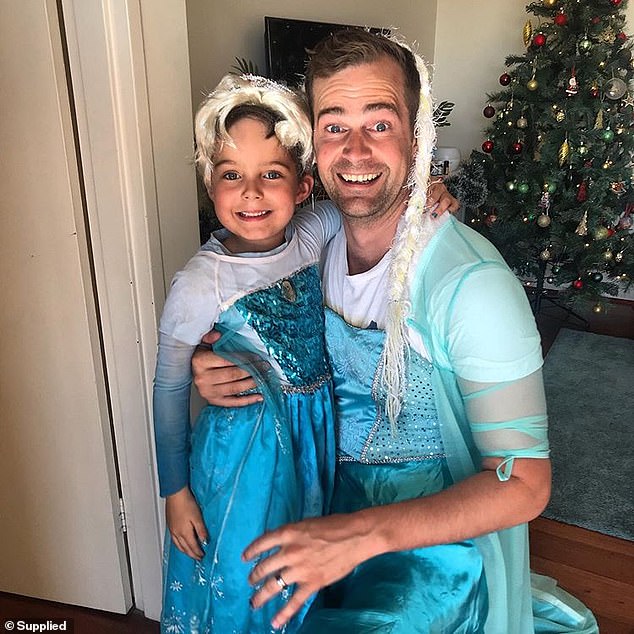 ‘This is what parenting is about,’ one said online, another added: ‘Dad of the year award!’

‘You are the model of what every parent should be – bless you,’ a third added.

At the cinema Colin, Scott and his wife all dressed up as Elsa to go see the movie, despite what others may have thought.

Scott said: ‘I have a lot of people write to me and say “I have a daughter who likes to dress-up as Spiderman or Batman and people view this as empowering, but if a boy wants to dress-up as Elsa or Wonder Woman it’s seen as shameful”‘.

‘And so I’m trying to change this conversation a bit,’ he said, saying that it’s okay for boys to wear dresses too.

When asked whether he was concerned about bullying, Colin says he isn’t worried as he and his wife are teaching Colin to have the confidence to deal with bullies, rather than teaching him to avoid the situation by not being himself.

‘Growing up I was very masculine – I played rugby, I was the captain of the rugby team and I still got bullied, so I don’t think there’s a way to avoid it in most cases,’ he said.

Despite the praise from online TikTok users around the world, Scott received some backlash from his closest family members who, at first, disagreed with his decision to allow Colin to wear a dress in public.

In another TikTok video, Scott said ‘accept my son for who he is, or don’t be in his life’, which he said was one of the hardest things he has ever had to say.

Scott said even though there were a few heated arguments, his family now fully supports his son for who he is. 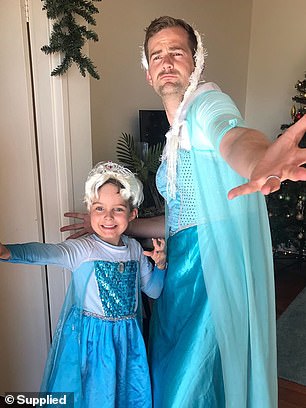 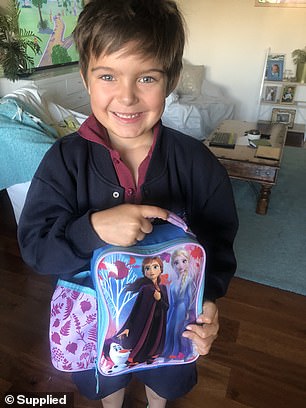 Despite the praise from online TikTok users around the world, Scott received some backlash from his closest family members who, at first, disagreed with his decision to allow Colin to wear a dress in public

When asked if he has any advice for other parents, Scott said it’s a parents responsibility to understand who their own children truly are.

‘You don’t have to believe the things I believe, you don’t have to think the same way I think, but I think it’s a parent’s responsibility to understand who their children are and to accept that, whether that’s something that makes the parents comfortable or not,’ he said.

Further to teaching his son to accept himself, Scott and his wife are also teaching Colin to be grateful by asking three questions each night at dinner. 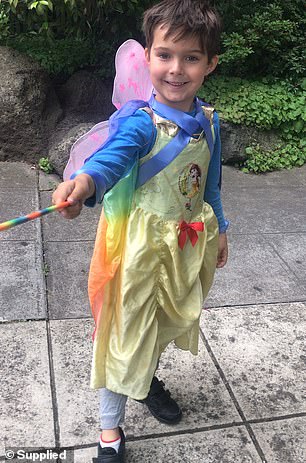 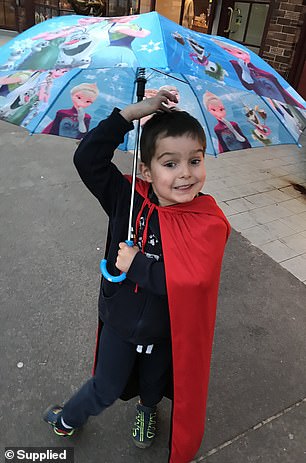 Colin has also inspired Scott to write a children’s book titled My Shadow is Pink, which is an uplifting picture book about ‘daring to be different and having the courage to be yourself’

‘We ask what are you grateful for today, how were you kind today and how can you help someone tomorrow?’ he said.

‘These simple questions focus on taking the positive aspects out of each day while also acknowledging the negative,’ he said.

Colin has also inspired Scott to write a children’s book titled My Shadow is Pink, which is an uplifting picture book about ‘daring to be different and having the courage to be yourself’.

The book will launch on August 1 and will be available to purchase online or in selected book stores.