The new book clubs where you keep schtum! No hosting. No boasting. And best of all, you get to pick the book

Book clubs: awful, right? All that pressure. All that homework. All that intellectual snobbery, all that veiled competition.

If you’re in one — perhaps you’re anxious because you still haven’t finished this month’s book and don’t understand it, are scared to admit you hated it and it’s only two days away and you’re hosting — do you ever wonder if there is an easier way to combine sociability and enjoyment of reading? That feels less like being back at school? Well, there is. Silent Book Club.

The idea is simple. You show up with a book — any book — and read it silently for an hour or so in the company of others. There’s usually chit-chat before and after, and events are usually held somewhere it’s possible to obtain the traditional book-club bucket of Pinot Grigio.

But — unlike other book clubs — there’s no pressure to come up with witty comments with which to dazzle fellow guests, you don’t have to pretend to have read Robert Musil’s modernist epic The Man Without Qualities just because the person whose turn it was to choose is showing off, and if you don’t want to listen to Daphne going on about her ex, you don’t have to. 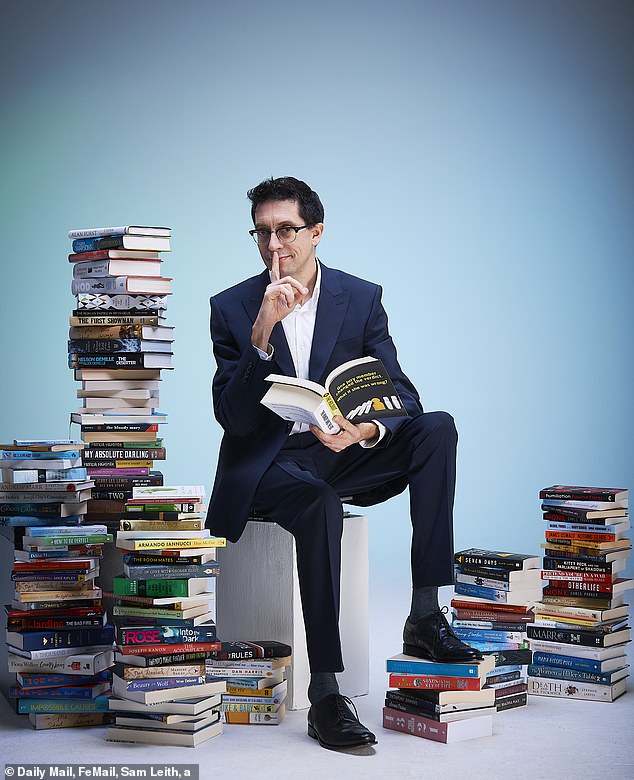 Book clubs: awful, right? All that pressure. All that homework. All that intellectual snobbery, all that veiled competition. Sam Leith (pictured) looks at a new trend of silent book clubs

Its slogans include ‘Shhh . . . we’re reading’ and ‘Welcome to introvert happy hour’. Which true bookworm wouldn’t like the sound — or lack of sound — of that?

In our clattering, beeping, roaring modern world, silence is the most precious elixir of all. We anxiously swap tips on noise-cancelling headphones, and I know at least half a dozen people — only some religious — who have been on silent retreats.

An East London hairdresser has started offering ‘silent haircuts’ for those who can’t stand small talk. Uber has introduced a Quiet Ride button for those who’d rather not talk to their drivers. Silent tech — fans, vacuum cleaners, kettles — commands a premium price. You can even go to a silent disco. So why not read in silence, too?

The Silent Book Club concept started, as much of this sort of thing does, in the San Francisco Bay Area. Originally, it was the idea of reading-time-deprived California mums, who took to meeting for a glass of wine and a few chapters of the latest Rachel Kushner in bars and cafes.

Now there are Silent Book Clubs in towns and cities worldwide, including, in Britain, Northampton, Sheffield, Manchester and London.

Tonight’s comes courtesy of Murali Veeraiyan, a tech worker in his mid-30s. He came across the concept in the U.S.

Moving back to London, he was astonished to learn we’d been managing without a franchise, so he started his own.

Now the group on event organising website Meetup has 1,100-odd subscribers. Today, there are five readers including me, but nobody seems disappointed.

It was noisier than expected. Arriving in the Black Sheep Coffee cafe and cocktail bar in London’s Euston Road on a week night, I was greeted by thunderous ambient music and a bellowing crowd of drinkers at the bar — not, on the face of it, the most auspicious place for a silent club.

But there they were, tucked away at the back, sitting around a big bowl of popcorn and looking in only slight dismay at the crowd.

Around the table are Murali, his co-organiser 28-year-old finance worker Si Ning, and two guests — one regular, John, a worker in financial tech in his late 20s; and first-timer Tricia, 32, who teaches business A-level for her day job.

John, who says this is the only organised event he attends regularly, says its attraction is that ‘you can do anything you want — you’re not set a task.

‘You spend time with people, reading quietly, and speak as much as you want or as little as you want — or not at all.’

The obvious question bears raising, though. Haven’t you just, um, invented the library? 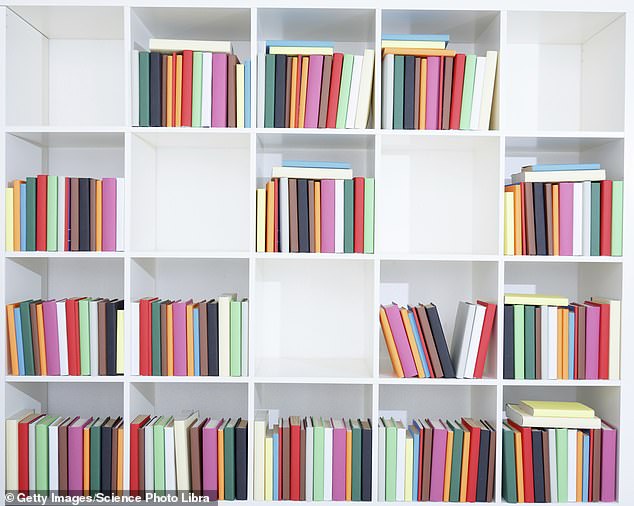 The idea is simple. You show up with a book — any book — and read it silently for an hour or so in the company of others. There’s usually chit-chat before and after, and events are usually held somewhere it’s possible to obtain the traditional book-club bucket of Pinot Grigio (stock image)

‘It’s not like a library,’ says Murali, ‘because libraries discourage you from talking. Here, it’s ok to socialise. We actually encourage people to socialise before you start reading. We have a chat and everybody will share what they’re reading. Sometimes we have a picnic in the park in the summer.’ Plus, as he doesn’t add, you can drink.

They say the book club attracts a diverse demographic, with participants ranging in age from their early 20s to their 50s. It occurs to me that it might also work as a much more civilised dating mechanism. Tinder for introverts.

Shared interests are a given, and the hour of silent reading is probably enough of a bar to entry to keep out the sex-pests.

Has there been a Silent Book Club wedding yet? ‘No. But we have had a couple of people start dating,’ says Si Ning, cheerily.

We start by talking a bit about what we’ve brought. Nobody has a copy of Margaret Atwood’s The Testaments, which, Si Ning says, may be a Silent Book Club first.

Murali tends to read non-fiction about neuroscience and decision-making. The last book he read was Solve For Happy by Mo Gawdat, about creating a happy life, and he’s now deep into the Stoics: he has an impressively battered-looking copy of Marcus Aurelius’s Meditations.

John, who favours non-fiction about history, nature and music (he recently read and enjoyed Adam Nicolson’s The Seabird’s Cry) is currently deep into a slightly techy book about the music industry called Spotify Teardown. And genre fan Tricia, fresh from Daphne du Maurier’s Rebecca, is now stuck into some Harry Potter fan fiction.

I took a proof of The Holdout — a forthcoming thriller by Graham Moore, scriptwriter of Bletchley Park drama The Imitation Game, which crime writer Sophie Hannah said is the most gripping she’s read for years.

Plus, in case Sophie was wrong, I had Timur Vermes’s new novel The Hungry And The Fat as a fallback. Then we were off. It was 7.15pm and an alarm was set for 8.15pm.

Also, checking emails is frowned upon: about ten minutes after silence was declared, I noticed a green banner on the screen of my phone indicating a message, possibly from the nanny. I started thinking, perhaps . . . Murali gave me a look on the kindly side of stern and mimed turning the phone face-down. I did.

And there, perched companionably on stools around a wooden bar table, we read happily. If I were to transcribe the next hour of my recording as dialogue, it would look a bit like: ‘ . . . ‘

I was sufficiently absorbed by my book I barely noticed the background noise. And at the end of it? The alarm went off. Everyone removed their noses from their books. And we exchanged pleasantries, five relative strangers in a bar, tucked our books in our bags, then ambled out into the drizzly night.

It was, you could say, golden.