"Hard to teach a buncha old dawgs new tricks," Nina Dobrev wrote alongside a photo of herself hanging out with Paul Wesley and his wife Ines de Ramon. "#PuppyPlayDate." 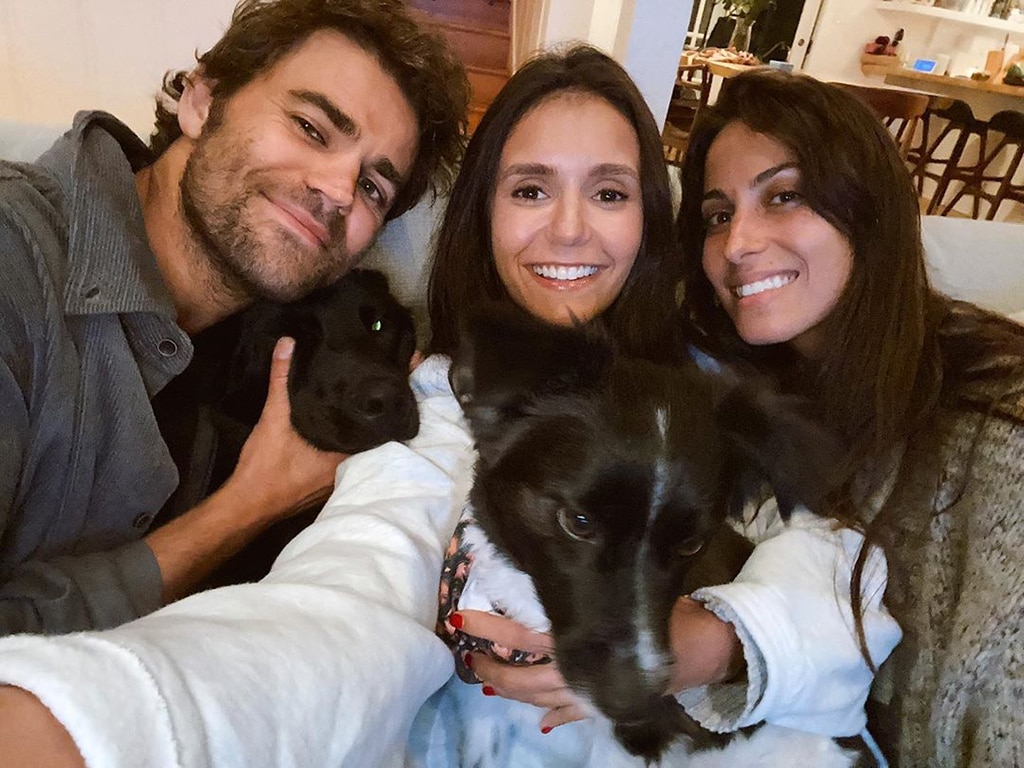 It's a Vampire Diaries reunion!

Nina Dobrev took to Instagram on Monday, Sept. 7 to share a photo of herself hanging out with Paul Wesley, his wife Ines de Ramon and their dogs.

She then jokingly described the photo as "a Dobrev and Do(g)brev Wesley sandwich." Naturally, her followers appreciated the pun.

In addition, Dobrev posted photos of the pups running around outside and playing together. She even shared a sweet snapshot of the Stefan Salvatore star cuddling with his four-legged friend.

"When they're full grown but still think they're lap dogs," the Elena Gilbert celeb captioned the image. "I'm talking about @PaulWesley."

This wasn't the first time the co-stars had reunited since The CW show ended in 2017. In fact, they've hung out on numerous occasions over the years, including at award shows and in the Big Apple.

And while there used to be rumors that there was bad blood between the co-stars, Dobrev has since set the record straight.

The speculation started after Dobrev appeared on a 2019 episode of the podcast Directionally Challenged and said the two "didn't get along at the beginning of the show." Her comment made headlines. But during an episode of Chicks in the Office later that year, Dobrev said the "story was blown out of proportion" and that she was referring to only "a very brief moment in time" when they "did not get along." She also explained how "you become a family on set."

"You spend every waking moment together—probably more moments than you do with your real family because you're there from, like, 5 in the morning until midnight, 6 a.m. sometimes," Dobrev said at the time. "So you see each other with makeup, without makeup, on good days, on bad days, when you're hungry, when you're thirsty, when you're tired. So, there are going to be mood swings. It was one of those things that we just—it's not that we didn't like each other. We just didn't appreciate each other as much as we do now—and that, of course, got blown [out] of proportion. They took one sentence out of context and deleted all of the other ones where I'm like, 'I love him. We're best friends now.'"

Thankfully, the two can now laugh off the whole thing.

To see what the rest of The Vampire Diaries cast members are up to these days, check out the gallery.