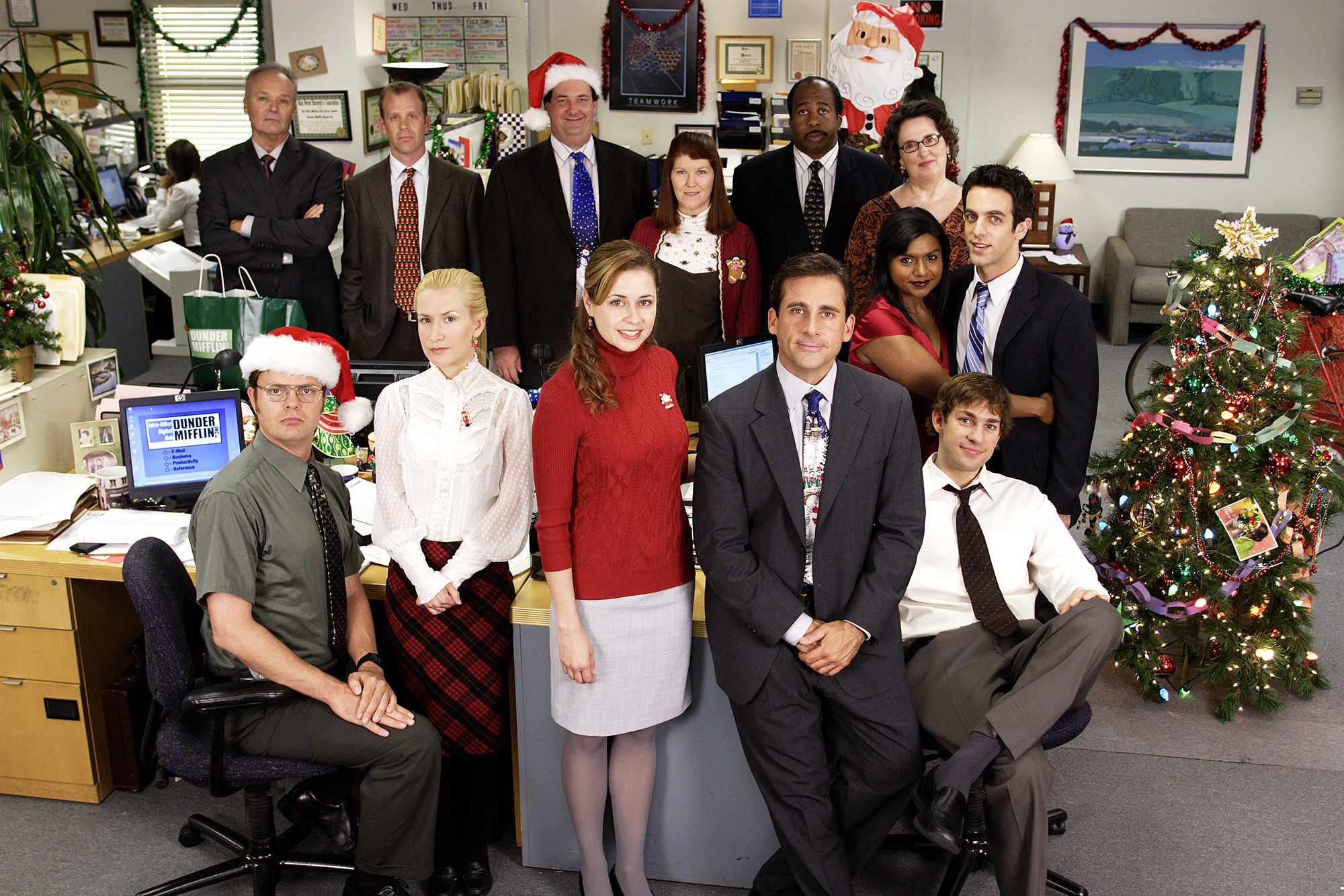 “I had brunch with these oddballs today,” Fisher, 44, wrote in her Twitter caption. “Love you #officemates #theoffice.”

The Splitting Up Together actress also posted a Christmas-themed cast photo she and her former colleagues tried to recreate with their brunch pic. “Happy Holidays!” she added. “We missed you Steve, Ellie, John, BJ, Mindy, Craig and Kate! We will see you soon!”

On Instagram, Kinsey waxed nostalgic about her time on the show. “Some of the old gang got together today,” the 47-year-old wrote. “It was so great to see everyone! I turned to Ed and said, ‘I feel like we are at a family reunion.’ He smiled and said, ‘We are.’ Thanks Greg for hosting! For those who couldn’t make it … you were missed!”

Rumors of an Office revival have intensified in the past year. Last December, multiple outlets reported a revival was in the works for the 2018-2019 television season, and two months prior, Kinsey told Us Weekly she would be game.

“I would love it, but I have no idea,” she said at the time. “Everybody is doing so many things, but sign me up!”

This February, Krasinski, 39, told Ellen DeGeneres he had heard the rumors that The Office would return for another season. “Guess who didn’t get a call? Me,” he revealed. “What does that say? NBC is like, ‘You know who we didn’t like? Jim.’”

The Office, NBC’s adaptation of a BBC comedy of the same name, ran for nine seasons between 2005 and 2013 and won five Primetime Emmy Awards.