Perhaps the best thing about my work is the people. I've met a huge variety of really interesting women of every size and shape, from every kind of relationship situation.

I've seen women of all different races and religions – Asian, Indian, South African, Muslim women who wore headscarves, Chinese women who were still learning English, Indonesian, Russian, Brazilian and more. My only requirements of a client are that she's female, respectful and hygienic. (It goes without saying that she has to be an adult.) 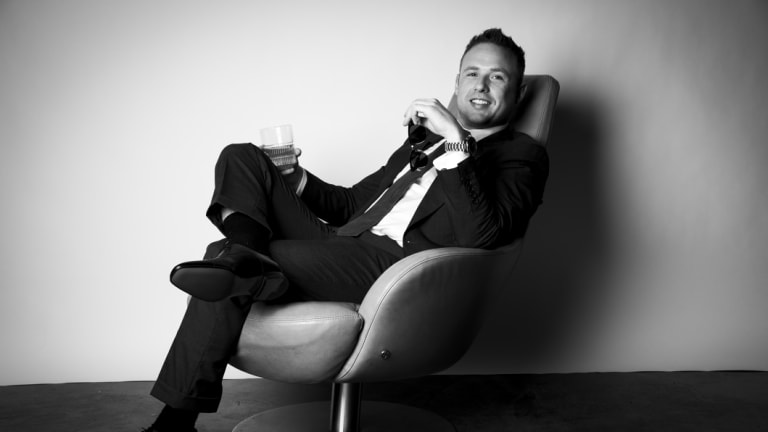 Ryan James: “There’s a big misconception that the only reason a woman would go to see a male escort would be if she was unable to get laid any other way.”Credit:Sanjeev Singh

There's no such thing as a typical client. I've seen women as young as 20 and as old as 65. I've seen women who are single, women who have partners, women who are married, divorced and widowed. Sometimes I see couples. Some of my clients have lower-or average-paying jobs and some are quite well off. Some you might recognise from TV, whether from sports, politics or acting.

There are a lot of reasons why a woman might want to come and see me. I've had a few clients who were virgins. These women came to me because they wanted their first sexual experience to be a positive one – not only pleasurable but also safe and uncomplicated, without the pressure a first-time experience can sometimes bring in a relationship.

Sometimes, my clients are motivated by relationship issues. I've had clients who were in the middle of a divorce. At a time when everything else might be falling apart for them, I might be able to offer a little comfort and bolster their self-confidence.

I've also seen clients who were married but their partners hadn't paid any attention to them for months, sometimes years or even decades. People might look at someone who's married and judge them for seeing an escort. They might say that person is cheating, but when you hear the whole story, you find it's not that simple. Having said that, the job I do is about more than just making sure my client "gets laid".

There's a big misconception among both men and women that the only reason a woman would go to see a male escort would be if she was unable to get laid anywhere else, or any other way. I know for a fact that's not the case at all. Every client I've seen – I can't think of a single exception – would have been able to go out and get laid if she wanted to. Any one of them could have gone to a bar or gone on Tinder or met someone the same way thousands of other people meet and hook up.

Instead, they all came to see a male escort because it was their choice. In every case, the client wanted to have control, to decide what she wanted to do and what she didn't want to do.

One client was a virgin until she was 40. After her first experience with me, she continued to see me and other male escorts. Since she was new to sex, she would ask me questions, so I ended up being her "sex tutor".

I've had clients who were single mothers. For them, seeing an escort was the best option. If a woman is working full-time and looking after her kids, dating may not fit into her schedule. Even if it does, she may not necessarily want to start seeing a guy when she doesn't know where the relationship is going to go. She may not want to let a guy pop into her children's lives only to disappear again in a short time. That can be very confusing for kids, something a lot of mothers don't want to deal with.

Another virgin I saw was quite young – 20 years old. She was studying full-time and working a lot so she didn't have a lot of spare time and she didn't want to invest all her time and effort into finding the right guy to sleep with. Instead, she decided to go for a sure thing, lose her virginity to a professional, and then go from there.

Rather than going to a bar or using a dating app and running the risk of having an experience that wasn't great, this client decided she'd like the entire experience to be under her control. She contacted me and explained her situation. I met her at her hotel, and it was a very interesting experience.

It was quite obvious that she was a lesbian – at least, she definitely wasn't attracted to me. Everything about the vibe of her body language was that it wasn't the male form she was attracted to. Still, I was able to help her tick that item off her bucket list.

Usually, couples who book me just want to have a good time.

Most of the time, the husband will contact me because he wants to do something for his wife. He'll tell me what she likes and what she doesn't like, and I'll make sure he understands my boundaries.

Generally speaking, when a couple book me, they know what they like. So there isn't jealousy, but it does happen occasionally. If one of them becomes uncomfortable, I try to ease the tension. If it becomes clear that one of the partners isn't entirely on board, I'll need to rethink the booking.

I have several regular clients, many of them women in their 40s or 50s. Some see me once every month, others on a more regular basis. We'll get together for a couple of hours, longer dinner dates, overnight or for weekends away. Sometimes we might even go on a holiday for a week or so.

These clients tend to be divorcees who aren't ready (or aren't inclined) to go through the hassle of dating someone again.

There have been a few times when my services as an escort have been almost therapeutic. I've seen clients with sexual issues such as vaginismus, which is an involuntary tightening of the vaginal muscles.

When a woman has this condition, it's physically painful to insert anything inside her vagina – even a tampon – and it's way too painful for her to have sex. These women use vaginal dilators and therapy to try and get to the point where they're able to have sex.

If a woman with vaginismus starts dating someone, it can be very hard to get her male partner to understand how slow and gentle he needs to be.

It might be weeks, if not months, of trying to have sex before they get to the point where they can actually do it, because it's so painful. Even if they do manage it, the experience might not be pleasurable for her.

I can only think of one client I've seen who had a disability. She was an amputee, but that was a complete non-issue for me. It didn't change her as a person at all, and it had zero effect on what we did together.

It's as if they want to justify the client's choice. If she has a "good reason" – she has a disability or she's a widow or she was a victim of sexual assault – then it's "okay" that she's seen an escort. If she doesn't have a good enough reason, the implication seems to be that she has no business seeing an escort.

But sometimes a woman just wants to have an hour or two of fun in the bedroom. There's nothing wrong with her wanting to see an escort for pure sexual enjoyment.

Edited extract from A Memoir of a Male Escort – Secrets of the Sex Industry by Ryan James (New Holland), on sale now.

This article appears in Sunday Life magazine within the Sun-Herald and the Sunday Age on sale December 9.