“We were sitting right next to each other with locked arms,” she told Page Six. “And we were both so afraid, but so empowered and feeling courageous.”

Smith, 40, Williams, 39, and more than 60 others were part of a peaceful “Day of Action” march organized by the social justice group Until Freedom. The group marched from the Louisville Metro Police Department training facility to the Denny Crum Overpass, where they were finally stopped for obstructing traffic.

Smith said Until Freedom organizers warned protestors to remain peaceful, to not touch officers or scream, but calmly walk toward the bridge.

However, she claims officers “aggressively” pushed some of the men and women back, causing tension among the officers and protestors. 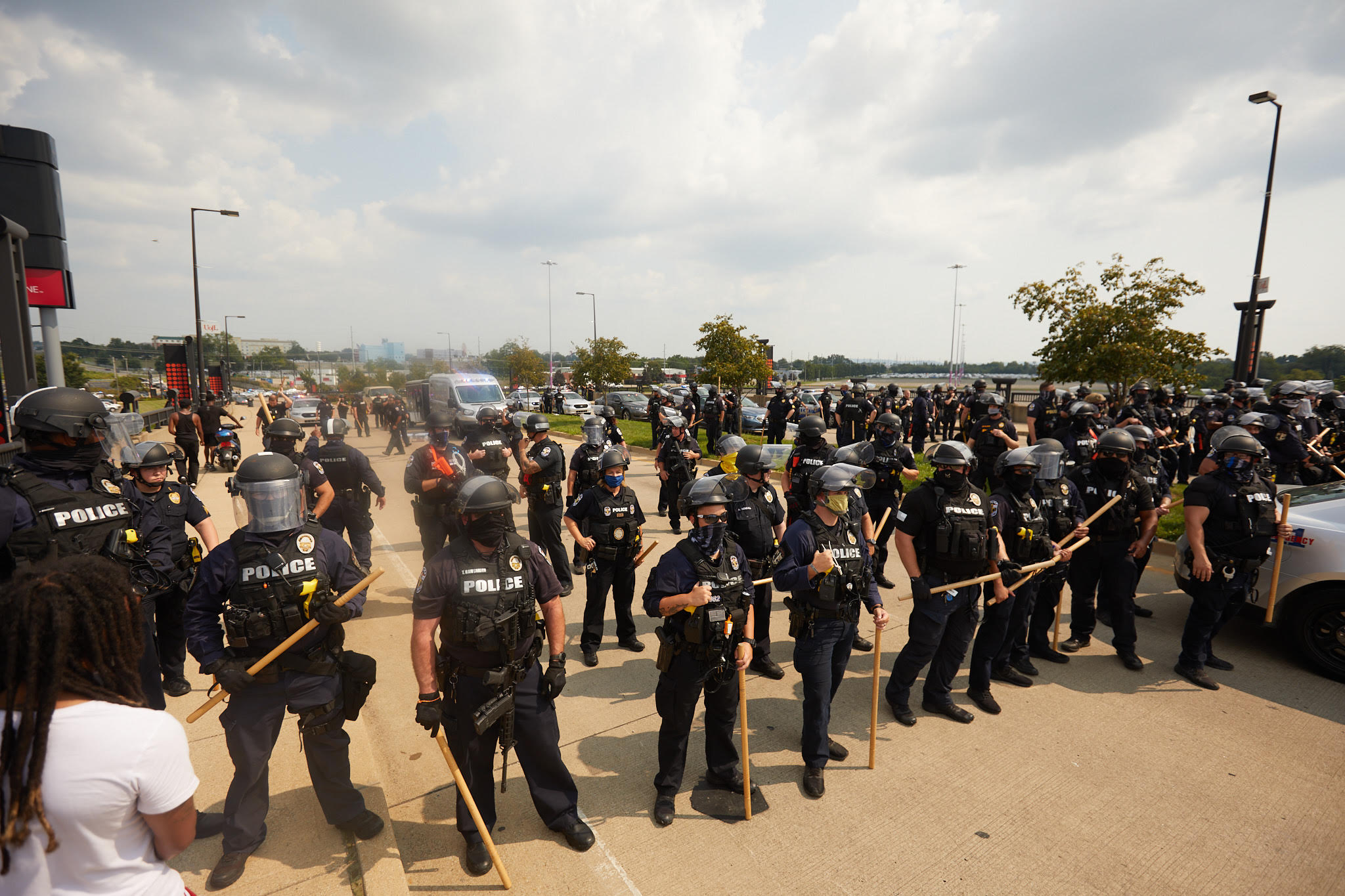 The reality star said police did not warn them that arrests were going to be made or give them an opportunity to walk away.

One by one, each protestor was placed in plastic handcuffs and sat on a curb while they waited in the 98-degree heat for about two hours to be processed, Smith said.

They were then taken to a paddy wagon, where the protestors were to be transported to a nearby prison facility, Smith said.

While inside the van, the “LHHNY” star said men and women were divided into rows, and crammed together closely as they kneeled.

“A lot of us were claustrophobic,” she said, pointing out that some removed their face masks because, “When you’re in that van, it was so incredibly hot you would not be able to survive with your mask on.”

After a 25-minute ride, they arrived at the detention center, where Smith said the protestors were handcuffed to makeshift metal cages outside in the parking lot before undergoing a stringent search process. 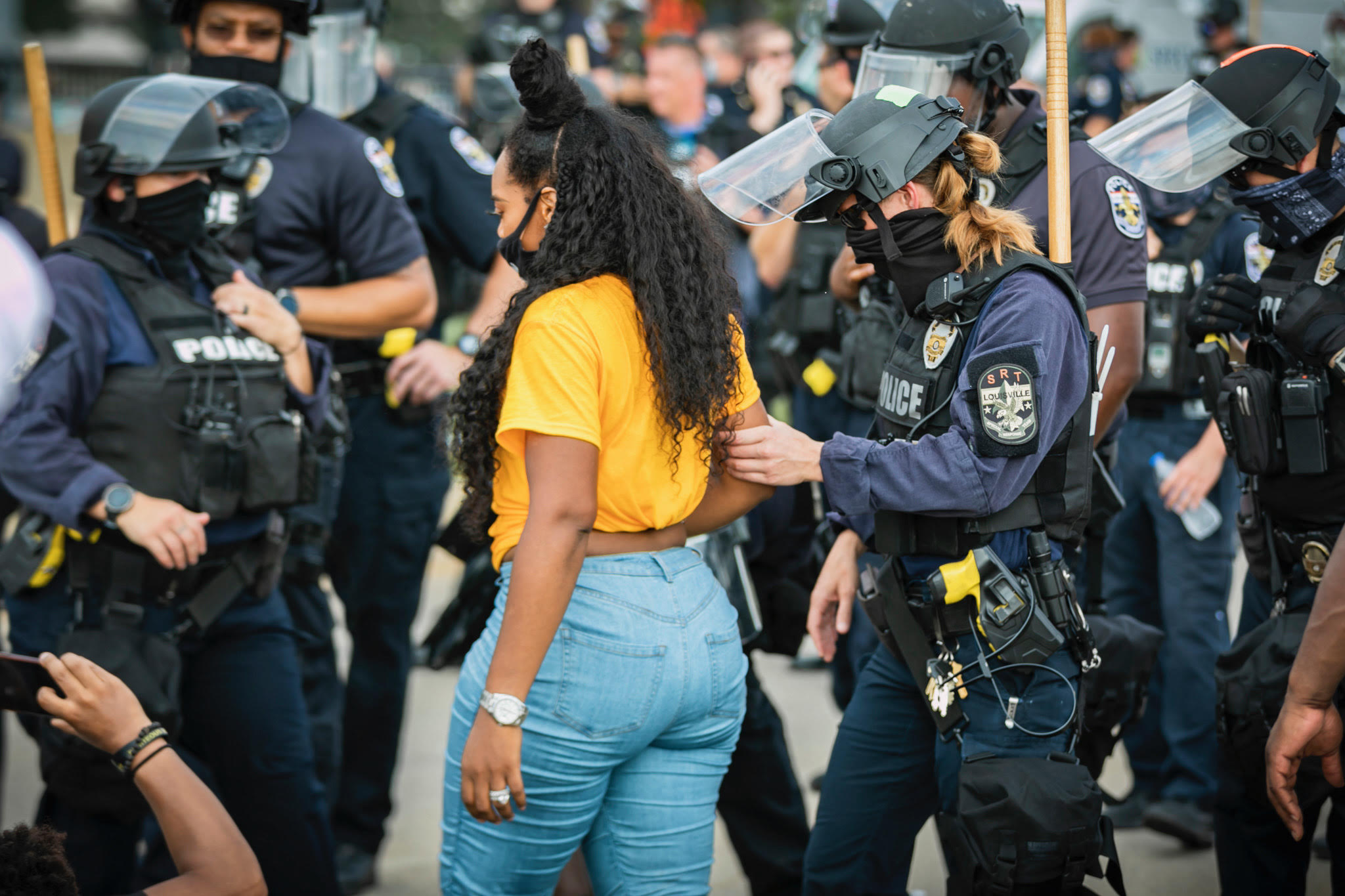 Before transferring the protestors to a cell, each person was “processed,” meaning they were asked to remove jewelry, weapons and cell phones.

Smith had two phones — one that was confiscated at first and another hidden in her pants pocket that helped her leak some footage on social media — but she said she turned it in during the search.

“I wanted to document as much as possible what was happening so people could see, like we are peacefully protesting while the murderers of this young woman are going to work,” she said. “They’re living their lives on vacations, while us that are trying to get justice for her and are not breaking the law are getting arrested.”

Smith said the only COVID-19 screening that took place before entering the facility was that their temperature was taken and they were asked, “Have you been exposed to COVID?”

“Basically, they tell you if you’ve been exposed, you’re going to go to a cell with people with COVID,” she said, adding,  “They make you take off your mask to process you, so you’re talking to these officers — some of them have on masks, many of them did not.”

But Louisville Metro Department of Corrections told Page Six in a statement, “Officers must wear a mask. Everyone booked gets a mask. There is no shortage. Everyone is screened for COVID-19 to include symptom check and a temperature check.”

Smith said women who were menstruating and needed to use the bathroom were forced to use a restroom shared by men and women on the processing floor.

“The amount of humiliation is crazy,” she said. “The bathroom is just completely disgusting, like feces on the toilet. Feces on the floor. You would think there was a puddle of water, but it was urine.”

Once inside the cells, the “LHHNY” star said there was one toilet to be used by everyone being held there, which Smith said was about 40 women at a time.

“They gave us blankets when we checked in,” she said. “We would hold the blanket in the cell for women that had to use the bathroom.”

However, Smith claimed protestors were told there was a recent bed bug outbreak, so some were hesitant to even touch the blankets.

“If we touched it, we could be possibly bringing it back to our home,” she said. “I don’t want to even take the risk of infecting my children because of the inhumane conditions that’s going on there right now.”

Smith said the women tried to remain positive by singing songs to uplift one another.

“We took care of each other,” she said. “We laid on each other’s laps. I initiated a charades game. It was truly a moment of, like, let’s create peace. Let’s create a unified sisterhood that’s going to keep everyone calm.” 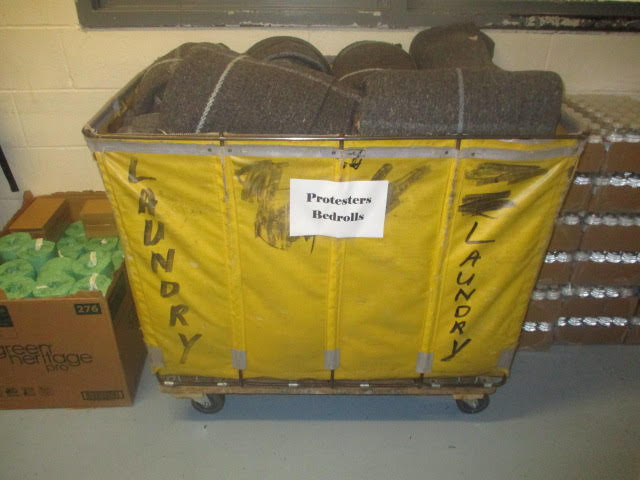 Photos from inside the Louisville Metro Department of Corrections 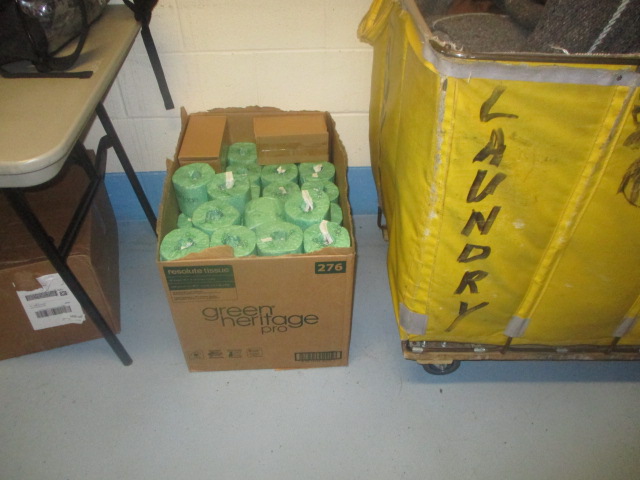 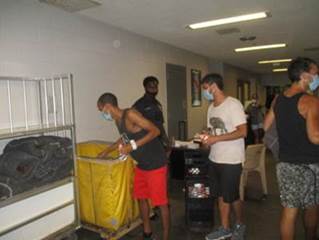 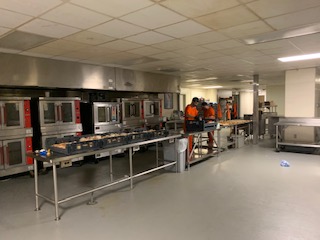 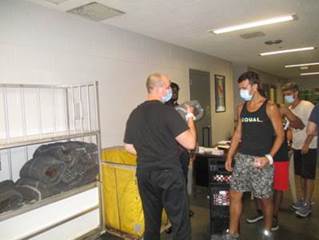