One of the casualties of the pandemic has been the normal rules of news. I sat through many days of evidence in the first part of the Grenfell Tower inquiry, in which the testimony of survivors was heard. Anyone who listened to any part of that relived trauma could not help but feel the importance of the current, second inquiry stage, in which the slow gears of evidence-gathering are ratcheting toward apportioned blame.

On Monday, a junior former employee of the cladding supplier Celotex told the inquiry that he had witnessed how a critical fire-safety test for the panels used on the tower block had been rigged – or “dishonestly over-engineered” in a way that was “intended to mislead” buyers about the product’s flammability. This allegation sounded like the closest the inquiry has yet come to understanding why the Celotex panels, through which the fire spread so catastrophically, came to be fitted to the building.

Despite all those headlines demanding “the Truth” three-and-a-half years ago, this information caused barely a ripple of news. At the very least, you would have thought, in a more “normal” world, the allegation would have been enough to have investors running for cover. Celotex is owned by the French conglomerate Saint-Gobain. Its share price on Friday was a couple of percentage points up from Monday. 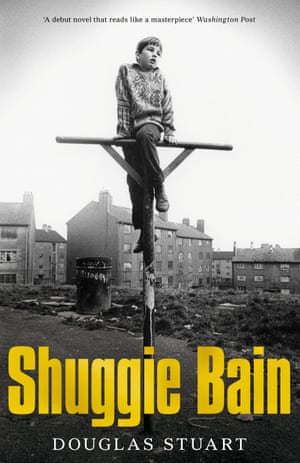 It’s an annual ritual for me, on the morning after the Booker prize, to belatedly try to get hold of a copy of the winning novel and realise I’m not alone. In the absence of open bookshops this year, I called up Douglas Stuart’s victorious debut, Shuggie Bain, on Amazon to see a quoted delivery time of a fortnight. I’ve been slow in trying out Bookshop.org, which aims to revolutionise bookselling by offering a single Amazon-style portal for independent bookstores, which each have their own “storefront” on its site. More than 300 shops, many desperate to survive this lockdown winter, have signed up so far, including, I discovered happily, the Primrose Hill Bookshop, one of my locals. Shuggie Bain will arrive on Monday. 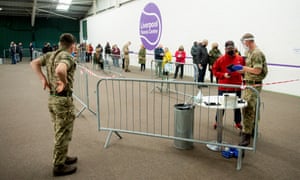 We have a government that covers its failings with announcements involving enormous round numbers. One result is that hardly a day goes by without me being reminded of that essential pair of questions about confusing zeroes set out in John Lanchester’s book Whoops!, written after the financial crash.

The questions go as follows: “Without doing the calculation, guess how long a million seconds is. Now try the same for a billion seconds. Ready? A million seconds is less than 12 days; a billion seconds is almost 32 years.” Multiplied by a hundred, that latter figure is how much public money the government boasts it will spend on Operation Moonshot, the Covid mass-testing programme that its own scientific advisers disown. You do the math.

Speaking of unfathomable numbers, today I turn 55. The idea that I’m theoretically able to cash in a pension competes in my head with that laughably hopeful voice that still insists: “Really, you are only just getting going.” The worst and best thing about writing Sunday journalism for a living is that almost every week for the past 30 years has begun with a series of ever-scary blank pages and a version of those two thoughts that says as much about life as about writing: “Last week’s story didn’t work out quite as well as I hoped – but this is definitely the week that I will finally nail it.”

• Tim Adams is an Observer columnist