“She gave me a long whole a– paragraph basically saying that I’m jealous and I should be because I’m an insecure b–h,” Zoe claimed.

TikTok star Zoe Laverne’s beef with Charli D’Amelio appears to have been reignited once again.

In an audio recording released earlier this week, Zoe, 19, claimed that Charli, 16, — who is TikTok’s top creator — messaged her and called her “an insecure bitch.”

“Charli D’Amelio made me cry,” Zoe can be heard saying in the clip, which was posted on Twitter and Instagram TikTok news accounts Wednesday. “She gave me a long whole ass paragraph basically saying that I’m jealous and I should be because I’m an insecure bitch.”

During an Instagram Live one day later, Zoe — who has been the subject of controversies in the past — appeared to shade Charli by making fun of the fans of TikTok’s most-followed star. For those who don’t know, Charli’s fans are called Dunkies as they are named after Charli’s love of Dunkin Donuts.

In a screenshot posted by the Instagram profile, TikTok Shameroom, Zoe seemed to refer to Charli’s fans as “Dumkins,” writing, “Look at all these dumbkins.”

Instagram users shared their thoughts on Zoe’s remarks in the comments section of the post, with many followers claiming Zoe is “obsessed” with Charli.

“LEAVE CHARLI AND HER FANDOM ALONE😭” one user wrote, while another asked, “Why is she so obsessed w charli 😭”

“How does one become so pressed at a 16 year old,” another commented.

This isn’t the first time Zoe has been heard insulting Charli in audio recordings.

“If you’re gonna defend a f–king stinky ass whore, don’t f–king ring me in the car,” she said in the audio at the time, per Dexerto. “I’m not gonna sit in there, and act like I like Charli D’Amelio, okay?”

Both Charli and her older sister, Dixie D’Amelio, called out Zoe over her comments. Zoe later told her followers on social media that she had apologized to Charli, but she said Charli didn’t reply.

“It’s not that deep,” Zoe said in an Instagram Live. “I reached out to Charli and apologized to her. I sent her multiple paragraphs after paragraphs apologizing to her, and telling her that I’m sorry and that I didn’t mean what I said and that I was just mad.” 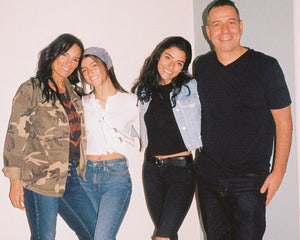 According to Dexerto, Zoe has had beef with Charli since the latter surpassed her in followers back in July.

At the time, Zoe’s ex-boyfriend, Cody Orlove, shared an older video that showed Zoe sobbing as she expressed her concern that Charli would pass her in followers and become the TikTok queen.

“I have literally been crying about this for like, an hour,” Zoe can be heard saying in the video, per Dexerto. “It’s just so, like, pathetic that she like, comes in and almost passes me… she’s so close to passing me, and everybody’s reminding me that she’s gonna pass me!”

“I just want to prove to this bitch that I am better than her, because I am Zoe f–king Laverne, and I am literally the star of TikTok!” she continued. “And TikTok is putting me down and lifting her up, and I’m about to go to TikTok headquarters and strangle their necks.”