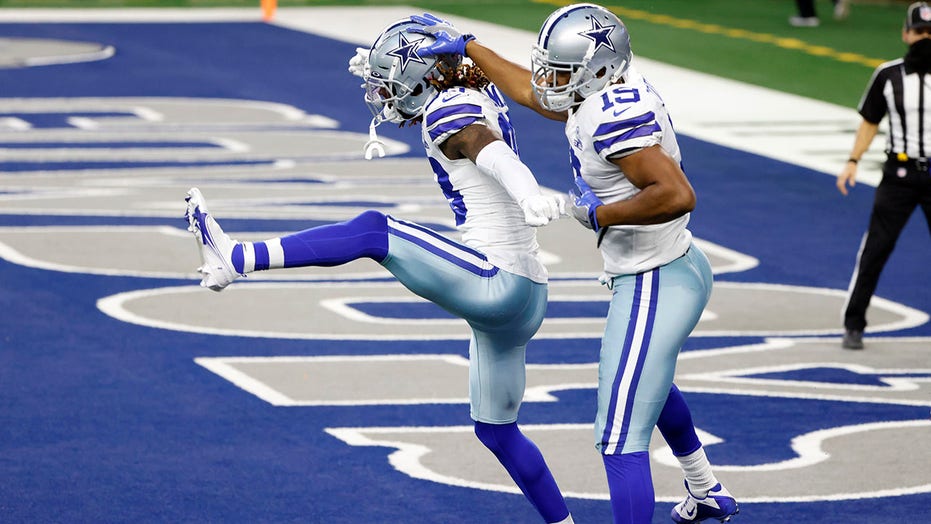 The Washington Football Team (6-9) had a chance to take the division crown when they hosted the Carolina Panthers on Sunday, but quarterback Dwayne Haskins wasn’t at his best. He threw for 154 yards, had three total turnovers, including two interceptions, and was benched in the team’s 20-13 loss.

Since Washington couldn’t capitalize, it left the door open for the Dallas Cowboys (6-9) and New York Giants (5-10) to potentially sneak into the NFC playoffs. The Cowboys were led by quarterback Andy Dalton, who threw for 377 yards and three touchdowns, and wide receiver Michael Gallup hauled in six receptions for 121 yards and two scores in Dallas’ 37-17 win over the Philadelphia Eagles. With the loss, the Eagles were officially eliminated from playoff contention.

The Giants, on the other hand, couldn’t get much going in their game against the Baltimore Ravens on Sunday. Quarterback Daniel Jones had 252 passing yards with one score and wide receiver Sterling Shepard had nine receptions for 77 yards and one touchdown, but Lamar Jackson and company was too much to overcome in a 27-13 win over the Giants.

With all of that said, Washington, Dallas, and New York all still have a chance to win the NFC East. Here’s the breakdown of what needs to happen in order for each team to have a chance to advance to the playoffs: 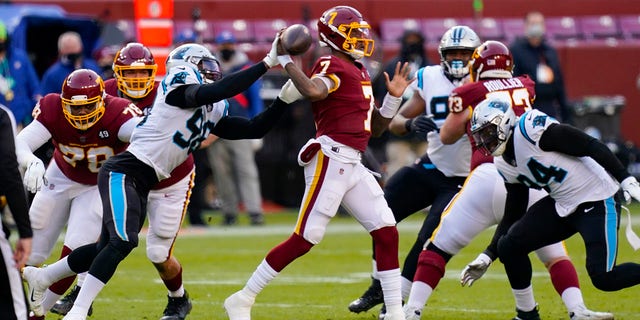 In Week 17, Washington will take on the already-eliminated Eagles in Philadelphia.

It’s unclear whether or not quarterback Alex Smith will resume his role as the team’s starter, but if he does, he will give Washington a huge boost on offense in a must-win game. For Washington it’s simple: if they win, they are the NFC East champions.

When these teams squared off way back in Week 1, Washington’s defense sacked Eagles quarterback Carson Wentz eight times, and they rallied from a 17-point deficit to pull out a 27-17 win over Philadelphia.

Defensive Rookie of the Year candidate Chase Young and company will look to wreak havoc on Philadelphia’s new starting quarterback Jalen Hurts and the rest of the Eagles’ offense. 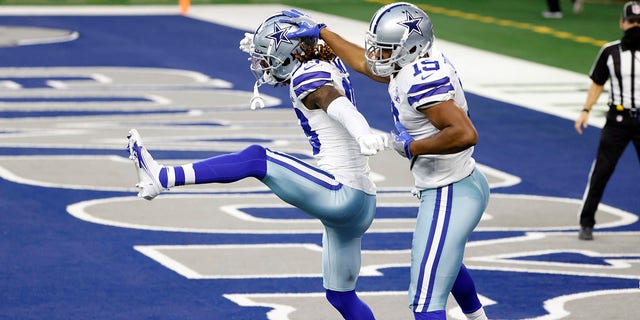 The Dallas Cowboys are quietly on a three-game winning streak, and they will look to continue winning ways against the New York Giants next Sunday.

The last time the Cowboys and Giants squared off, Dallas starting quarterback Dak Prescott injured his ankle and was lost for the season. It looked as if the Cowboys’ season would be over, but they managed to rally behind backup Andy Dalton, and they are now in a position to win the NFC East.

Back in Week 5, Dallas came away with a 37-34 win over the Giants. Running back Ezekiel Elliott had 19 carries for 91 yards and two scores, and rookie wideout CeeDee Lamb had eight receptions for 124 yards for the Cowboys.

In Week 17, The Cowboys need to win, and they need some help from the Eagles in order to claim the division crown. If Dallas comes away with a victory over the Giants, and if the Eagles manage to upset division-leading Washington, Dallas will host a playoff game in the NFC playoffs. 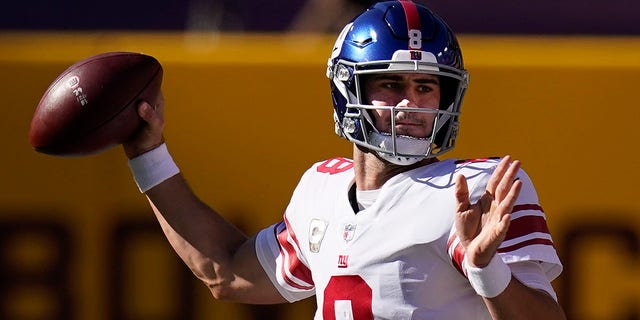 New York’s two regular-season victories over Washington will come in handy if it takes down the Cowboys in Week 17, and if Washington falls to the Eagles.

The Giants got their first win of the season when they pulled out a 20-19 win over Washington in Week 6. Daniel Jones had 112 passing yards and one touchdown and added 74 yards on the ground in the victory.

TORRID RAVENS GET JUMP ON GIANTS, ROLL TO EASY 27-13 VICTORY

Because the Giants swept the season series with their NFC East rivals, a win and a Washington loss would put "Big Blue" in the playoffs for the first time since 2016.

It will be interesting to see how the NFC East playoff race shakes out. The last time an NFC East team won the division consecutive seasons was when the Eagles won four years in a row from 2001 to 2004. Philadelphia finished with a 9-7 record last year and claimed the division crown, which means there will be a new division winner.