Read about this and more with our latest Arsenal news, gossip and updates. 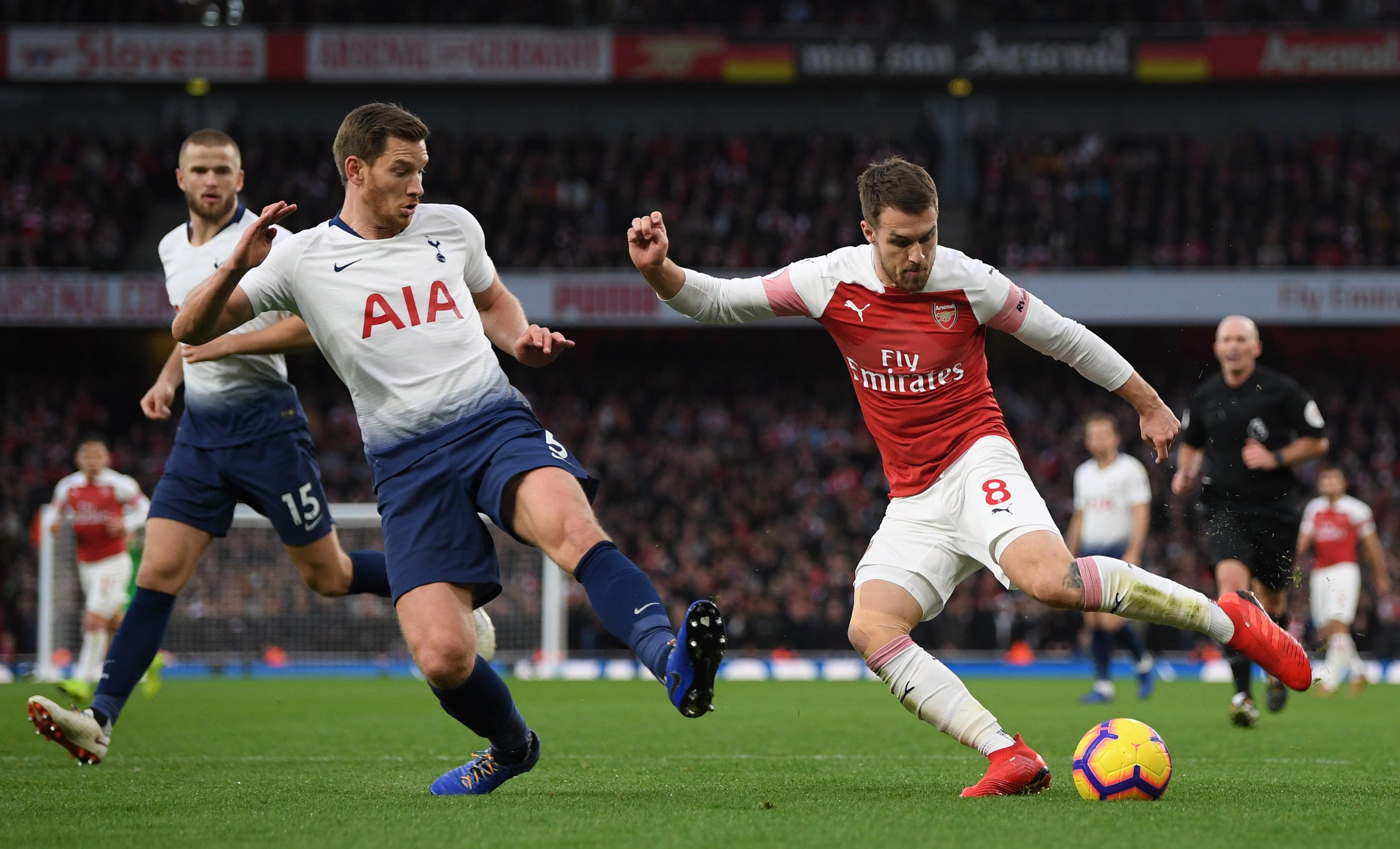 IT'S THE GUEND OF THE ROAD FOR SPURS

MATTEO GUENDOUZI seems to understand what it takes to endear himself to the Gunners' fans.

After his North London derby debut he was seen celebrating the big victory with Arsenal fans… leaning out of his car on the way back home.

FORGET the stadium or training ground – Pierre-Emerick Aubameyang could turn out to be Arsene Wenger’s greatest legacy at Arsenal.

Arsenal are top dogs again, snapping and snarling their way to supremacy in north London with this crazy victory. Here's our full match report.

REAL Madrid have contacted Aaron Ramsey over a stunning move to Spain.

The Wales midfielder, 28, whose Arsenal deal ends in next summer, can sign a pre-contract agreement with a foreign club in January.

ERIC DIER'S silence gesture after his first-half equaliser for Tottenham came back to haunt him in the North London derby.

Arsenal eventually won the clash 4-2 with the England international directly at fault for two Gunners goals – and their fans did not hesitate in getting back at the Spurs player.

WE MUST KEEP AARON

ARSENAL fans have demanded Aaron Ramsey is handed a new deal after his brilliant display in the North London derby.

With the Gunners trailing at half-time, boss Unai Emery turned to the Welshman for inspiration.

MIKE DEAN went from zero to hero and back to zero again within a pulsating first half of the North London derby.

The referee was criticised when the appointment was made for his history with both clubs – before getting himself back into the good books of the Emirates faithful.

MESUT OZIL has been dropped for Arsenal's clash against Tottenham… but fans knew this before the team was announced.

Sky Sports pundit Gary Neville revealed before kick-off that the midfielder's jersey was missing from the dressing room.

MESUT OZIL could be offered an escape route to Inter Milan from his Arsenal misery – with the £350,000-a-week star has been benched by Unai Emery in Arsenal's last game.

Inter were looking at Ozil before he agreed a new deal in January to stay with the Gunners until 2021.

Campbell said: “The trouble with where Spurs and Arsenal are now, is that things have changed. The two dominant teams are Manchester City and Liverpool."

Danny Welbeck has been given a mini-bike for assistance as he begins his recovery from a serious ankle injury.

Welbeck can be seen wheeling around Arsenal's training complex on the bizarre contraption.

IAN WRIGHT believes Unai Emery has sent a strong message to Mesut Ozil ahead of the North London derby on Sunday.

Wright backed the Spaniard's management decision to leave the £350,000-a-week man on the sidelines.

SOL CAMPBELL is still getting stick over his seismic switch from Tottenham to Arsenal — 17 YEARS later.

Campbell said: “Some people will forgive me, some people won’t. But who’s liked by everyone in the world?"