NICE, France — How do you come back from the worst defeat in World Cup history?

For Thailand, which lost to the United States by a harrowing-to-witness 13-0 in its first group-stage match last Tuesday, a kind of vindication came in the 90th minute of its second match, against Sweden, on Sunday.

True, Sweden had dominated from the beginning. True, Thailand was losing at the time, and would lose in the end. True, the prevailing mood at the Stade de Nice, even taking into account the joy of the Swedish traveling fans, was one of general anxiety, the sort of inchoate fear that comes when you think you are about to witness a slow-motion car accident. No one wanted to watch any team be so thoroughly humiliated twice in a row.

But then in the waning minutes of the match, the swift, seemingly indefatigable Thai captain, Kanjana Sung-Ngoen, latched on to the ball, muscled it down the right wing, and then whacked it past the Swedish goalkeeper, Hedvig Lindahl.

Goal, Thailand. It was, in that one brief moment, almost as good as winning.

“This one meant a lot to us,” the Thailand coach, Nuengruetai Srathongvian, said with some understatement after the match. “It meant that all our preparation paid off. It made us laugh; it made us smile; it made us happy.”

She did not want to dwell on what had come before — who would, really? — but said that the debacle in the game against the United States had not deterred her squad from performing its best against Sweden. It helped that its goalkeeper, Warapom Boonsing, came fresh to the match, having not played in the earlier match.

“Our defeat in the last game was massive, and of course we were disappointed,” Srathongvian said. “But the first improvement we made was in our mentality. The players weren’t scared to play today, and they fixed the mistakes they made in the last game.”

She added: “Even to score one goal today meant we have made some success.”

Sung-Ngoen’s goal reduced the Swedish lead to 4-1 and reduced the crowd — a mere 9,354 people, in a stadium that holds more than 35,000 — to a more relaxed, and happier, version of its previous self. But no one was as ecstatic as the small knot of flag-waving, face-painted Thai fans who sat together and practically swooned at the sight.

After that, it was almost an anticlimax when, a few minutes later, the Swedish midfielder Elin Rubensson scored on a penalty kick in stoppage time. Final score: 5-1, Sweden, which will play the United States for first place in Group F on Thursday. 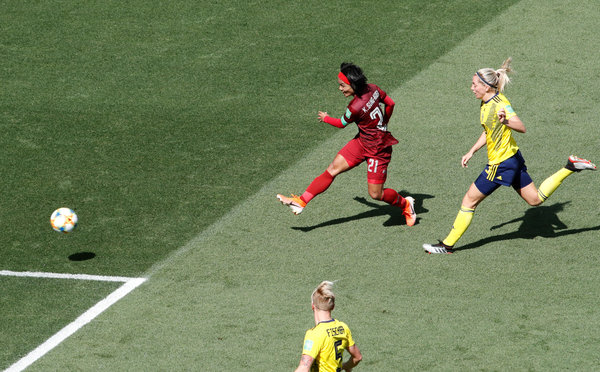 If Thailand has spent the last few days trying to find new and non-embarrassing ways to answer the question, “How does being humiliated in front of the world make you feel?” then the United States has faced a different sort of problem.

Its lopsided victory over a team so obviously less experienced and less capable than itself had sparked a vociferous debate about whether it had perhaps come on too strong, or rubbed it in too vehemently, with its celebrations after each of its 13 goals against the Thais.

Perhaps it should have been a little quieter and a little more humble. Perhaps, various critics even suggested, FIFA (or someone) should have invoked the sort of mercy rule that exists in Little League sports, where the game ends early if the score becomes too one-sided.

No, was the general answer to that.

And, gracious in defeat, Srathongvian, the Thailand coach, said before the Sweden match that on the contrary, Thailand wanted to thank the United States. Playing such a dominant team, she said, had inspired Thailand “to improve ourselves and to keep on fighting.”

“Our players have much more motivation now,” she continued. She said she had been grateful, too, that several United States players had gone out of their way to comfort and encourage the Thailand team.

Indeed, the American forward Carli Lloyd’s spontaneous gesture of support to the losing goalkeeper, Sukanya Chor Charoenying, after the match prompted a thank-you from Charoenying on Twitter.

“Your words that you told me make me strong,” the goalkeeper wrote. Though she was disappointed by what she called the “worst situation,” she said, “this is the biggest experience in my life.”

Up next for Thailand is Chile, its opponent in Rennes on Thursday. Srathongvian already was looking ahead on Sunday. There is still the chance to claim something even bigger than a goal.

“We have to study their strengths and their weaknesses to find a chance to break through,” she said.

“We have forgotten what has happened before,” she added. “And we are ready for the next game.” 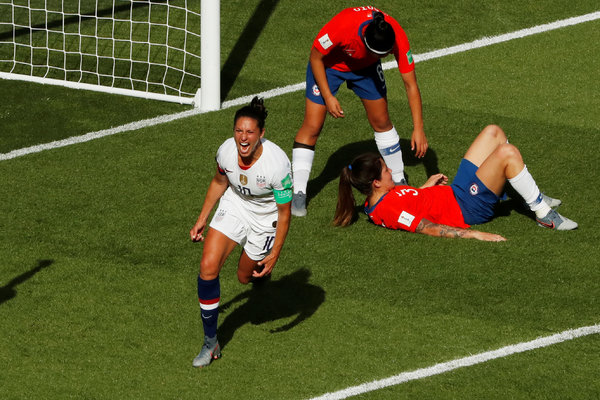 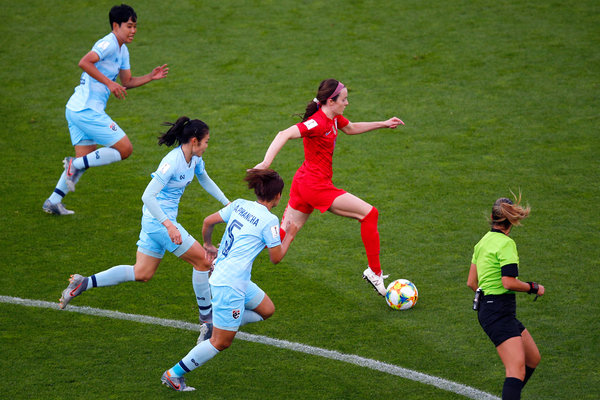 Sarah Lyall is a writer at large, working for a variety of desks including Sports, Culture, Media and International. Previously she was a correspondent in the London bureau, and a reporter for the Culture and Metro Desks. @sarahlyall