Australia coach Graham Arnold has named Aaron Mooy in his 23-man Socceroos squad for the 2019 Asian Cup despite the star midfielder being sidelined due to an knee injury.

An independent medical expert has been hired by Football Federation Australia to assess Mooy, with the Socceroos expecting to receive the green light to bring the Huddersfield man to the UAE for next month's tournament. 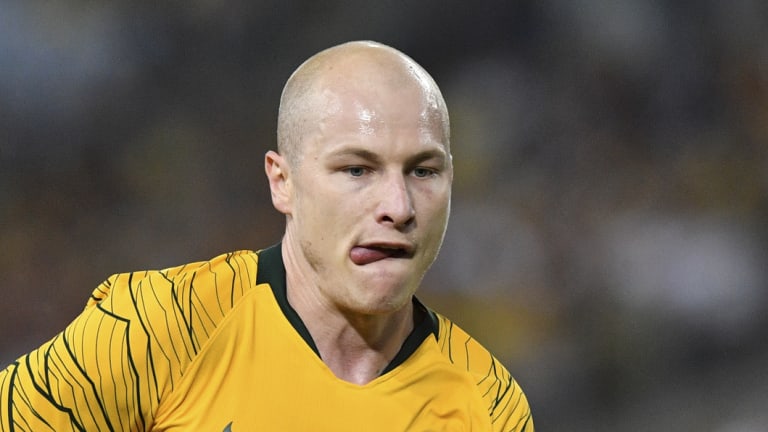 Injury cloud: Aaron Mooy has been selected for the Asian Cup despite his knee injury.Credit:AAP

Mooy will be given until the 11th hour to prove his fitness. Arnold has until January 5 to make changes to his squad.

The inclusion of the 28-year-old headlines Arnold's Asian Cup squad, alongside Chris Ikonomidis who was selected on the back of his scintillating start to the A-League season with Perth.

“Chris [Ikonomidis] has made a great start to his time at Perth Glory under Tony Popovic and it has been his form in the Hyundai A-League that has sealed his place in the squad,” Arnold said. “Chris will add pace and energy to our attack, which is the consistent feature of the players that we have picked in the Socceroos’ attack for this tournament."

As revealed by Fairfax Media on Wednesday night, there was no room for regular international striker Tomi Juric who was cut from the squad due to a lack of match fitness with his Swiss club, Luzern.