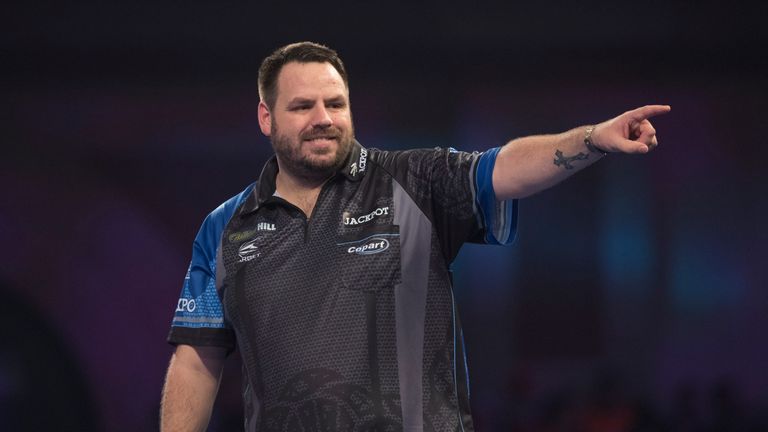 Lewis made short work of his third-round opponent, Darius Labanauskas, to set up a mouth-watering last-16 clash with Van Gerwen.

Lewis, seeded 16th, took less than 35 minutes to see off the Lithuanian, who had previously knocked out Raymond van Barneveld. 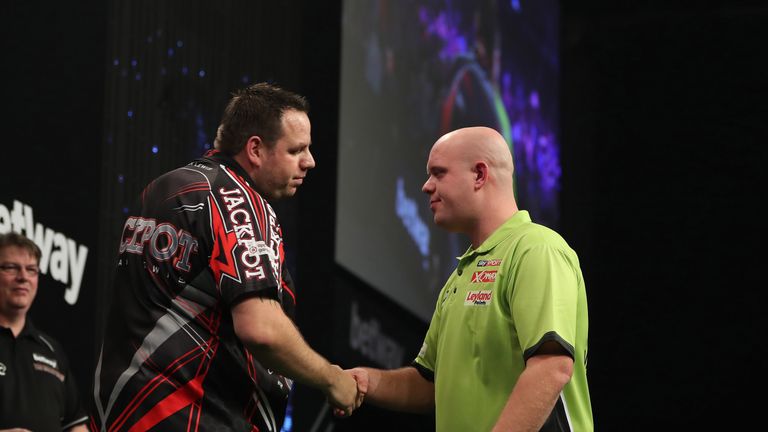 A 12-dart leg sealed the third set 3-1 and another 12-darter in the last leg of the fourth saw him take it 3-1 to seal a 4-0 win, Afterwards, the Stoke-on-Trent thrower admitted he was struggling with illness.

“I wanted to win quickly because I haven’t felt great since the last match,” said Lewis, who remains in the hunt for a third World Championship title.

“I’ve been tucked up in bed for a couple days watching the darts and I’m going to rest up and get ready for the game against Michael.”

Felt under the weather tonight so really pleased to be in the last 16 and looking forward to playing Michael Van Gerwen. Thank you for your messages of support and I hope you all have a wonderful Christmas x

He later tweeted: “Felt under the weather tonight so really pleased to be in the last 16 and looking forward to playing Michael Van Gerwen.

“Thank you for your messages of support and I hope you all have a wonderful Christmas.”

Van Gerwen averaged 101 on his way to a 4-1 victory over Max Hopp on Saturday, but Lewis believes the Dutchman is beatable.

“I think that Michael looked vulnerable in his last match and I’m really looking forward to playing him,” he added.

You can follow every dart from every session of the World Darts Championships on Sky Sports Darts, check out the full schedule here. You can also stay up to date with all the action behind the scenes by following us @SkySportsDarts and get all the latest news, previews and interviews by heading to www.skysports.com/darts