DWIGHT YORKE was half of the most devastating strike partnership in Manchester United’s history.

Now he can see something special developing in the duo of Anthony Martial and Marcus Rashford that could fire his old club back to the glory days. 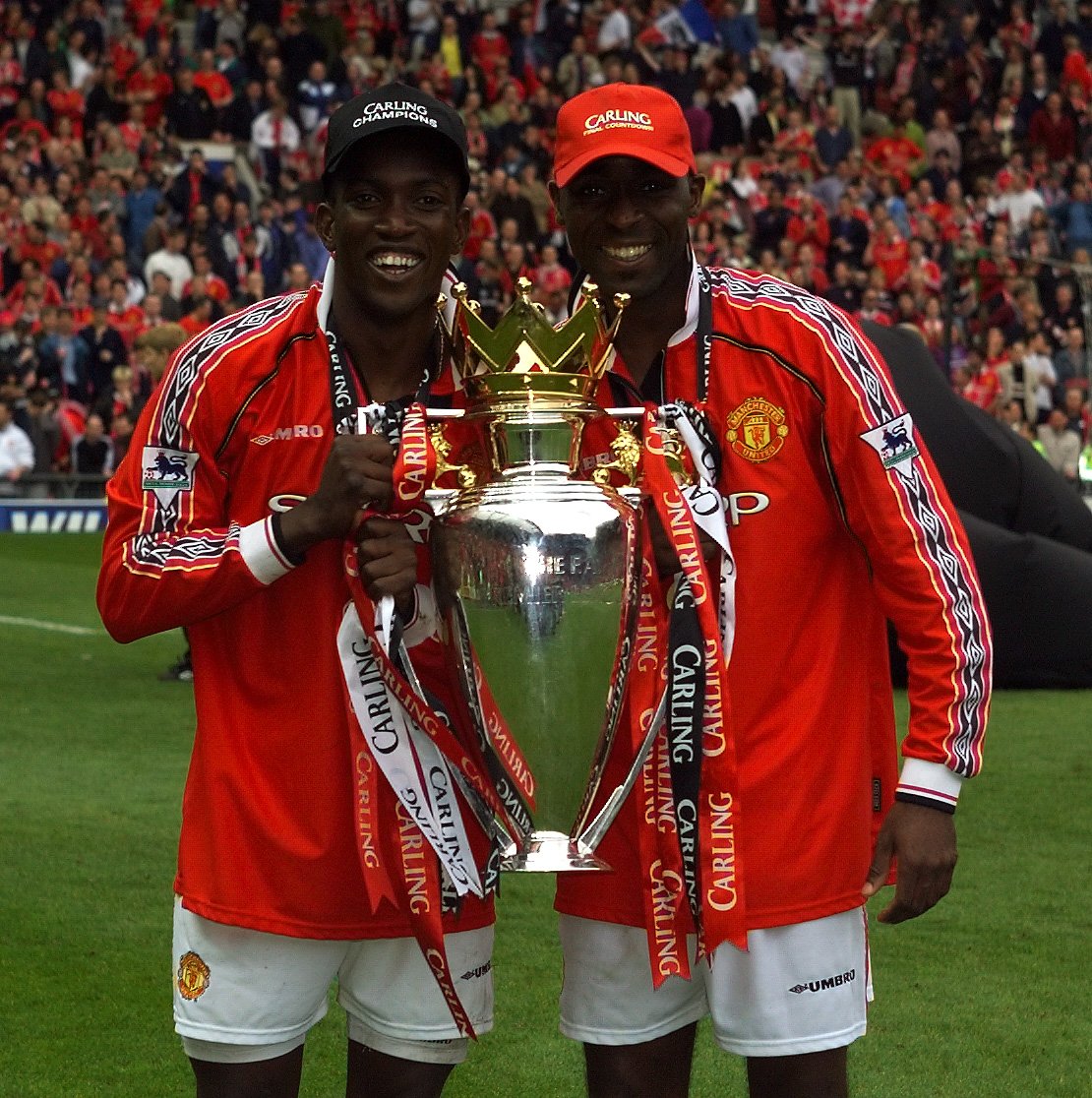 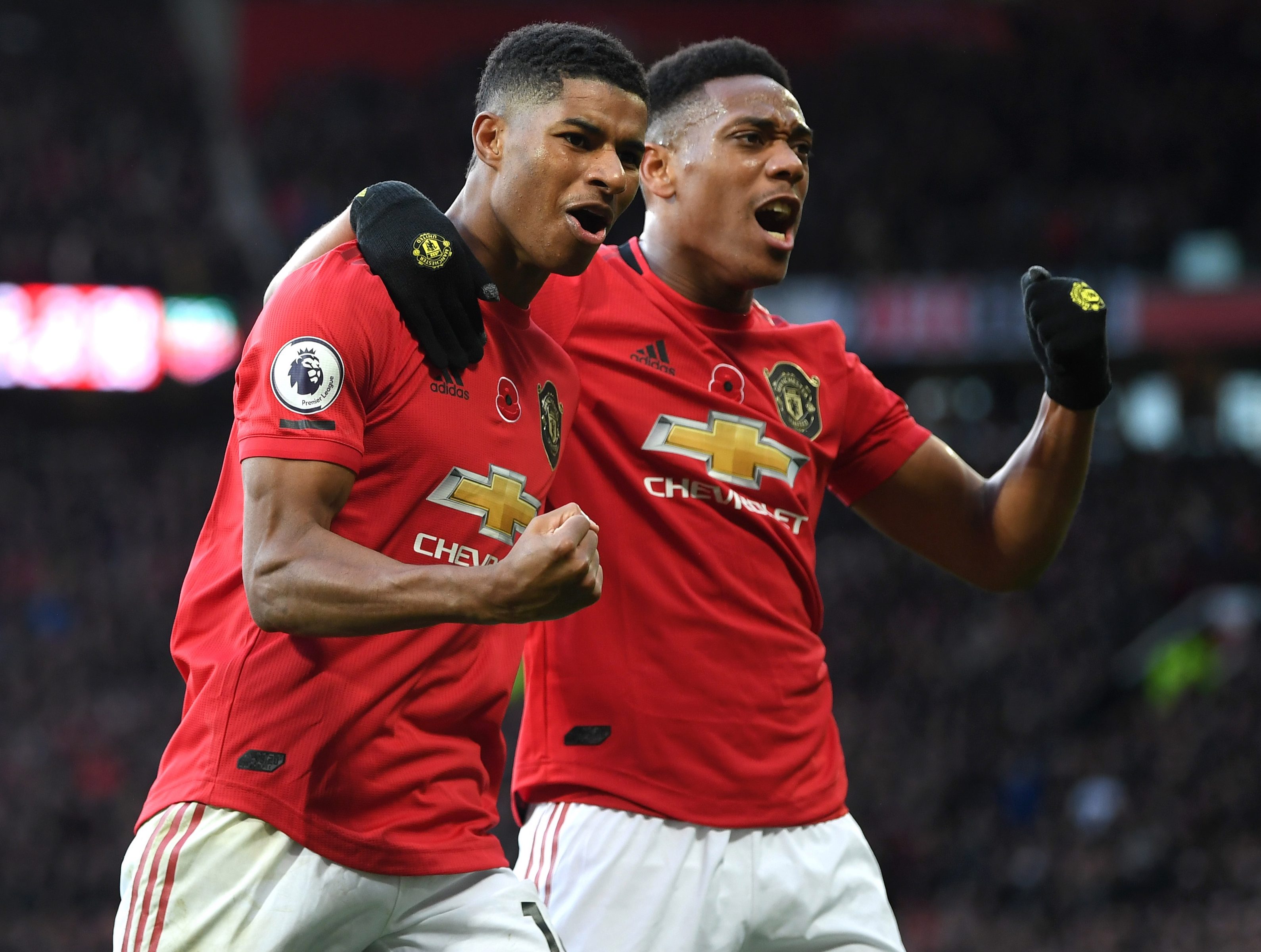 Yorke and Cole hit 53 goals between them as United completed the historic treble of 1999.

While those rewards are still some way off, Martial, 24, and Rashford, 22, are certainly offering hope for the future as both enjoy their best season in front of goal.

The pair combined to great effect in the 3-0 drubbing of Sheffield United on Wednesday last week as Martial grabbed a first league hat-trick for the club since Robin van Persie back in 2013.

It meant that he now shares 38 goals with Rashford – 19 each – this season and the latter has only started playing again since suffering a back injury in January.

After being rested from the starting line-up for the FA Cup win at Norwich the pair will reform for tonight’s trip to Brighton with Yorke expecting to see more evidence of a formidable partnership developing. 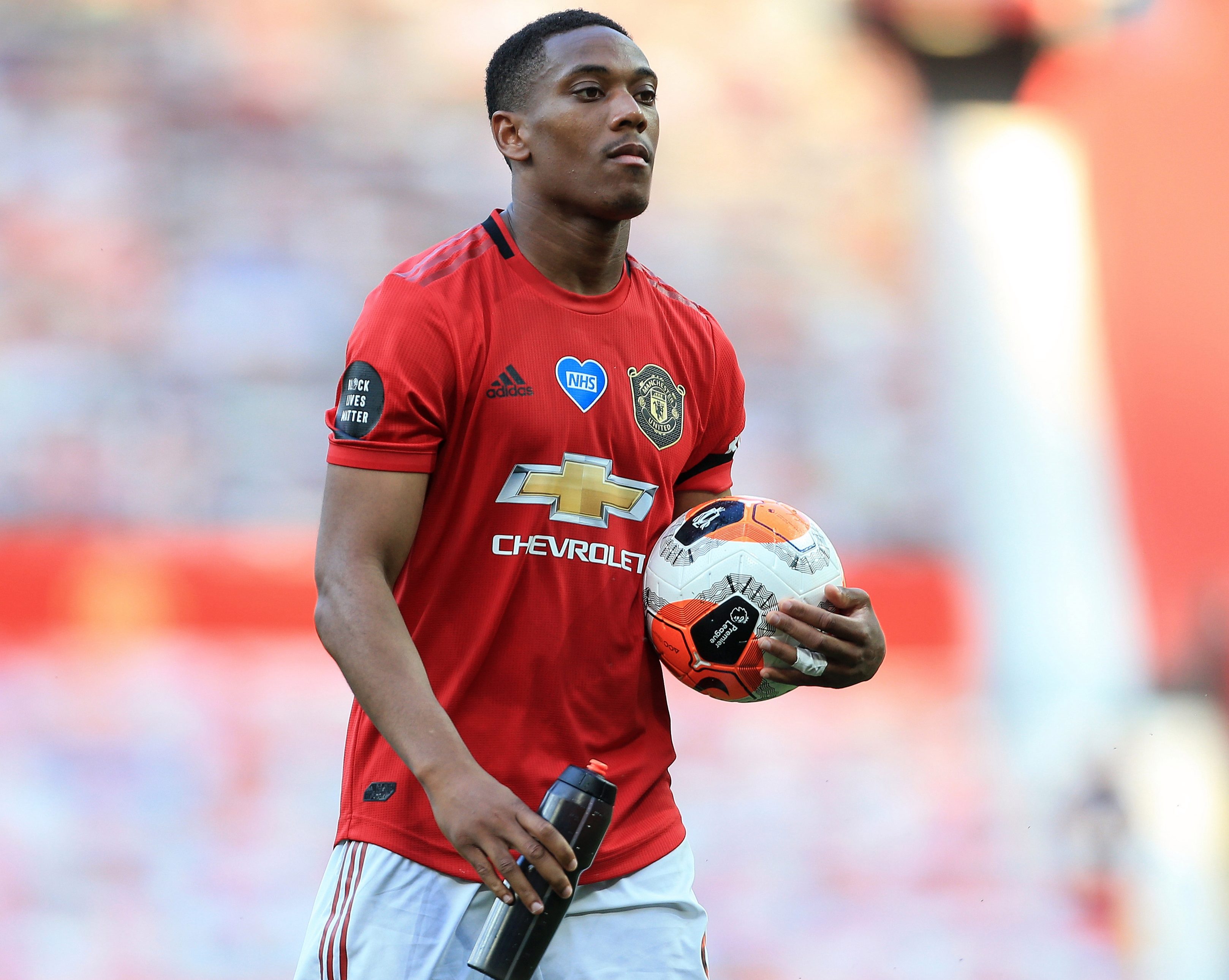 Yorke said: “I can see a good bond developing between the two and good connection.

“Of course both will like to score and they know as forwards they get judged on that but as you saw against Sheffield United Marcus looked just as pleased to have set Anthony up for two of his goals as well.

“The key is building on that understanding but also having the faith of the manager who looks to have said to them ‘you are my front two’ and given them their heads to go out and do it.”

Yorke the two have the perfect attributes to form a partnership rather than one just being the stand out striker for the rest to feed.

Yorke said: “Anthony reminds me of myself and Thierry Henry in the way he has started his career playing out wide before on the left or right before developing into someone who can play down the middle, while Marcus does not get the credit for how intelligent a player he is.

“He is the perfect partner for Anthony in that he can play just off him as a number ten and drop into the pockets, going long or short or floating wide off much like I did with Andy Cole. Not that he has to be stuck in that role because he can also run beyond Anthony to get his goals too."

Yorke believes they have the perfect boss in his former teammate Ole Solskjaer to understand strikers and how they can work together.

Proof that it is not all about managerial experience when it comes to getting the top jobs.

United legend Yorke said: “You do not necessarily need that experience as a manager if you have played at a level like Ole has.

“He has been there and experienced what it is like at the very top level. He has remembered it, learned from it and is now implanting it himself. “You can see that in his work with Anthony and Marcus.

“The first two goals from Anthony against Sheffield United were proper goal poaching goals like Ole enjoyed scoring himself.”

Yorke laments the transformation in football from strike partnerships to just one up front as teams try to fill the midfield and dominate possession.

Now he wants to see Rashford and Martial changing that narrative in football with the emphasis more on getting at defences.

He said: “Too often you see one man up front who is happy to lay the ball off and then run on.

“These two have so much power and pace and they can dribble. Defences hate that sort of player so they should not be afraid to run at teams.”

Yorke understands that you can’t be gung-ho all the time but can see in the United side now enough talent to start dominating sides, particularly at home.