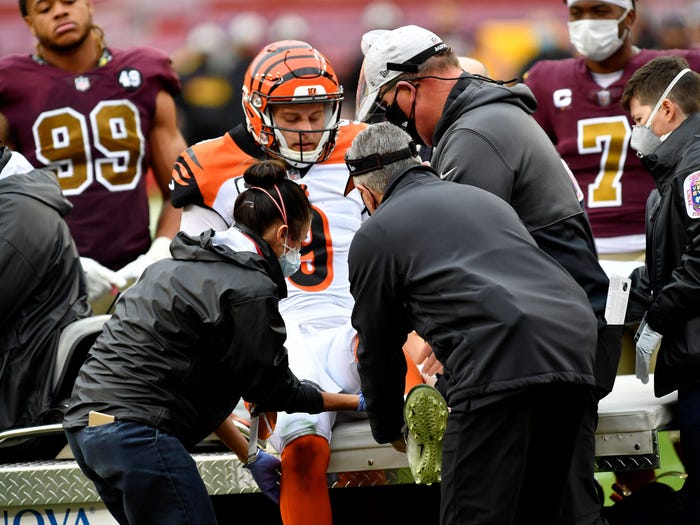 Cincinnati Bengals rookie quarterback Joe Burrow was carted off the field on Sunday after suffering a scary knee injury against the Washington Football Team.

Early in the third quarter, Burrow was caught in the backfield by the Washington defense, and wound up sandwiched between two players as he fell to the ground. His left leg was caught in a bad spot during the fall.

Burrow had to be carted off of the field after the play, receiving support from players on both teams as he made his exit.

Burrow was the first overall pick in the 2020 NFL Draft and has played well through his rookie season, despite the Bengals 2-6-1 record.

Ryan Finley took over at quarterback for the Bengals in Burrow's absence.