FAIR play to Phil Foden and Mason Greenwood, at least two England players had some sort of fun during this trip to Scandinavia.

Because for the second time in four days, Gareth Southgate’s men produced a performance capable of boring the pants off of an Icelandic beauty queen. 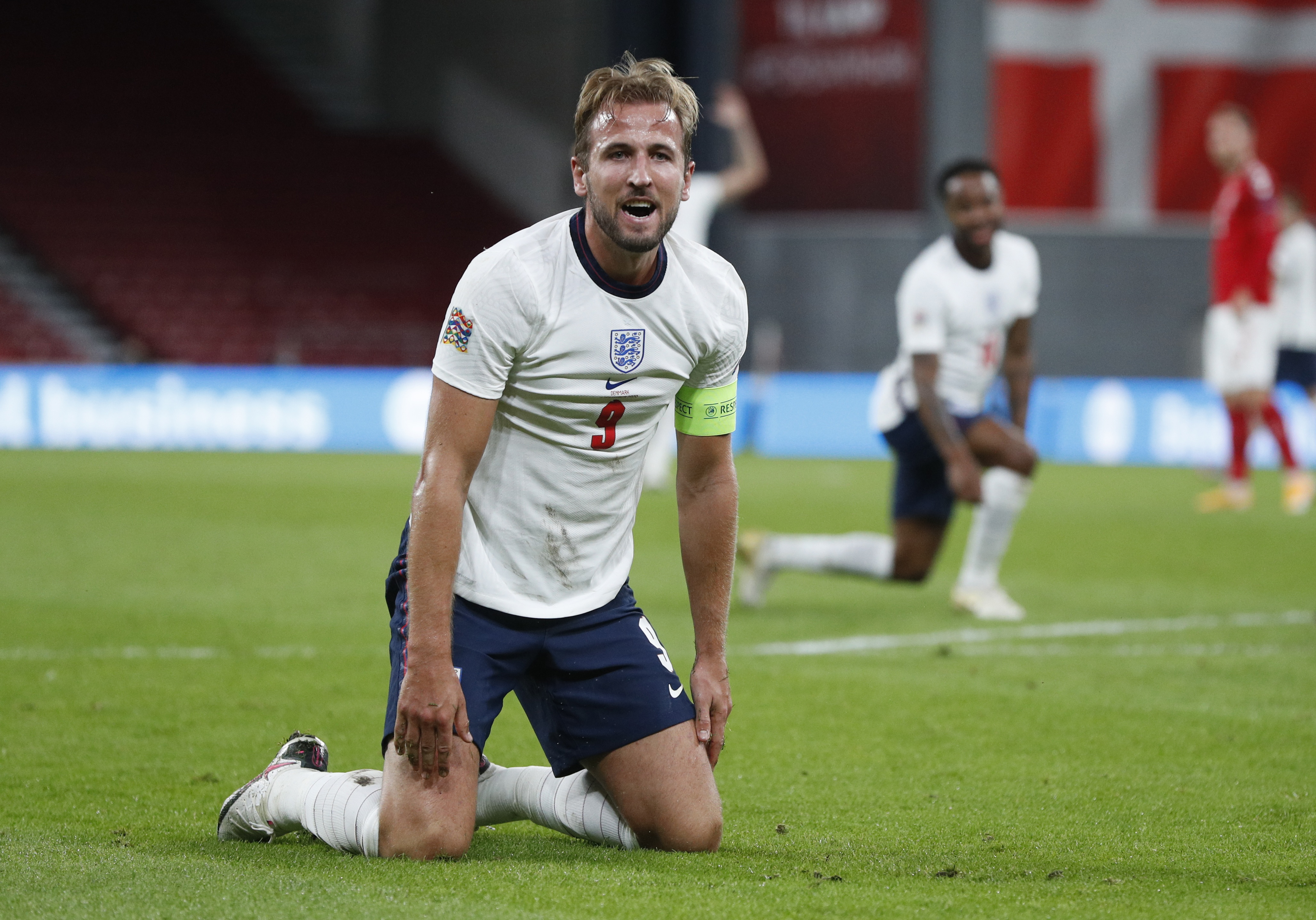 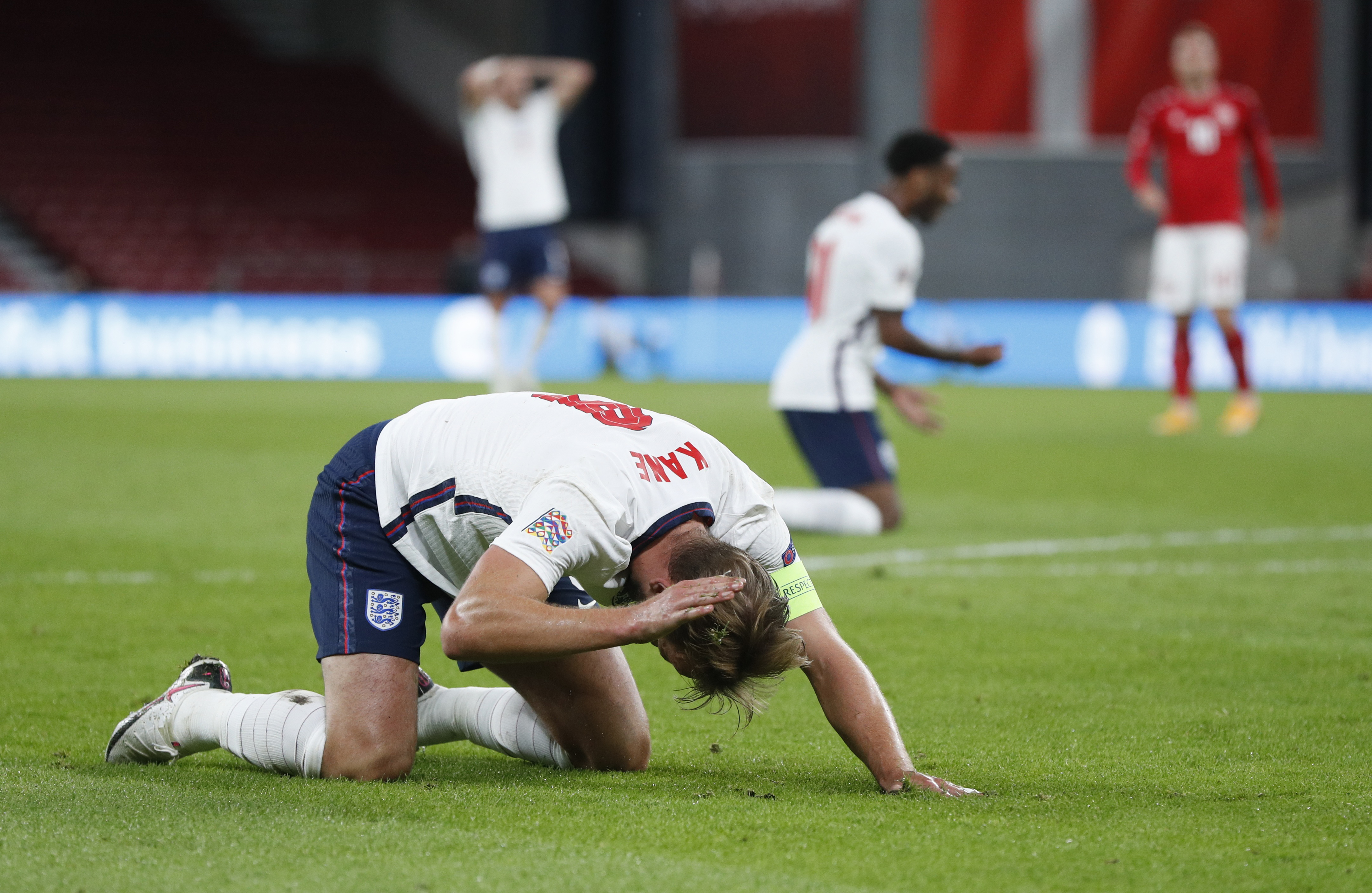 The Premier League is back on Saturday and after snoozing through England’s two tumbleweed Nations League fixtures, it cannot return soon enough.

You have to feel for Southgate, who has had to contend with ring rustiness, injuries, a jailing, a red card and the hotel-room shenanigans which saw Foden and Greenwood sent home in disgrace for violating quarantine rules.

Yet England’s manager hardly helped himself in the Danish capital last night.

A line-up which included three centre-backs, two right-backs and two holding midfielders was never likely to come out dancing and singing: ‘meet the gang, cos the boys are here – the boys to entertain you!’

Sure, it didn’t help that the two young flair players who made their England debuts on Saturday had been sent packing.

But where was Jack Grealish until the 76th minute? Or why no start for Mason Mount? Why no Englishman capable of anything like the sorcery of Denmark’s Christian Eriksen?

Southgate may have seen it as a useful experiment, and may regard it as a useful away point, but those who gave up their evenings to watch this will not have applauded their own judgment. 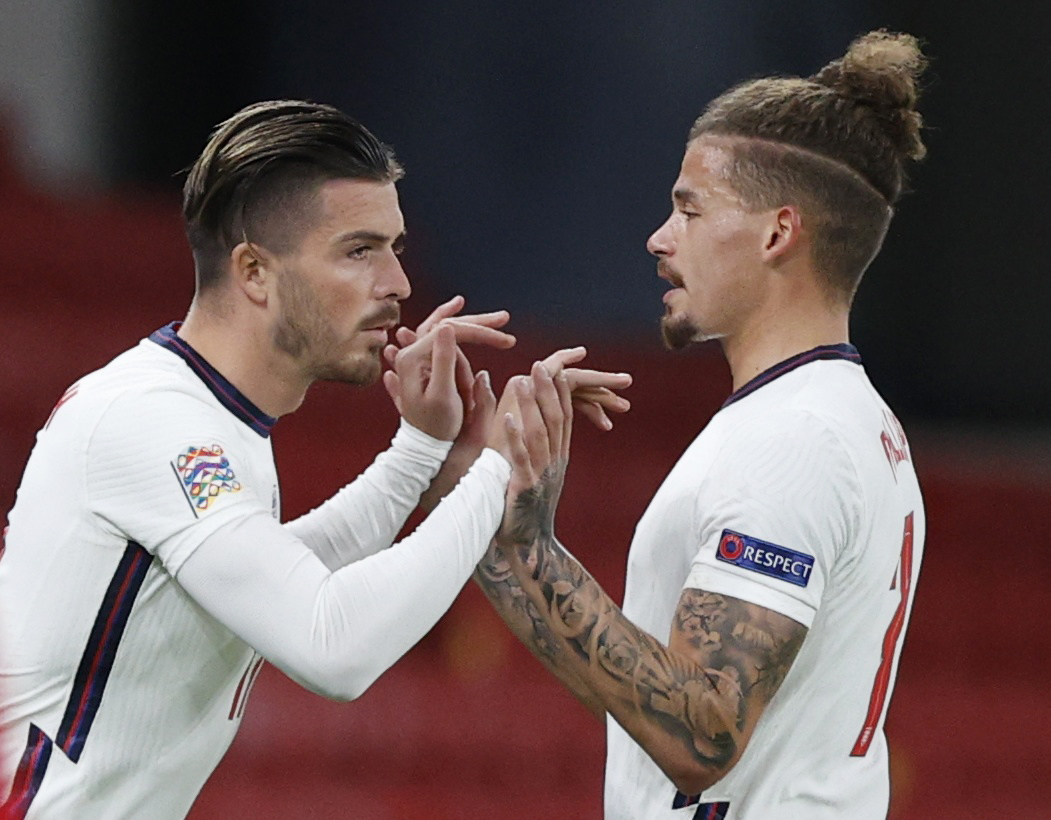 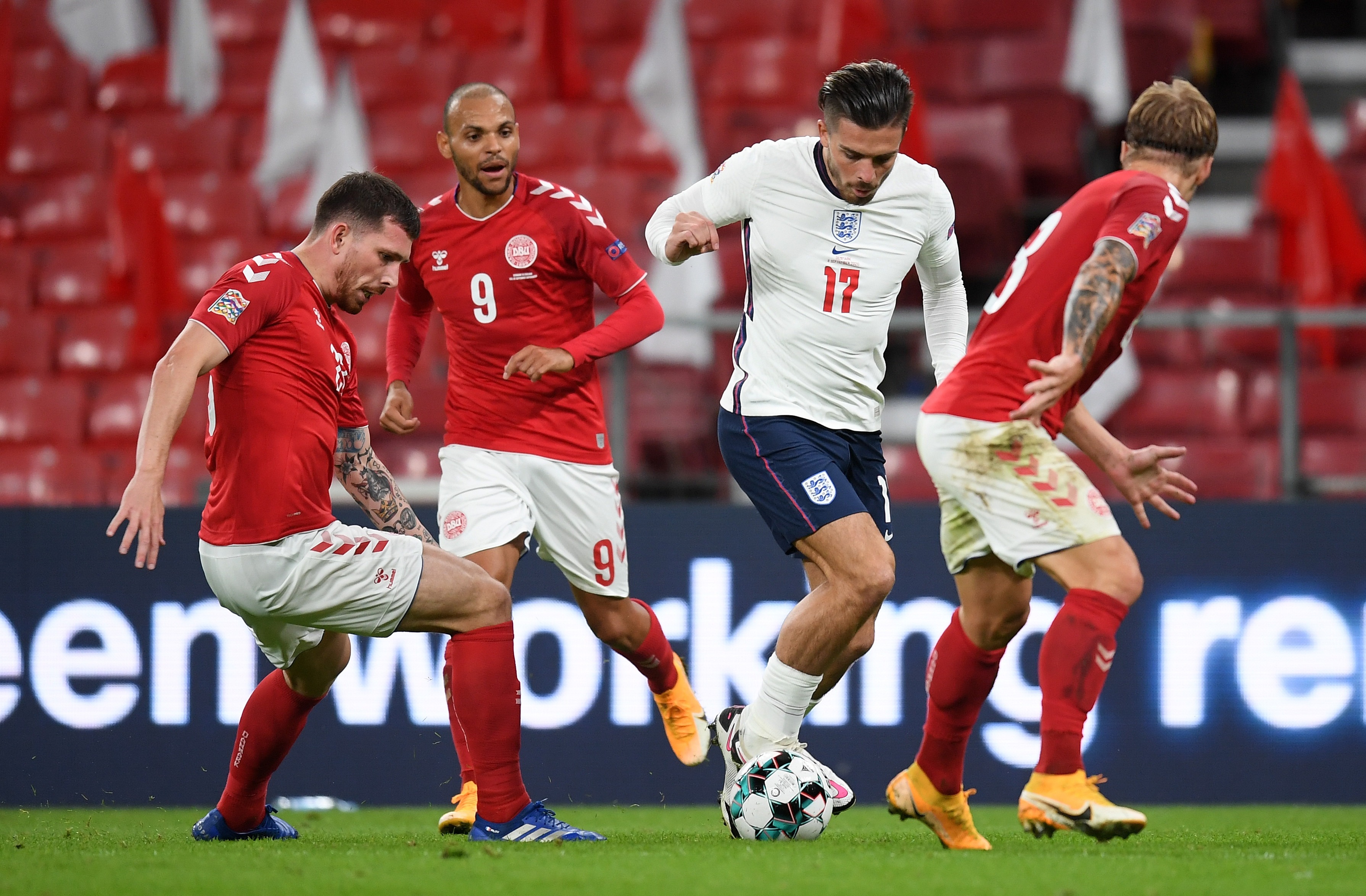 This year’s chaotic fixture list didn’t help and nor did the lack of crowd in a stadium where the Danes have been allowing 9,000 in for FC Copenhagen home matches since lockdown.

But this was as forgettable an England international as you are never likely to remember.

When Southgate was appointed England boss in 2016, he stated that he loved football but disliked the football industry.

Well there had been precious little football to love since he returned to duty a couple of weeks ago – simply a succession of firestorms to dowse.

Southgate had been unwilling to public slate Foden and Greenwood but there was a coded pre-match dig when he spoke of last night’s debutants: “I am pleased for Conor Coady and Kalvin Phillips who have had a longer wait than others and it may mean more to them.”

More than those kids on the naughty step, perhaps. 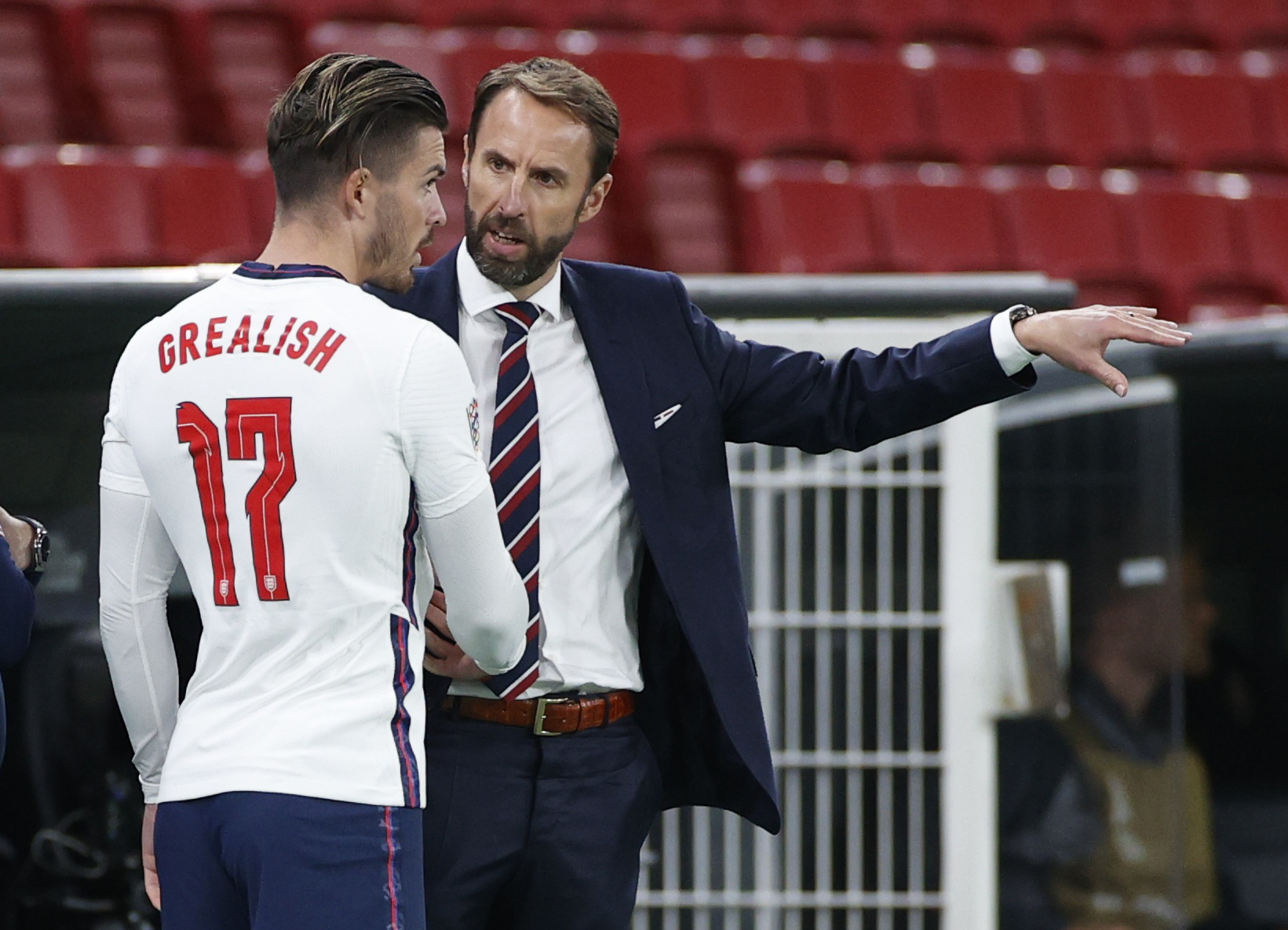 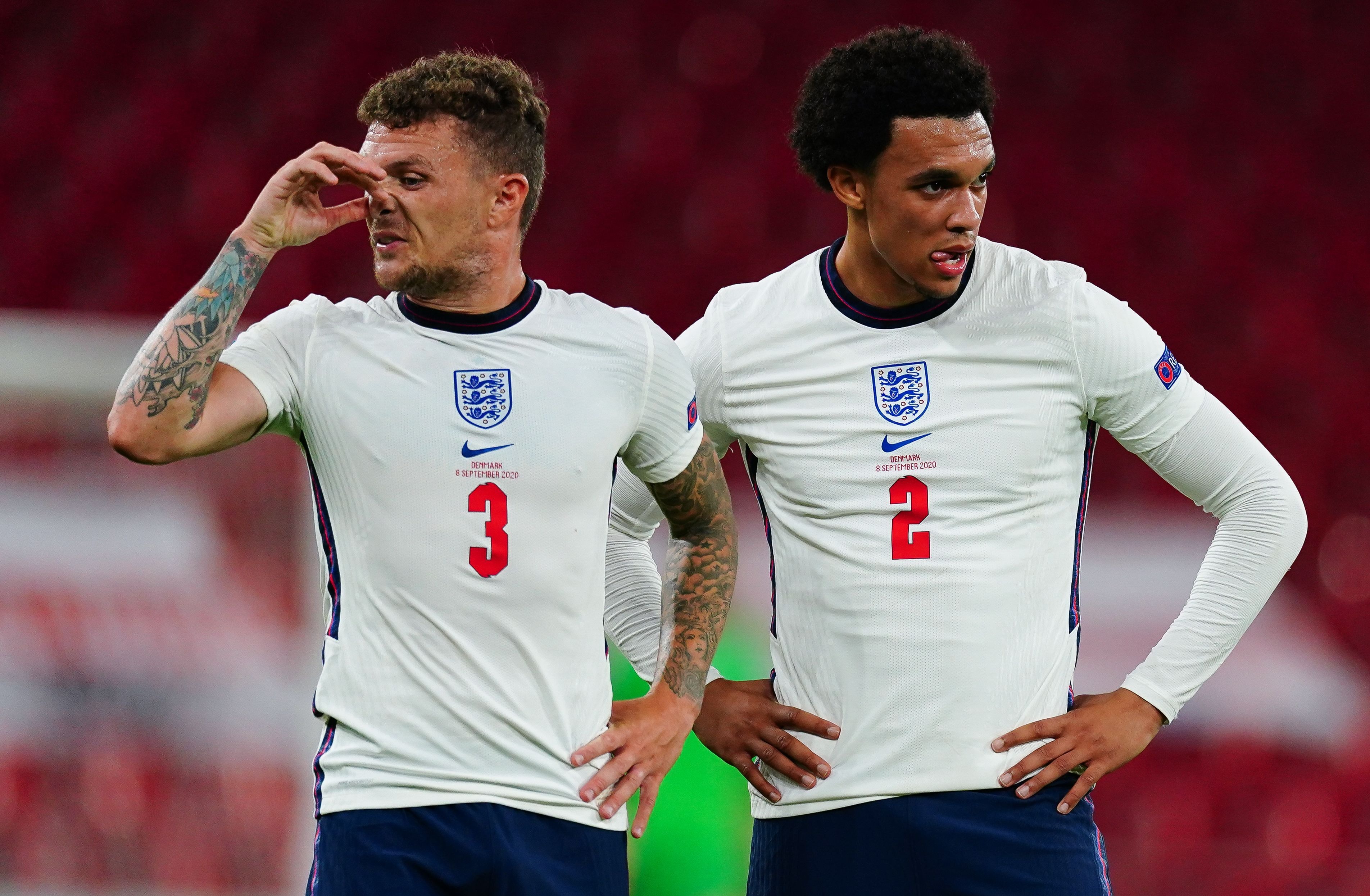 Leeds midfielder Phillips got his first international cap four days before his scheduled Premier League debut at Anfield, while Coady had been consistently good in a back three with Wolves over the past two seasons.

The line-up always looked overly-cautious – five defenders, two defensive midfielders and no playmaker to spark up a familiar front three.

And so it proved early on, with England indulging in possession for possession’s sake, passing it across the back three, into the midfield two and then back again as if they were determined to send their opposition into a trance.

You longed to hear dear old Graham Taylor on the touchline, shouting: “Can we not knock it?!”

The only impressive thing about England early on was the vocal ability of sweeper Coady, who out-shouted all of his team-mates and sounded more like a captain than a debutant.

The Danes soon got on top though. Thomas Delaney and Martin Braithwaite were both narrowly off target and Eriksen showed some of the scheming improvisatiom England were lacking. 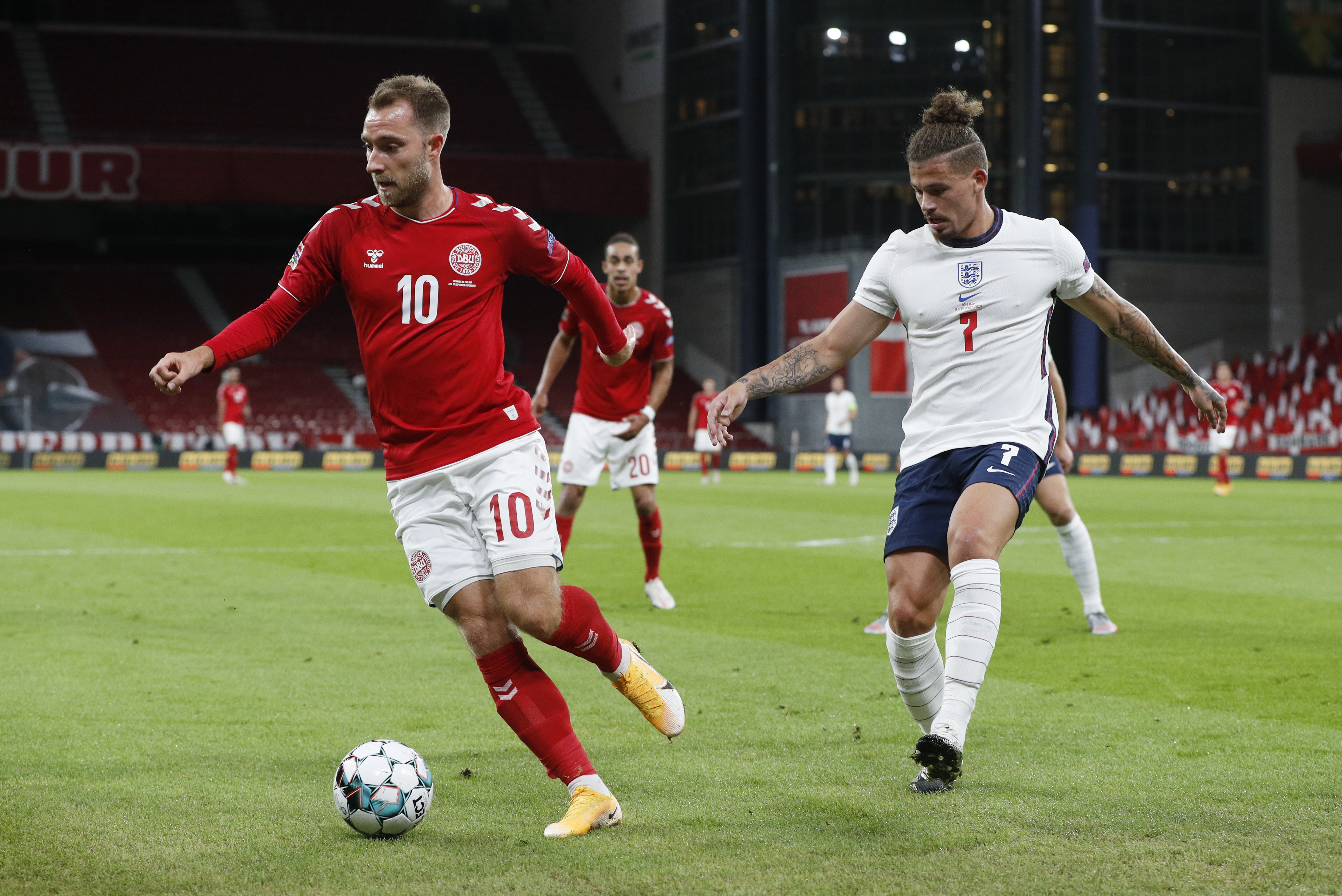 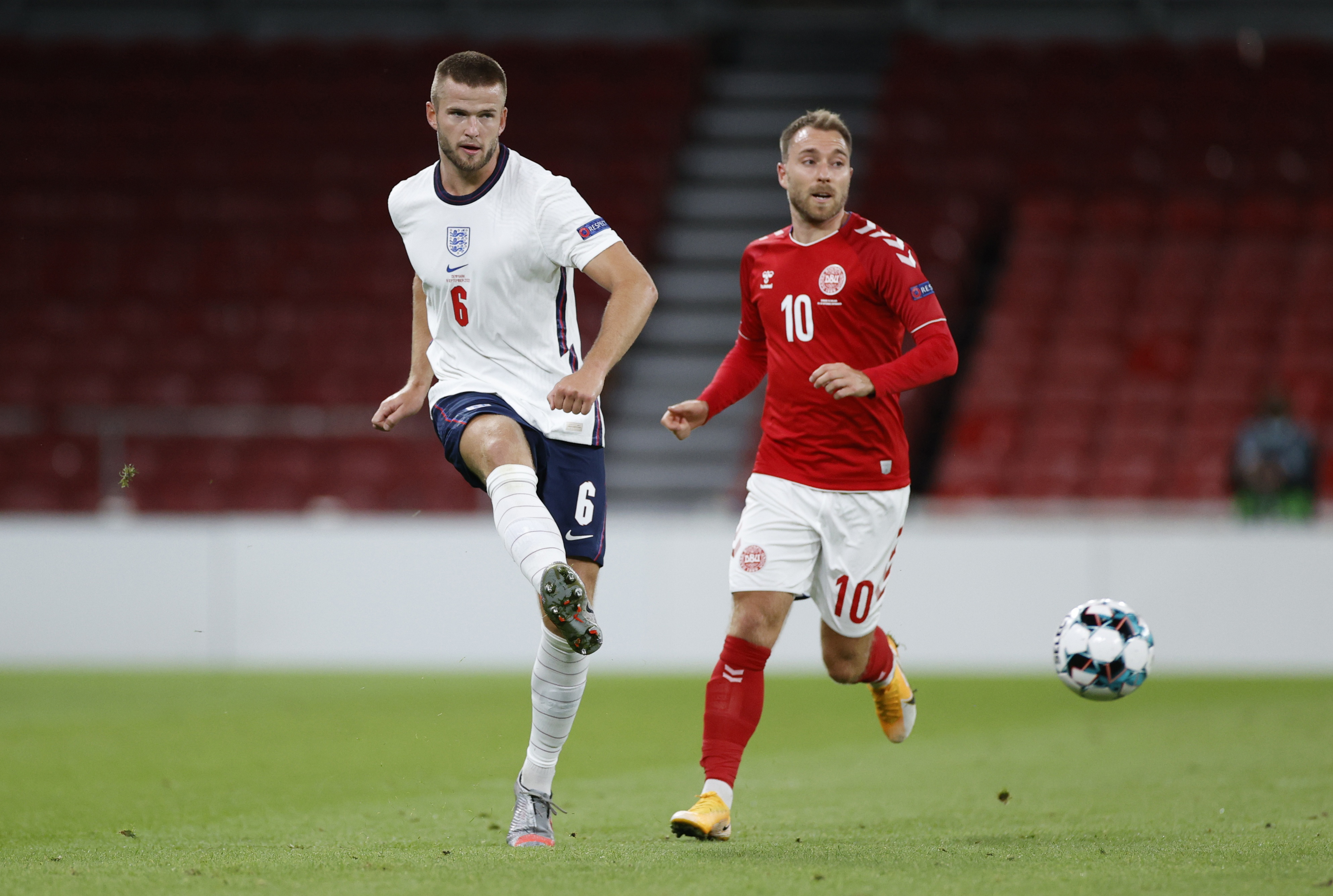 It took 34 minutes for England to even execute a dangerous pass, Rice pinging it for Trent Alexander-Arnold who wasted the opening.

But Eriksen was soon at it again, twisting his former team-mate Dier with a cruel turn and teeing up Kasper Dolberg, who went close.

It just wasn’t happening for England – trying out a back three without a left-footed left wing-back felt like a strange sort of experiment and slightly unfair on Kieran Trippier.

Mount replaced the ineffectual Jadon Sancho and soon England actually had a couple of efforts on goal – Harry Kane headed over from a Trippier cross and then Raheem Sterling had a shot turned wide by Denmark’s wonderfully foul-mouthed keeper Kasper Schmeichel.

Eriksen, for all his subtle skills, skied the best chance of the match. 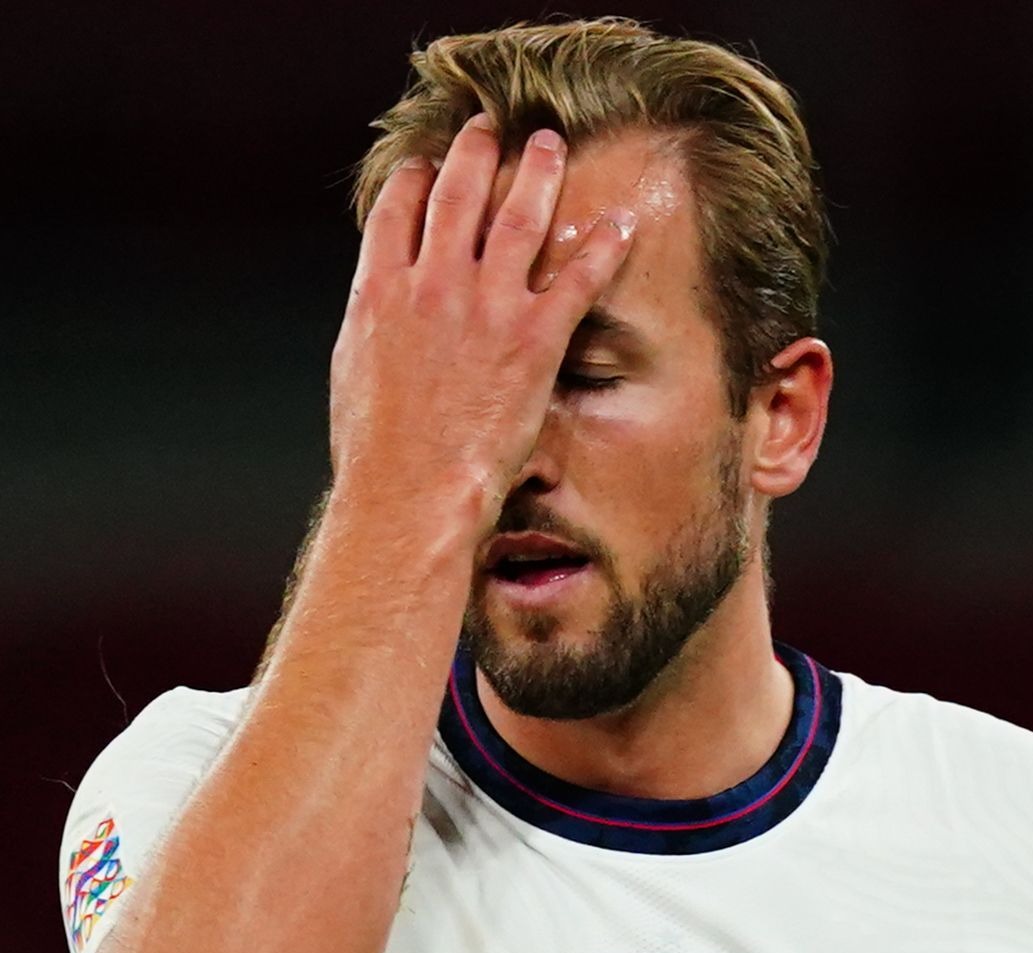 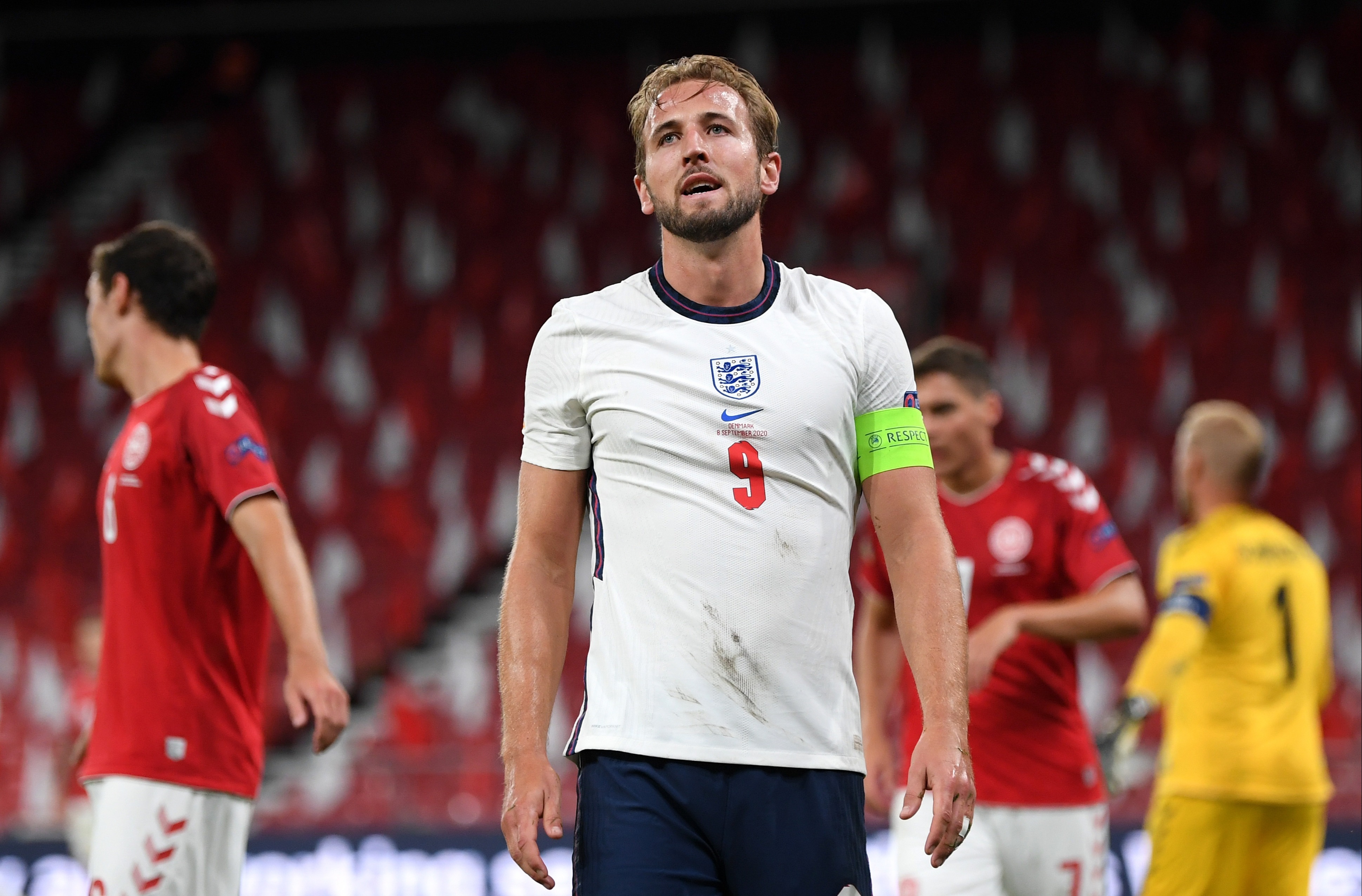 And it was not until Villa captain Grealish arrived for Phillips for 14 minutes from time that any England fan would have got off their seats.

He dribbled, he teased, he beat defenders. He looked as if he wanted to, you know, create a goal, win the match, that kind of thing.

Kane almost won it at the death with a shot which was cleared off the line by Mathias Jorgensen – but England would not have deserved it.

They have been far better than this under Southgate and they will be so again.

This was a night – a fortnight – to forget. Were the naughty boys watching this back home in Manchester?

If Southgate really wants to punish them, he should make him watch these ninety minutes on a loop.