The Body Snatcher is still under investigation from UK Anti-Doping following a failed test in the build-up to his July 20 win over Oscar Rivas. 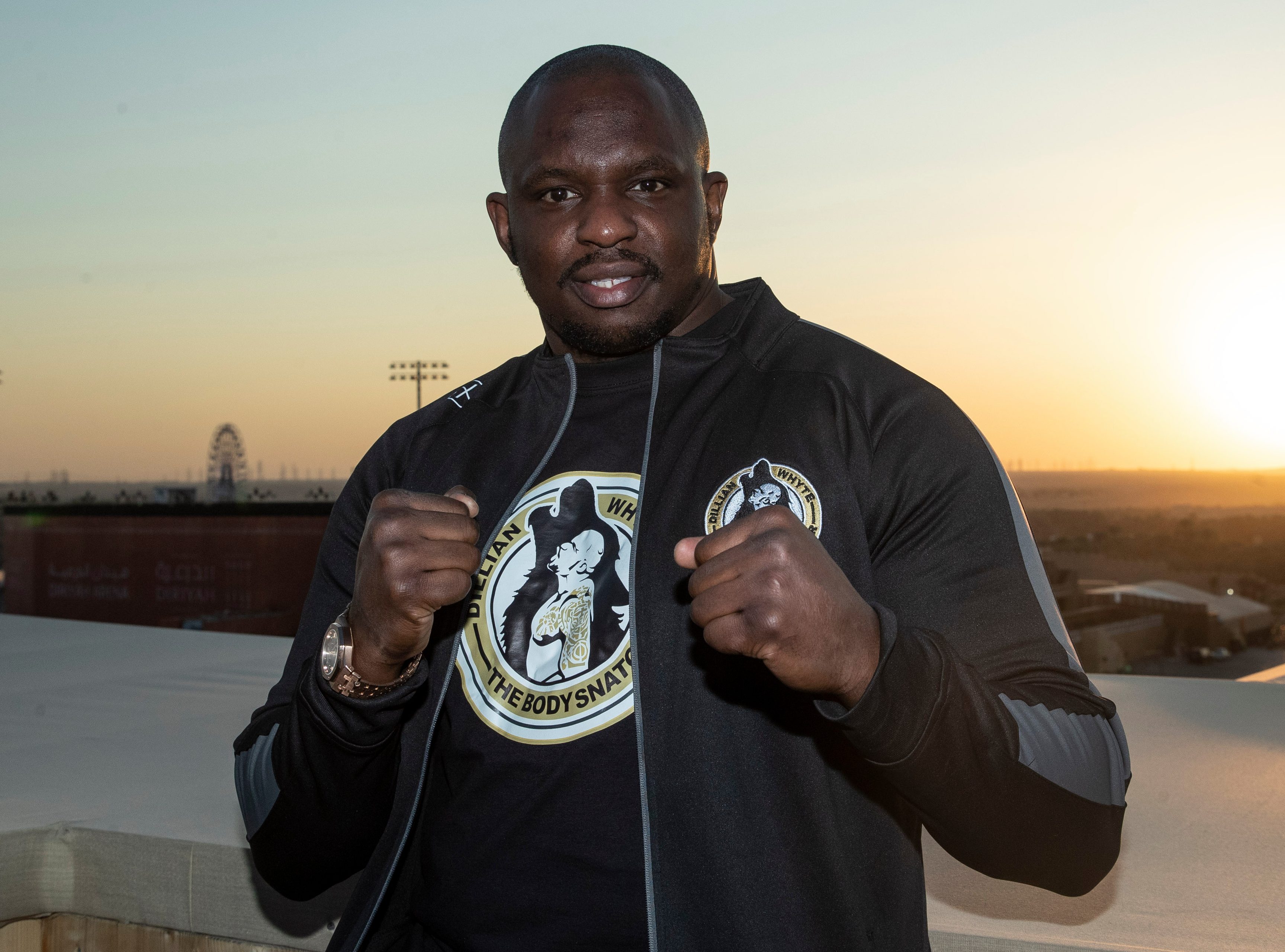 He was cleared to box that evening and has been free to fight since — but a dark cloud has hung over the Londoner as UKAD and the British Board of Control have failed to settle the situation.

Ahead of his bout with Pole Mariusz Wach on Anthony Joshua’s undercard on Saturday, Whyte, 31, opened up about his struggles.

Whyte said:: “I’m not someone to talk about my emotions but I have been stressed, down and depressed.

“It’s good to be back in the ring. It’s been stressful and a few times I’ve thought about walking away from boxing and jacking it in.

“I came very close to quitting.

“But my team, they kept pushing me, urging me to go to the gym and taking the mickey out of me, saying my belly was getting bigger.”

Meanwhile, Whyte has told old rival Anthony Joshua to ignore the critics and get back to his best ahead of his rematch with Andy Ruiz Jr.

Brit star AJ, 30, faces a must-win rematch on Saturday night in Saudi Arabia as he attempts to reclaim the unified titles against 19st underdog champion Ruiz.

After the 6ft 6in Watford giant was dumped on the deck four times before surrendering the WBA, IBF and WBO belts in round seven, he has faced criticism like never before.

But Whyte – who faces Mariusz Wach on the undercard – gave his former opponent a hug and urged him to block out the naysayers.

Whyte said: "Good luck, don't listen to no one. Forget about what people say bruv.”