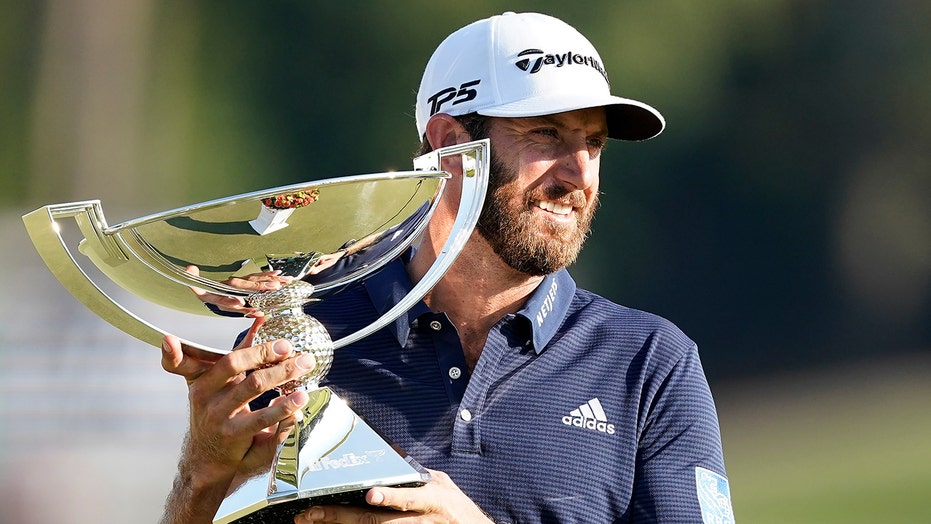 PGA Tour golfer Dustin Johnson, the No.1 player in the world, tested positive for the coronavirus, forcing him to withdraw from the CJ Cup at Shadow Creek on Tuesday.

The PGA Tour released a statement saying that Johnson told officials that he was dealing with COVID-19 symptoms, and he was given a test that came back positive.

Johnson, the reigning PGA Tour player of the year, has not played since he tied for sixth at the U.S. Open last month.

“Obviously, I am very disappointed,” Johnson said in a statement. “I was really looking forward to competing this week, but will do everything I can to return as quickly as possible. I have already had a few calls with the tour's medical team and appreciate all the support and guidance they have given me.”

Since the PGA Tour resumed June 18, Johnson is the 11th player to test positive for the coronavirus. Under the Centers for Disease Control and Prevention protocols on the PGA Tour, Johnson is to self-isolate for 10 days before he can return. That would leave open the possibility of Johnson playing next week in the Zozo Championship at Sherwood in Thousand Oaks, Calif.