Veteran defender Easton Wood will captain the Western Bulldogs for a second season, the AFL club announced on Tuesday.

There had been some speculation young star Marcus Bontempelli would take the reins in 2019 but he will continue as vice-captain. 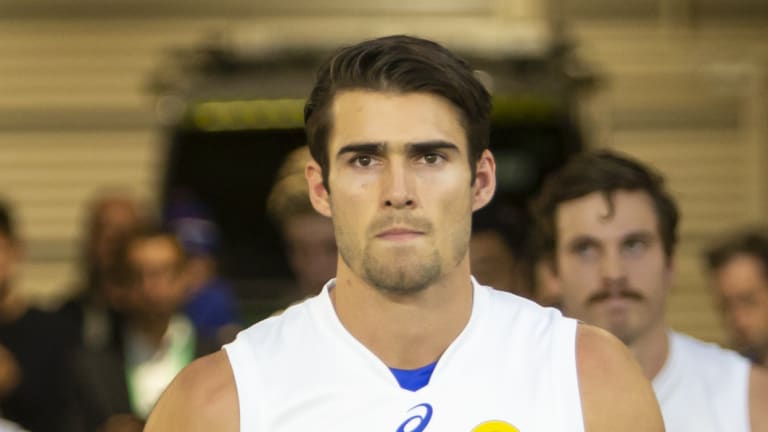 Easton Wood will skipper the Bulldogs again in 2019.Credit:AAP

In a stunning reversal of fortunes, midfielder Mitch Wallis has been elevated to the six-man leadership group after a difficult season that saw him dropped by coach Luke Beveridge.

After just one season at the club, former Port Adelaide utility Jackson Trengove is the other new face in the group, joining Jason Johannisen and Lachie Hunter.

Wallis looked headed for the exit at Whitten Oval just a few months ago.

The 123-game midfielder, who was out of contract at season's end, appeared to be at odds with his coach as he languished in the VFL despite the team's struggles in the AFL.

But after earning his spot back in round 13, Wallis enjoyed a strong finish to the season and signed a new three-year deal.

"To be formally recognised as a leader is a tremendous honour," he said.

"Leadership groups across the AFL are really important and I think we've got a really strong one, led by Easton and Marcus, who have been in those roles for a few years now.

"The six of us all bring different strengths to the group.

"We'll put our club and our teammates first with our decision-making."