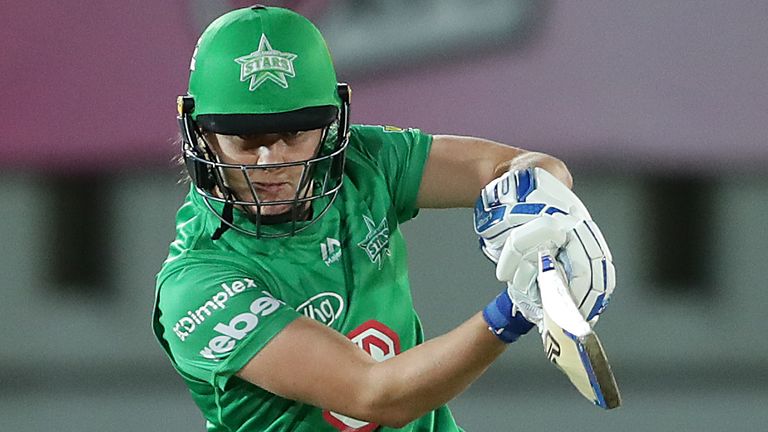 The 45-ball knock, which included five fours, enabled Stars to chase down Perth Scorchers’ 125-8 off just 16.2 overs in an emphatic seven-wicket victory.

Scorchers struggled to get going after being put into bat with leg-spinner Alana King (3-16) proving tough to get away.

The 25-year-old picked up the wicket of Beth Mooney (27) and was involved in the run out that brought about the end of Nicole Bolton’s promising 32 off 25 balls.

Stars stumbled to 20-2 in reply as Mignon du Preez fell for one after the attacking Elyse Villani had holed out off Sarah Glenn (1-29).

But Scorchers’ hopes were scuppered by an unbroken stand of 67 between Sciver and Annabel Sutherland – the pair coming together at 60-3 after skipper Meg Lanning fell to Heather Graham.

Stars will now face the winner of the second semi-final between Brisbane Heat and Sydney Thunder in Saturday’s final.