Six years ago, during a festive function at Doltone House in Sydney’s CBD, Cronulla directors expressed their alarm to the NRL about the conduct of coach Shane Flanagan.

The Sharks’ then chairman, Damian Irvine, advised then ARL Commission chairman John Grant of the difficulty the club directors had in controlling Flanagan and the football department.

A simmering “us versus them” situation had arisen. The root cause of the tension was money. The club owed its bank $13 million and was forced to obey strict covenants on spending. The Sharks’ head of football, Darren Mooney, was expected to perform the duties of chief executive and was very close to Flanagan. When money is tight and jobs aren’t filled, a coach with a strong work ethic can over-reach his responsibilities. 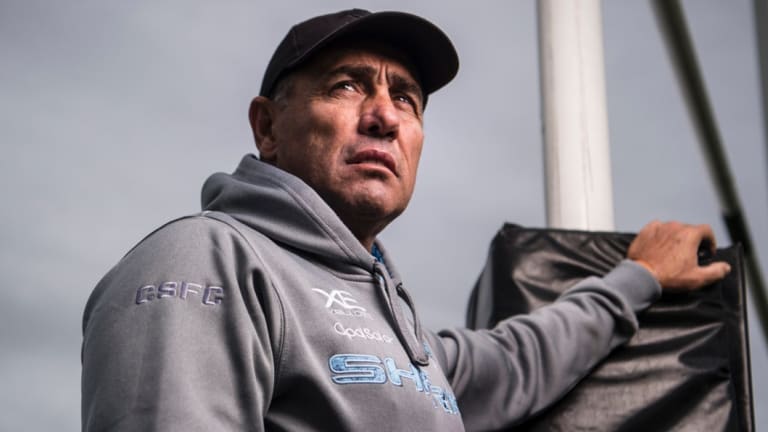 Deregistered: Sharks coach Shane Flanagan worked behind the scenes for the club in 2014 despite being bannedCredit:Wolter Peeters

The catalyst to action by the Sharks' board was a possible third-party agreement documentation issue. Irvine proposed, at the behest of his board, an NRL audit of the football department with the aim of disciplining the coach and his staff.

The audit proceeded and the club was ultimately fined $250,000, but no action was taken against Flanagan and his football department. Grant, who had spent six months as acting NRL chief executive, had little time to act because on February 8, 2013, the “darkest day in Australian sport” dawned with a press conference of federal government ministers and heads of sport revealing drug use in the AFL and NRL.

Cronulla were quickly identified as the NRL’s major concern and their directors speculated that they would need to draft in replacement players for any pleading guilty to the use of performance-enhancing drugs. How would this affect the salary cap, particularly in relation to the recent breach?

Salary cap auditor Ian Schubert told two directors: “You guys have bigger problems than that to worry about.”

The Cronulla board terminated the employment of three members of the football department and suspended Flanagan. Two weeks later, the board resolved to reinstate him.

One board member now regrets this, saying: “We might not have won a premiership but it would have been better in the long run [to cut ties with Flanagan].”

However, the payout would have bankrupted the club. Flanagan’s contract was structured in a way that a sacking led to payment in full.

There was also strong advice from NRL welfare officers that some of the players were in severe duress and having a “father figure” returned to the fold would be advantageous to them.

By mid-April, Flanagan and some of his dismissed colleagues attended a function for the Unity Group, a rebel board ticket, before the April 2013 club election.

The Unity Group campaigned on a “reinstate Flanno” pledge, effectively piggybacking off the coach’s popularity in the Shire.

The “insular peninsular” is very community focused and Flanagan’s commitment to the club, extending to painting the dressing room/gym in his rare days off, had not gone unnoticed. Its volunteer ethos sits comfortably with Prime Minister Scott Morrison, who invited the players, directors, staff and their families to Kirribilli House shortly after replacing Malcolm Turnbull. 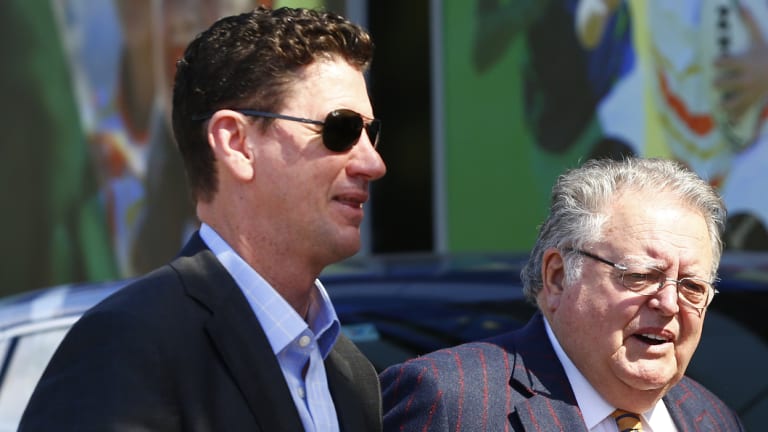 On April 22, 2013 the old board was voted off and a new one led by former Olympic basketballer Damian Keogh was elected. It became a Flanagan board.

So, rather than being “smashed” by the NRL, at the behest of a board concerned about corporate responsibility and internal control, Flanagan was now answerable to directors elected on a platform of championing him.

The NRL, focused on the peptides scandal, did not fully grasp the implications of this. An Ernst and Young investigation into the Sharks, commissioned by the NRL, did not interview one former Cronulla director, meaning any complaints about Flanagan’s role in acting outside his coaching duties were not canvassed.

In December that year, Flanagan was eventually suspended by the NRL for 12 months for a failure of duty of care to players administered peptides.

The NRL maintains that had it been aware of evidence presented in the Dank versus News Corp defamation case, or had known 17 players would plead guilty to doping infractions the following year, his suspension would have been longer.

However, the Cronulla board, beholden to Flanagan for its own election and impressed by his considerable talent as a coach, reappointed him, early in 2014, for the 2015 season. At the same time, the Sharks approached the NRL to vary the terms of Flanagan’s suspension to allow him to be involved in recruitment and retention, given he would be coaching the side in 2015. The NRL said no.

The terms of the suspension could not have been more clear. Flanagan was not allowed to be involved directly or indirectly with the club. He knew it. His agent knew it. The club knew it.

The club ignored that ruling because it was harmful to the club’s 2015 preparation and the Sharks worked with Flanagan in direct defiance of the NRL ban.

If there is one act that creates fury with the NRL’s taciturn chief operating officer Nick Weeks, it is a club seeking to deceive him or flout his rulings.

The evidence obtained by the NRL identifies that Flanagan was deeply involved in the club during the period from December 2013 to October 2014 – the entire period of his suspension. The evidence suggests that he continued to do almost everything other than sit in the coach’s box. He was involved in player recruitment and retention even though he knew this to be prohibited. He was involved in overseeing player medical treatment and conditioning – not on the training paddock but remotely. He was involved in staffing decisions and even signed off on press releases.

Consequently, on Wednesday, Flanagan had his NRL accreditation cancelled and the club was fined $800,000.

The NRL insists its parallel investigation into Cronulla salary-cap breaches is a separate matter.
There are matters of substance that need to be resolved and, in the same way the NRL took its time to probe Parramatta and Manly, the integrity unit is working methodically to understand exactly what has happened at the club in terms of the management of its salary cap.

The smart play from club officials and agents in circumstances where they have been caught with a smoking gun is to hand in their registration and leave the game. This effectively puts them outside the jurisdiction of the NRL and beyond its sanctioning powers.

Many fans argue Flanagan, who has until January 31 to appeal his deregistration, has been punished too severely for just failing to comply with a suspension.

However, the context of Flanagan’s 2014 suspension should not be lost on fans. He was suspended because of his involvement in an episode that resulted in incalculable harm to the image of the game. This was no everyday ruling. It was a penalty that was designed to hold people accountable for one of the most damaging periods of the game’s recent history.

The Sharks knew Flanagan was defying the NRL ban and did not care. In fact, the club actively facilitated the continuing contact. Four of the “Flanno board” have recently resigned and the club is expected to post a loss of $4 million.

Fifteen years ago, former Sharks coach John Lang told me, “People joke about Cronulla not winning a premiership, but it’s a victory for them every year, just to survive.”

Flanagan delivered the club its first premiership in 2016 but he, along with a compliant board, has now made it difficult for the club to exist.

Current chief executive Barry Russell has defiantly declared the Sharks have the will to survive but that’s a message you usually hear from rich clubs who say spirit is everything in football.

Poor clubs should know that it is money.