ATLANTA — In the adolescent years of Major League Soccer, its championship game did not always feel like a spectacle. In those days, the M.L.S. Cup was held at neutral sites before most teams had fan bases willing to travel en masse, and the pockets of empty seats and the mosaic of random jerseys in the stadiums didn’t exactly create a sense of grandeur.

It would be hard to imagine a bigger contrast, then, with what is now being promised in Saturday night’s 23rd M.L.S. Cup, when the Portland Timbers will visit Atlanta United with the league title at stake. M.L.S., which stopped using neutral sites for its final after the 2011 game, could hardly have drawn up a better setting: the league’s two top teams — and its past two most valuable players — squaring off inside the year-old Mercedes-Benz Stadium, its stands packed with more than 70,000 fans wearing the colors of a brash, second-year team that has jolted the league with both its style of play and its next-generation (for M.L.S., at least) business model.

“It’s going to be incredible,” said Arthur Blank, who owns both Atlanta United and its gleaming new arena. “For our fans. Really, for soccer in North America.”

Adding to the atmosphere will be the fact that about 2,000 Timbers supporters are expected to be on hand as well, making them the largest traveling contingent for a final that many in the league can remember. Many of the Timbers supporters will have traveled from the opposite corner of the country this week, ready to give full-throated reminders to their hosts that they have been singing chants and winning games — and trophies — since before Atlanta United existed.

For a league always striving to carve out a bigger stake in the American sports landscape, this moment — two of M.L.S.’s most popular and successful teams meeting on what is unquestionably the league’s biggest stage — is an exquisite bit of serendipity.

“It is not often that a league can celebrate a leading goal-scorer of all-time, an M.V.P., a record-setting fan base, and just clutter-breaking excitement with one team in one market,” the M.L.S. commissioner, Don Garber, said in an interview this week. 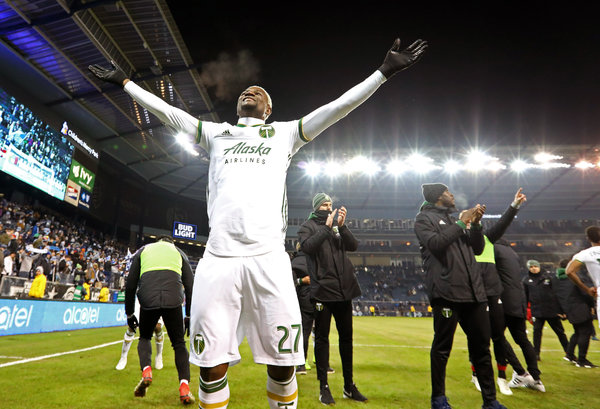 Atlanta enters the final as a heavy favorite, and for reasons obvious to anyone who followed the league this season. It finished two points shy of the top record in the league, the product of a fluid and aggressively attacking style instilled by its Argentine coach, Gerardo Martino. It features the league’s top player, Josef Martínez, the Venezuelan striker who won M.V.P. honors this week after smashing the league’s single-season goals record with 31 this season, as well as a teammate who could soon prove even more valuable: the gifted Paraguayan midfielder Miguel Almirón, who could soon break the league’s transfer record if a whispered move to the Premier League goes through in January.

On the other side of the field is a Portland team that, while it may not be able to match Atlanta’s average attendance numbers (figures that, the league boasts often, fall somewhere between the crowds at home games for Liverpool and Manchester City) or roster spending, has long been a darling of M.L.S. The Timbers, the 2015 M.L.S. champions, have sold out their stadium for every home game since joining the league in 2011.

“While I’m incredibly excited by what’s going on in Atlanta,” Garber said, “they’re playing against a team in Portland that has had that approach from the very beginning.”

Regardless of how Saturday’s match goes, Portland has already claimed a social media victory this week; on Sunday, it tweaked Atlanta United on Twitter after catching the newcomers using a file photo of Portland’s 2015 championship trophy to promote the game.

And as it did in its 2015 run, Portland has proved to be a tough opponent on the road this postseason. Led by the 2016 M.V.P., Diego Valeri, it has scored seven goals in three games away from Providence Park in the postseason. And while the first-year Portland coach Giovanni Savarese might not have the international pedigree of Martino, who previously coached Barcelona and Argentina’s national team, he is in his sixth final in seven years after making five in his last job, with the New York Cosmos of the North American Soccer League.

When the two teams played to a 1-1 draw in June, Portland deployed an extra defender to slow Martínez and Almirón, and Martino said Friday that he expected a similar dynamic in the final.

“We as a team expect to have the initiative, and we expect Portland to cede that to us,” Martino said through a translator during a conference call on Monday. “So we plan to be aggressive.”

There are contrasts off the field, too, despite both clubs’ reputations for large and dedicated fan bases — something not every M.L.S. team can boast. Portland has benefited from a rich local soccer history, dating to the Timbers’ roots as an N.A.S.L. team in the 1970s. Atlanta seems to have burst out of nowhere — a result of careful planning since the franchise’s founding and a focus on nurturing the team’s fan culture long before the squad’s first player was signed.

Through different paths, it has all added up — for both teams — to something M.L.S. has long sought: true resonance in their respective cities. That is not lost on the players who have been part of it.

“The game itself is going to be special because, I think, it’s going to have a sparkling atmosphere, you know?” said the veteran Atlanta defender Jeff Larentowicz, who is playing in his fifth M.L.S. Cup. “In the past, it hasn’t always been that way.”