Adam Zampa has turned to the old and very new brigade in his quest to nail down a World Cup berth.

The leggie with cricket's coolest hair – and coolest silver earring – is hoping to get his first chance on Saturday against India to convince selectors why they should play him and the GOAT, Nathan Lyon, in the same Australian one-day side. 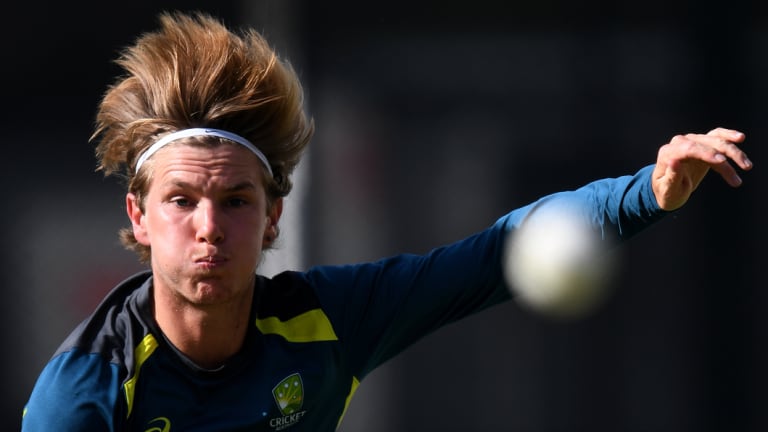 The first time the pair played in a one-day international together they took six wickets and embarrassed the West Indies in their own backyard.

While Lyon is in career-best form, Zampa continues to fine-tune his own game by watching Australia's best spinner, as well as Big Bash sensation Rashid Khan, while also working with the Melbourne Stars' Nepalese teen sensation, Sandeep Lamichhane.

"In terms of skills I've tinkered with a few things, I've watched a lot of footage of other leg-spinners around the world and the way they bowl and their strengths and weaknesses,'' Zampa told The Herald.

"I still don't think I'm bowling as well as I could. I'm striving to be better every day. 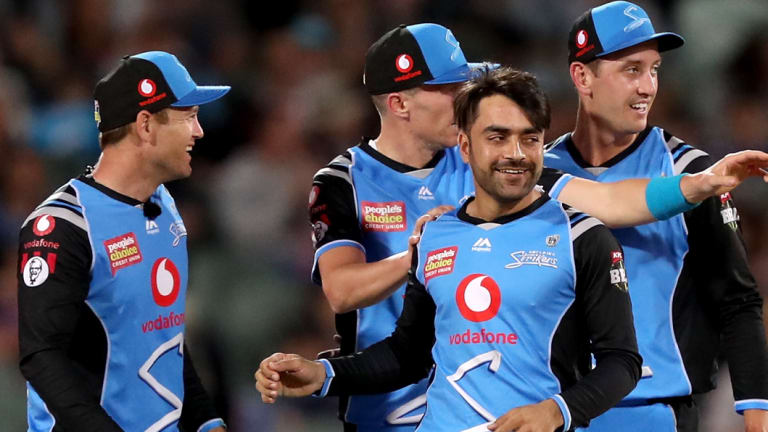 ‘Gold’: Rashid Khan of the Strikers has been an inspiration to Zampa.Credit:AAP

"I like watching Rashid Khan bowl. He's gold. In terms of his actual bowling, he bowls so fast, he bowls his wrong'un and leg spinners from the same height. That's why he's so hard to pick. He wears the batters down.

"And I've tried asking Sandeep lots of questions. He says, 'It's a gift'. He's being genuine when he says it.

"I said, 'What about your wrong'un and leg spin', and he said, 'I grew up on the street and picked up the ball one day, and it's a gift from God'.

"I said, 'Maybe I should start believing'. I told him I have to work really hard for my 'gifts', if that's what you call them.''

Lamichhane has since departed for the Bangladesh Twenty20 competition.

Zampa has been in and out of the Australian ODI side while Lyon has played just the two 50-over games in three years. The 31-year-old has regularly made it known he is keen to play more white-ball cricket.

Rather than seeing Lyon as stiff competition, Zampa hopes the pair can complement each other from either end as the countdown to the World Cup in England commences.

"We've got 13 games coming up before the World Cup, and I've realised I won't play every game, but when I do, I feel like I can't act like it's my last game ever,'' Zampa said. 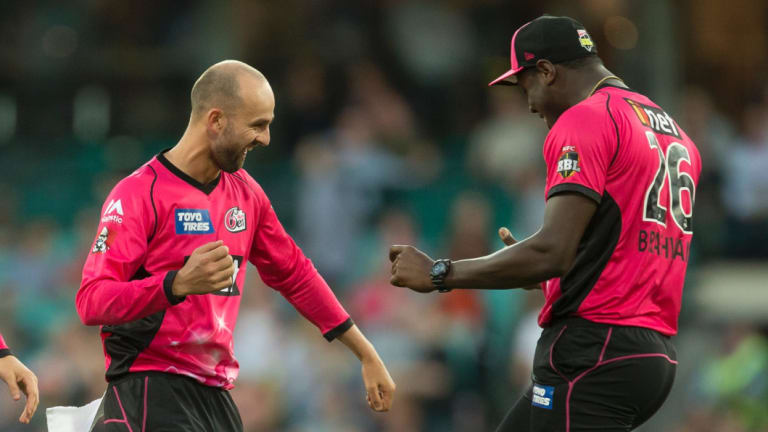 Spin twins: Zampa believes he and Nathan Lyon can operate in tandem. Credit:AAP

"I need to be relaxed and back my skills.

"It's nice to have 'Gaz' here and with him bowling as well as he is at the moment. A lot of teams are playing two spinners. If anything I see it as a positive if we can bowl well together.

"I'm trying to think of it from my point of view and who I would like bowling at the other end – having 'Gaz' at the other will really help.

"I think we can definitely play two, especially with the abundance of all-rounders. There's 'Stoiny' [Marcus Stoinis] and Mitch Marsh who can bowl overs for us, and at some stage we can definitely tinker with two spinners.''

Just four days after India celebrated their Test victory in the middle of the SCG, Australia's pain is expected to continue in the coloured format with the bookies listing the home side $2.40 outsiders.

Their hopes have also been dealt an early blow with Mitch Marsh a scratching because of a bout of gastro.

"We’ll just have to wait to see how he goes, he certainly won’t play this first game and we’ll see how he recovers.''