The couple are expecting their third child and the partner of Tottenham's star striker posted the picture showing how her pregnancy is progressing. 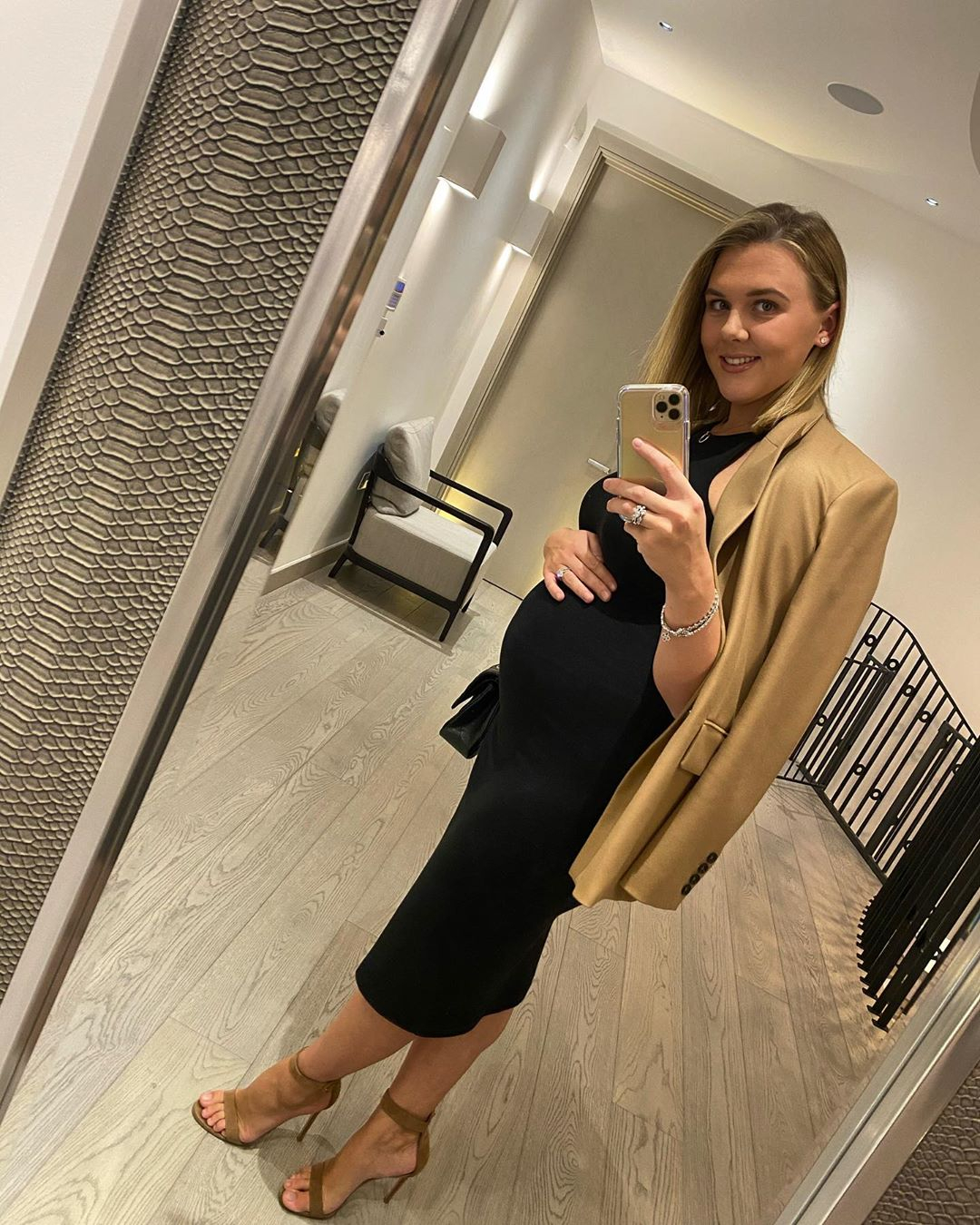 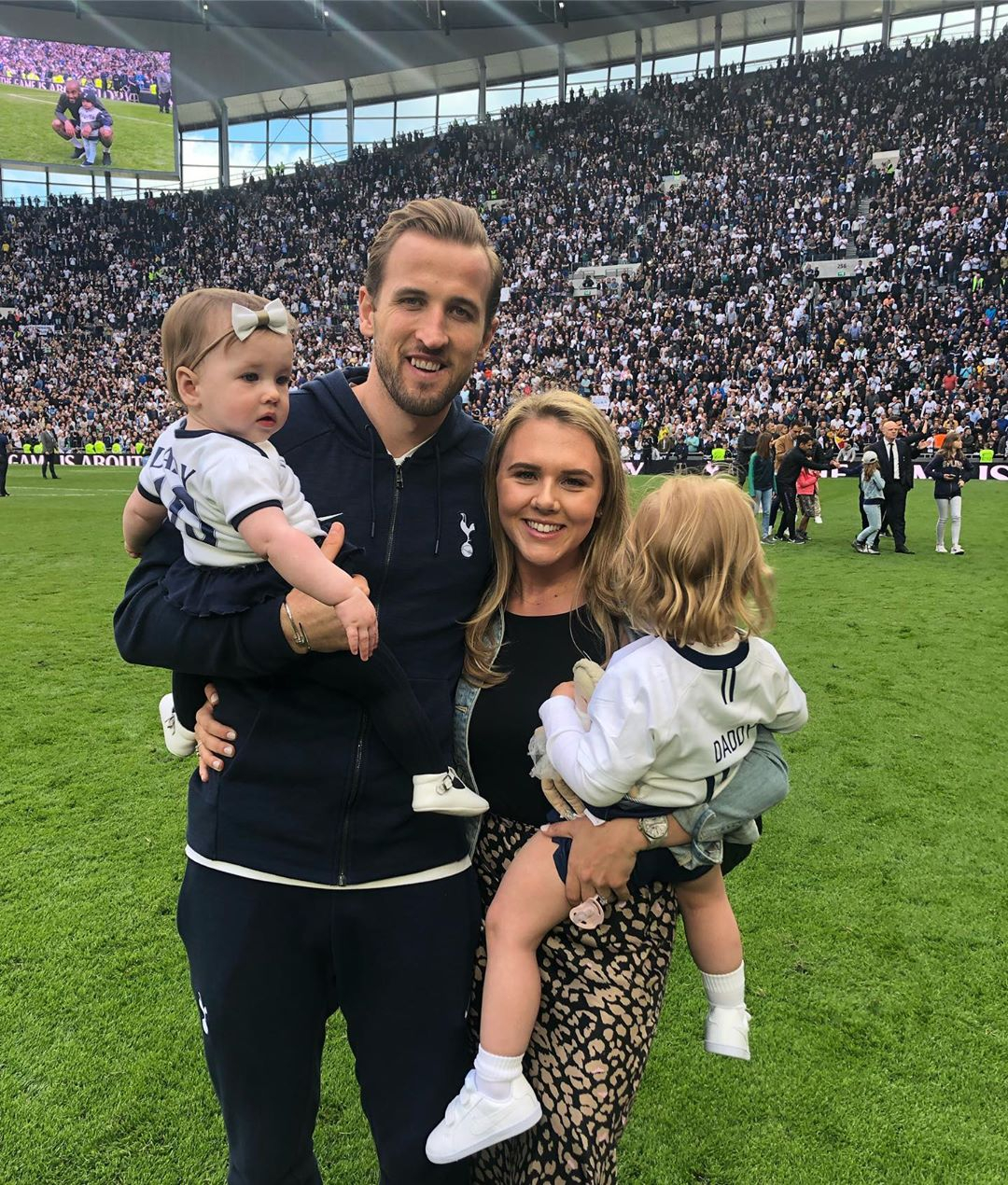 Goodland's photo shows her standing in front of a mirror wearing a long black dress with a beige jacket draped around her shoulders while her hand rests on her bump.

She captioned the post: "Hello bump" with a blue and white heart emoji.

It received more than 14,000 likes and Kane replied with a flame and a heart eyes emoji.

Kane shared a clip of himself taking a penalty in which he burst a blue football balloon to let the world know they are having a boy.

The England captain had told fans that his childhood sweetheart was pregnant with their third child over the previous weekend.

Kane uploaded a picture of the pair with huge smiles alongside blue and pink balloons in the background.

But he left fans guessing the gender with emojis of a blue and pink heart.

But Kane eventually confirmed his wife is carrying his first son after posting the reveal video on Instagram.

The 27-year-old enjoyed a virtual party as he asked friends and family on Zoom for their predictions.

Kane then stepped up from the penalty spot to confirm that he was expecting a boy as he burst a huge football balloon hanging from the crossbar that exploded in blue smoke.

He captioned the post: "We are having a boy."

Kane and Katie married in the Bahamas last year after the England skipper proposed on the beach in 2017.

The pair went to school together and Katie has been by his side throughout his meteoric rise to the top.

Speaking to Esquire, Harry said of Katie: “We went to school together, so she's seen my whole career. Of course, she's finding it a little crazy.

"I think she's even been in the papers a couple of times taking the dogs out.” 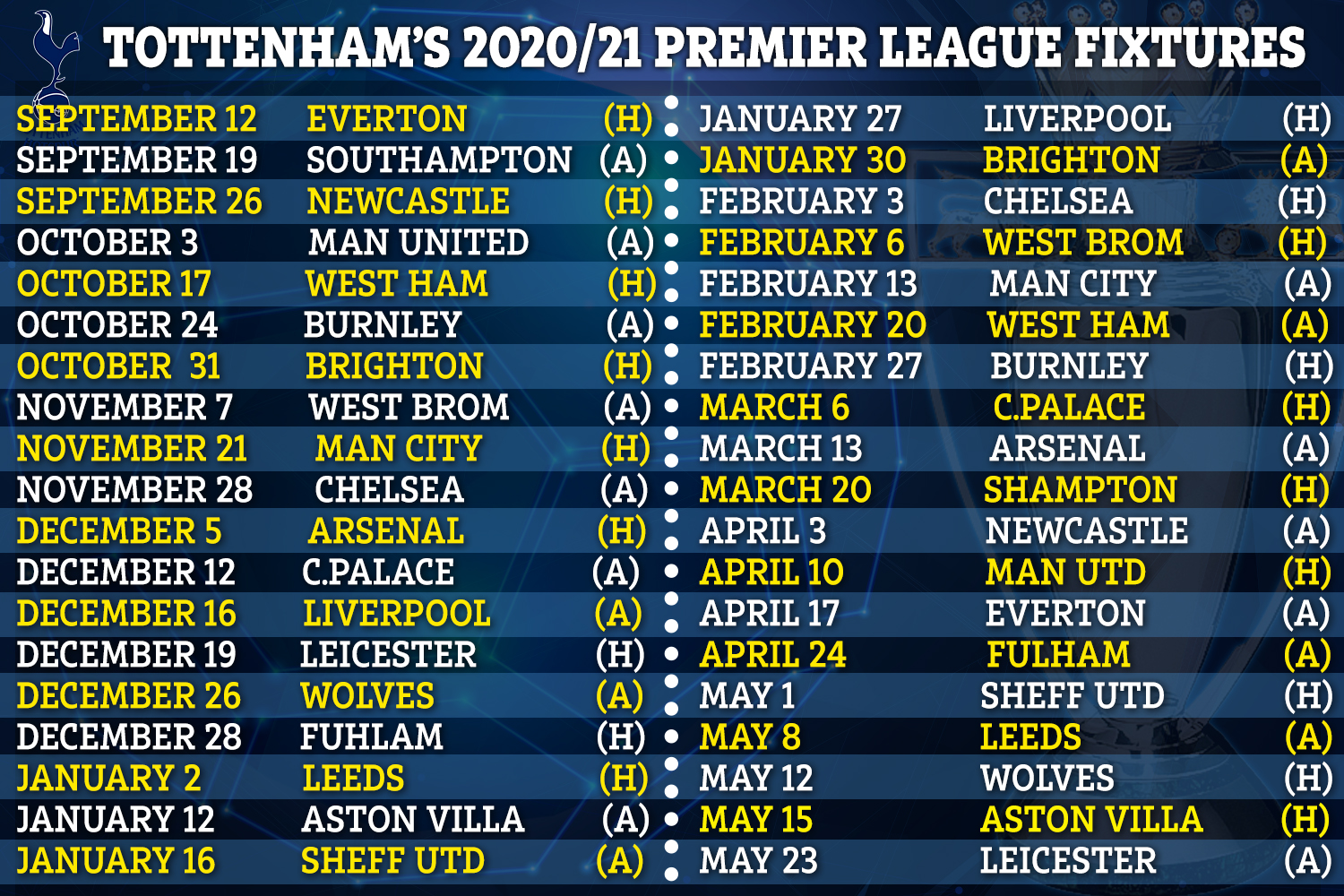