FRANK LAMPARD is set to hand debuts to Timo Werner and Kai Havertz when Chelsea face Brighton on Monday.

The 8.15pm kick-off represents the first real chance for Blues fans to see the fruits of their summer market labour. 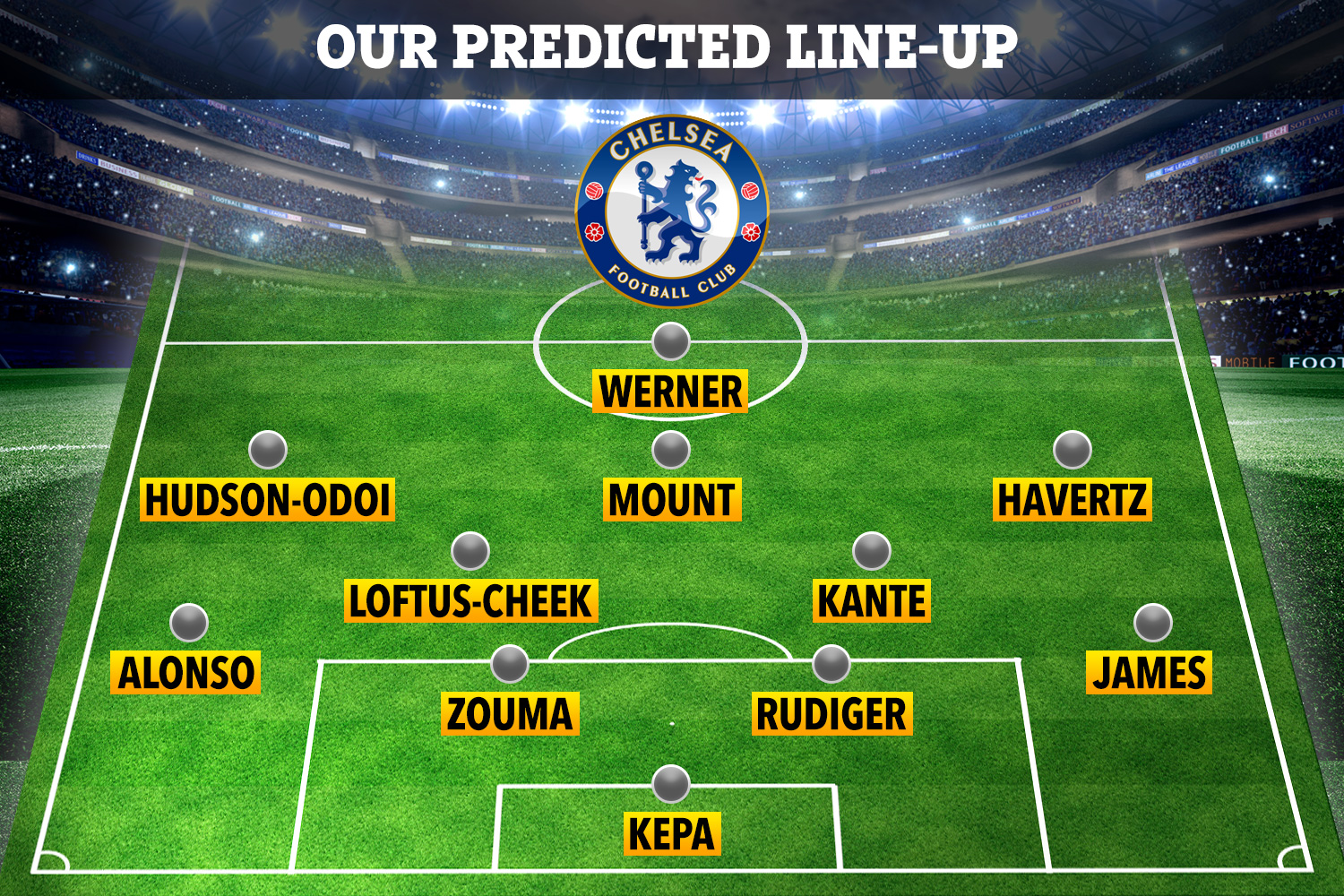 However, a trio of new stars will be absent in Thiago Silva, Ben Chilwell and Hakim Ziyech.

Chelsea boss Lampard explained in his pre-match press conference that Ziyech is out for the opening weeks of the season with a knee issue.

Chilwell is suffering from a heel problem while Silva only landed in London this week after his switch from Paris Saint-Germain.

He said: "Ziyech took an injury against Brighton and he won't be fit, we hope it will only be a couple of weeks.

"Chilwell won't be fit. He has improved this week.

"Silva is in London but not training until the weekend, so I doubt in contention."

Chelsea took on Brighton in a pre-season friendly last month, offering a glimpse into Lampard's line-up for the real thing.

A 4-2-3-1 system had Reece James at right-back and Callum Hudson-Odoi also in from the start.

The duo are likely to play again at the AmEx, depending on whether Lampard wants to risk Cesar Azpilicueta and Christian Pulisic after their injury worries.

The manager, 42, said: "They’re in contention for Monday, but I have to be careful."

New man Havertz could line up on the other flank after reportedly impressing on his first days in training.

Ziyech's absence may mean a chance for Mason Mount to impress in behind Werner, reducing Tammy Abraham to the bench.

In midfield, Billy Gilmour is out injured with Matteo Kovacic suspended after a red card in the FA Cup final.

Silva and Chilwell's absences in defence should see Lampard stick with Antonio Rudiger, Kurt Zouma and Marcos Alonso versus Brighton.