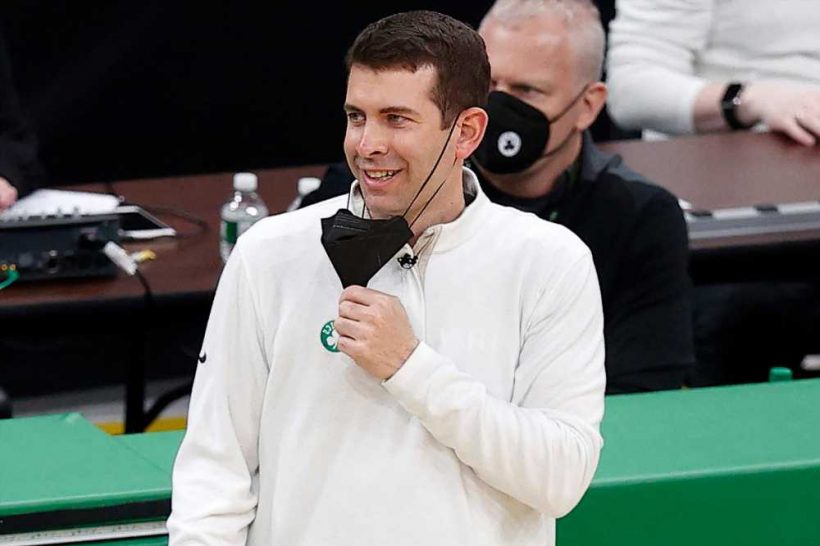 Before hiring former Hoosier Mike Woodson as its next basketball coach, Indiana was prepared to pay heavily to bring back another of the state’s prolific native sons.

The Big Ten program was willing to tender a seven-year contract worth $70 million to lure Brad Stevens away from the Boston Celtics, but the former Butler coach didn’t entertain Indiana’s overtures, according to ESPN’s Adrian Wojnarowski.

The news made for some funny byplay Saturday night between Wojnarowski and former NBA star Jalen Rose, who stood up on the set of ESPN’s “NBA Countdown” and called out his former Michigan teammate and current Wolverines coach Juwan Howard.

Later in the segment, Rose added that Stevens made the right decision.

“It’s better to be in the league,” Rose said. “He can get the same money in the league without having to go recruiting and having to do all the stuff that comes with being a college coach.”

Indiana tabbed Woodson, a former star guard under Bobby Knight at IU and most recently an assistant coach under Tom Thibodeau with the Knicks, on March 28 for what has been reported as a six-year deal worth around $3 million per year.

The 44-year-old Stevens had told reporters earlier in March that he planned to remain in Boston, where he’s coached since 2013.

“I love coming to work every day. I love this area,” Stevens said. “People have been great to us. My family is so happy. And, at the same time, home is home. And that’s why I wanted to make sure everybody understood that means a lot.

“But I’m not a kid anymore. I’m a 44-year-old Masshole. I swerve around others when I’m driving, I eat Dunkin Donuts and I root for the Patriots. I’m, unfortunately, skewed in a lot of ways, I guess.”