From chief executive Brendon Gale to the largest group of club members in AFL history, Trent Cotchin is excited like everyone else by what boom recruit Tom Lynch can bring to a Richmond team chasing a second flag in three years.

Cotchin began his 12th pre-season campaign on Monday insisting he had come to terms with the Tigers' shock finals exit to Collingwood. 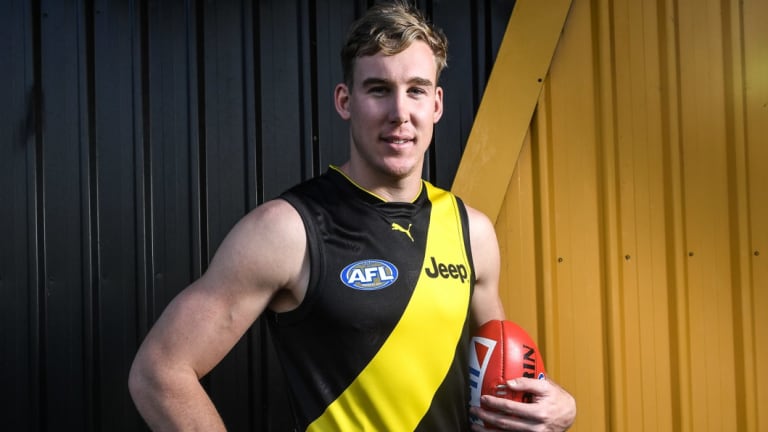 "It's the power of acceptance – it was what it was and there's not much I can do about it now," the Richmond skipper said when asked whether he had spent the off-season stewing over the 39-point defeat to the Magpies in the preliminary final.

"We didn't play really well on that night and Collingwood played exceptionally well."

Before the finals campaign even began, it was pretty much a fait accompli Lynch would be joining the Tigers as a free agent after eight seasons without any finals action on the Gold Coast.

The deal was duly completed in October with Lynch set to form a lethal key-forward double act with three-time Coleman Medallist Jack Riewoldt.

"They say change is as good as a holiday," said Cotchin.

"Without actually seeing it and training and seeing how the system works it's hard to comment on.

"But I'm really excited to see what he brings and also the way our group who are structured around him down there can help his game as well."

Gale has an interesting perspective on what Lynch can bring to the table.

In a playing career at Richmond spanning 244 games from 1990-2001, he spent plenty of time holding down a key forward post.

And in his current role as CEO, Gale was integral in restructuring the contracts of several key Tigers, including Cotchin, to ensure Lynch could be fitted in under the salary cap.

"We've got a responsibility to provide our team with the resources and give them a chance to play in finals and win premierships," said Gale after presenting a $235,672 cheque to the club's charity partner, the Alannah and Madeline Foundation.

"We think Tom is an exceptional character, we think he's a very, very good player and we think he can only make us better.

"At the end of the day our leadership group absolutely buy into that."

Lynch will be managed closely during the pre-season, after undergoing posterior cruciate ligament surgery in July, although he insists he will be ready for round one.