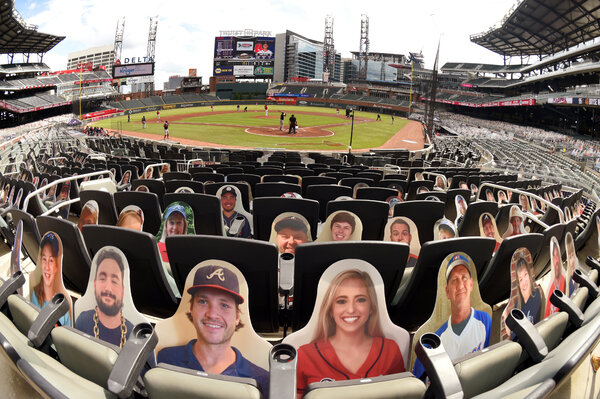 It is Day 2 of the 2020 Major League Baseball postseason, and it is a doozy: An orgiastic, 13-hour baseball-a-thon, with an unprecedented series of eight playoff games on a virtual conveyor belt of high-stakes action.

It starts at noon Eastern time in Atlanta, with the next five games scheduled to begin every hour until the Yankees play in Cleveland at 7 p.m. Eastern time, and it lasts until the final pitch is thrown in Los Angeles between the Dodgers and Brewers, probably around 1 a.m., and half of them will be elimination games.

“It’s going to be crazy,” said Chicago White Sox pitcher Dallas Keuchel, who will pitch in the third game of the day against the Athletics in Oakland. “It’s almost kind of like a jumbled mess.”

Tuesday was the warm up-act, when baseball turned the page from an abbreviated regular season to an expanded postseason. There were four American League playoff games scheduled Tuesday, starting with the Houston Astros against the Minnesota Twins in Minneapolis.

But on Wednesday, when the National League joins the fray, the curtain will rise on the main stage for what may more closely resemble the early days of the N.C.A.A. basketball tournament than a traditional day of playoff baseball.

“March Madness is one of my favorite times of the year,” said Dusty Baker, the Astros manager, who is leading his fifth different team to the postseason. “This is like September Madness.”