Another sizzling round from Matt Millar has earned him two cracks at $10 million prize pools after he finished a career-best equal third at the Australian PGA Championships on Sunday.

The podium effort saw Millar finish the year with $236,241 in prizemoney and second in the Australian order of merit behind Jake McLeod, who tied for 19th on the Gold Coast. 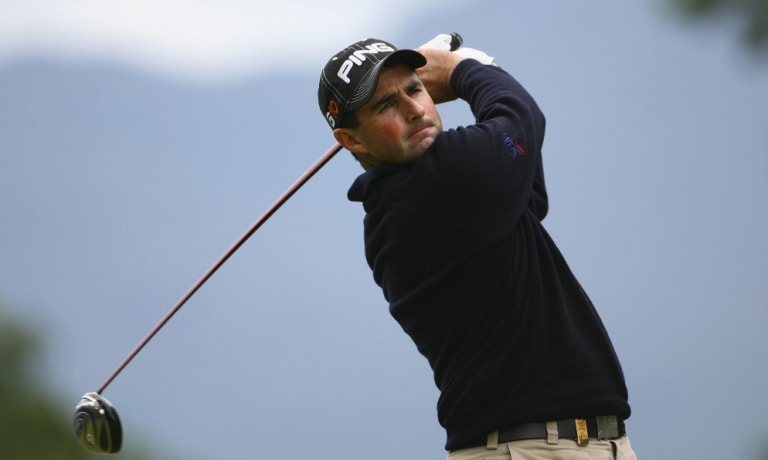 It means Millar qualifies for world golf championships tournaments in Mexico in February and China in October where there are no cuts and last place takes home $50,000.

Millar shot four-under in his final round at Royal Pines and missed outright third after his only bogey of the tournament arrived on the 18th, but it didn't affect him catching McLeod.

He needed to finish outright second to punch his ticket to the British Open next year but couldn't mow down Marc Leishman and winner Cameron Smith.

"I played really well today, sort of missed a couple of chances on the back nine unfortunately, at 15 I missed six-footer for birdie and an eight-footer at 17," Millar said.

"On Thursday I played equally as good if not better and shot 72, the ball just wouldn't go in the hole. Today I was knocking them in and made a great save on the fifth when I was in strife.

"I played well all week from tee to green and the putter got better each day. If I started strongly on day one or two I probably would have won it but it's easy to say that.

"Marc and Cam played great, it was always going to be quite a task to run them down, they're world-class players and I gave them a little bit too much of a start.

"I was only ever playing for third, that's what it felt like. But this golf course is not really suited to me that much so to get that result is even better."

Millar earned $80,000 for his efforts but was made to share third spot after Englishman Ross McGowan shot a ridiculous nine-under 63.

"Ross had a day out, I was talking to just before and he said he just got hot and kept going," Millar said.

"I had my only bogey of the weekend at 18 but it didn't matter because outright third wouldn't have got me first on the money list anyway."

"Second on the money list will get me two world golf championships and at those events there’s no cut and you play for 10 or 11 million, it's crazy," Millar said.

"This is my best result at the Australian PGA, my previous best was sixth in 2015 and I had my best Australian Open result [last month] where I tied fifth, which is pretty decent for me.

"It's been a big few weeks, a big year actually. No doubt 2015 was awesome and it's hard to split the two but both definitely on par with each other."

Millar will return to Canberra and take six weeks off before picking up the sticks again in January.

"A huge thanks goes to everyone back home and everyone that follows me. I really appreciate all the messages of support from Canberra  and the people who turn up and get behind me," Millar said.