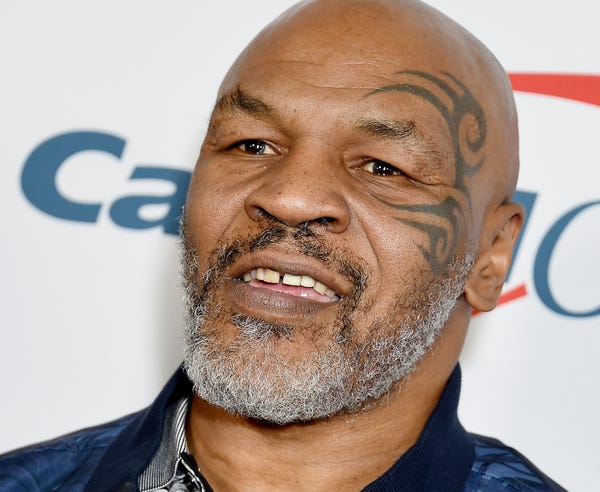 Mike Tyson is the best he's ever been and could still go toe-to-toe with Tyson Fury, Anthony Joshua, and Deontay Wilder, according to the 54-year-old's trainer, Rafael Cordeiro.

Tyson last stepped inside the ring 15 years ago, however he's currently training to for an eight-round exhibition involving fellow veteran Roy Jones Jr., 51, on November 28.

Ahead of the bout, Tyson has been training vigorously for up to eight hours a day with Cordeiro, who believes the former world heavyweight champion can still compete with today's best heavyweights.

"Everything he had in the past, he does better than before. So I'm impressed, not only with him as a person, but about the fighter.

"He's showed desire every single day in the training. He runs every morning, he trains three times a day, so he's changed his body, but his mind is still there.

"He's still the same Mike Tyson inside the ring, he goes there to kill or die."

Asked if Tyson could compete with Fury, Joshua, and Wilder, Cordeiro said: "I believe Mike can do it. If he put his mind [to it and] wanna fight for the belt one day, why not? Who say it's impossible to do?

"He's fighting every single day in the gym and I believe the best still to come. Why not? If one day he wants to prove, he put his techniques to the test, why not [fight for] the belt?"

Tyson's last professional bout was in 2005 when he lost to Kevin McBride, bringing an end to a career with a record of 50 wins and six defeats.

Meanwhile, Fury, Joshua, and Wilder — three of the best heavyweights in the sport over the last decade — are all more than 20 years younger than Tyson.