Sterling, 24, was singled out for vile taunts during Saturday's match – which the Three Lions won 4-0 at Wembley. 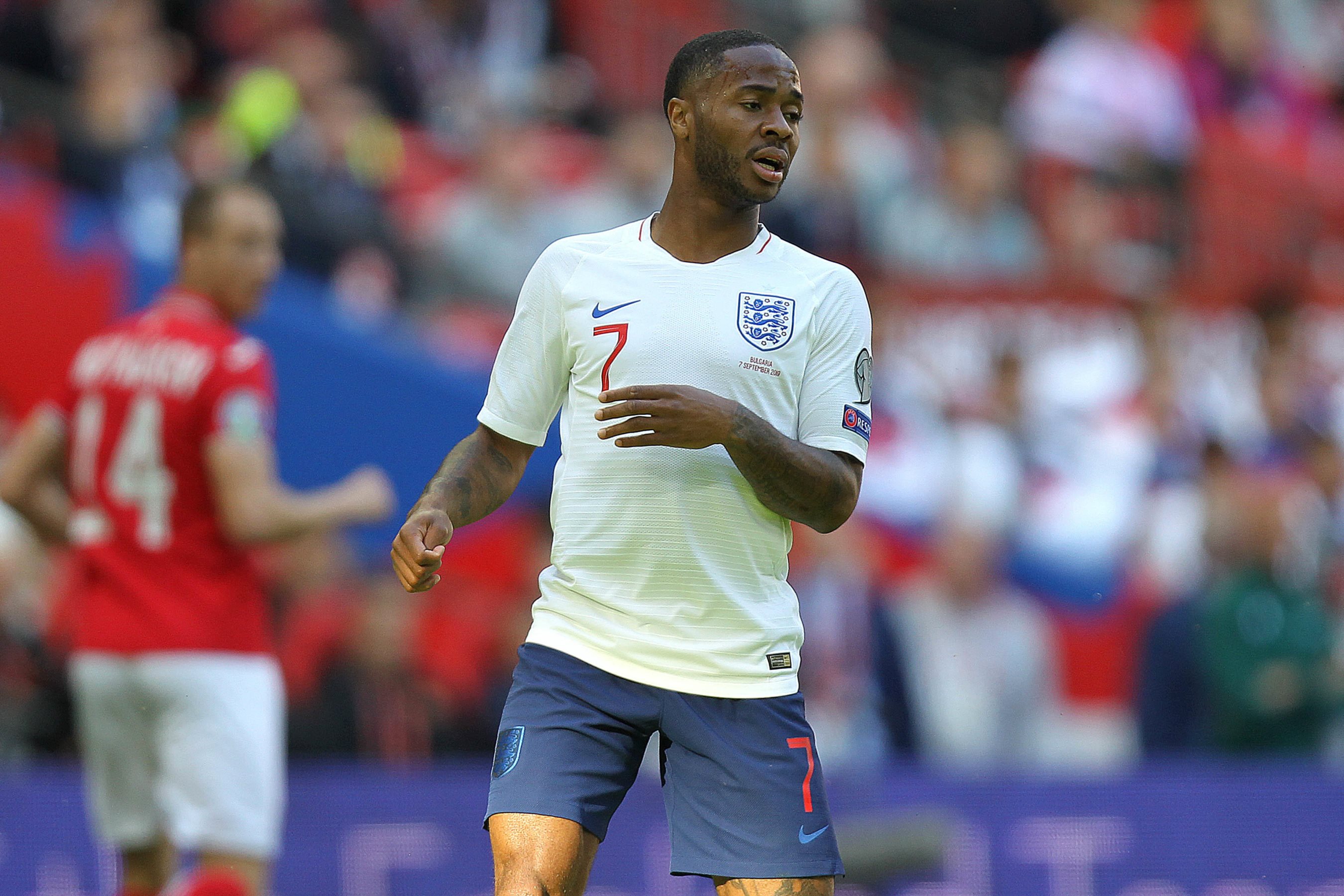 The culprit, believed to be a Bulgaria fan, was overheard by a steward at Wembley who immediately ejected him from the ground.

Stadium staff then handed him over to police, who arrested him on the spot and took him to a North London station before he was later released without charge.

The incident has been reported to Uefa's match delegate, while Sterling and England boss Gareth Southgate were told of what happened after the game.

The Manchester City star scored one and created the other in the win, and again showed his class by inspiring England to a 5-3 victory over Kosovo on Tuesday night.

An FA spokesperson said. “An individual seated in the away section was ejected and arrested for discriminatory abuse during the ­England v ­Bulgaria match.

"Wembley Stadium operates a zero tolerance ­policy on anti-social and discriminatory behaviour and anyone found guilty will be ejected and reported to the police.”

Saturday's incident is the second time Sterling – who gave his boots to a young fan last night – has been subjected to racist abuse during the Euro 2020 qualifying campaign.

The forward was among several players on the receiving end of vile chants during the 5-1 win over Montenegro in March.

Now the FA have concerns over what will happen when England travel to Bulgaria for the return match next month.

The last time they visited the country, seven years ago, Theo Walcott, Ashley Young and Ashley Cole were taunted with monkey chants.

That incident led to Uefa hitting the Bulgarian FA with a fine.