RONALDINHO has thanked fans and well-wishers for their support during his Paraguay prison hell, while releasing a trailer of a new documentary film about his life.

And the former Barcelona and AC Milan ace has made it clear his incarceration has not affected his positive outlook on life – by revealing the biopic is set to be called "The Happiest Man in the World." 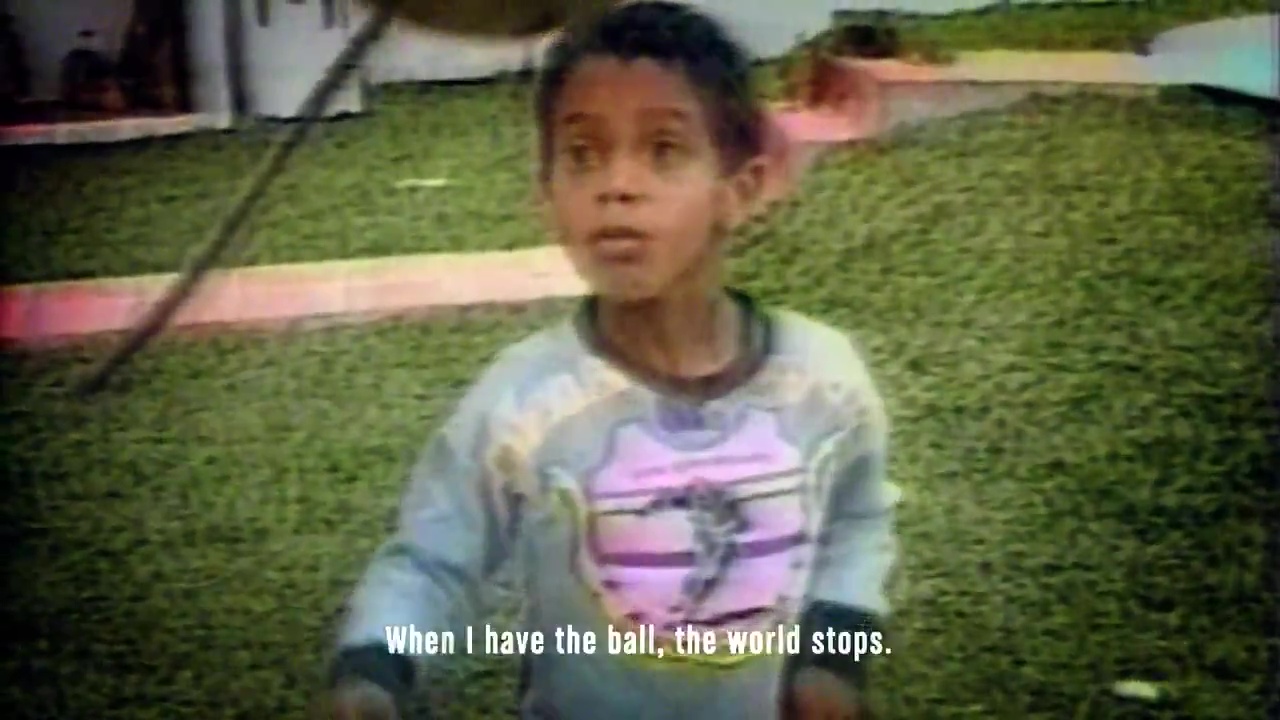 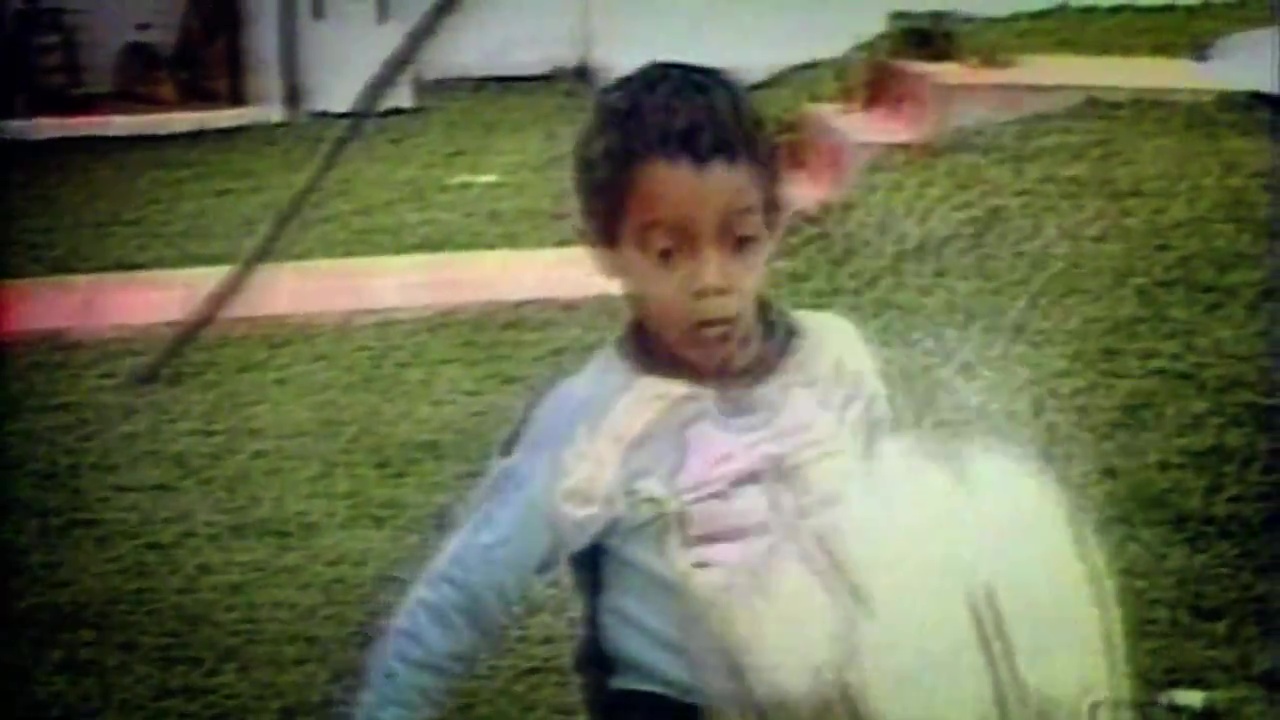 The 40-year-old, who celebrated his birthday in prison after being arrested on suspicion of entering Paraguay with a doctored passport, opened up on his feelings after his release last week.

And he admitted: “A difficult stage of my life has reached its end, thanks God.

"I haven’t got words to thank all the affection and support in these last few months. You will always be in my heart.”

He added in a message to fans which accompanied a teaser of his screen biography: “I want to share with you a trailer of the film.

“It tells the story of my life which is linked in great part to your support. I hope you enjoy it.”

The images released by Ronaldinho showed the football legend doing keepie-uppies as a child as he admitted: “My first memory. The ball. The ball is the great love of my life. When I have the ball, the world stops.

"At that moment I don’t think about anything else.” 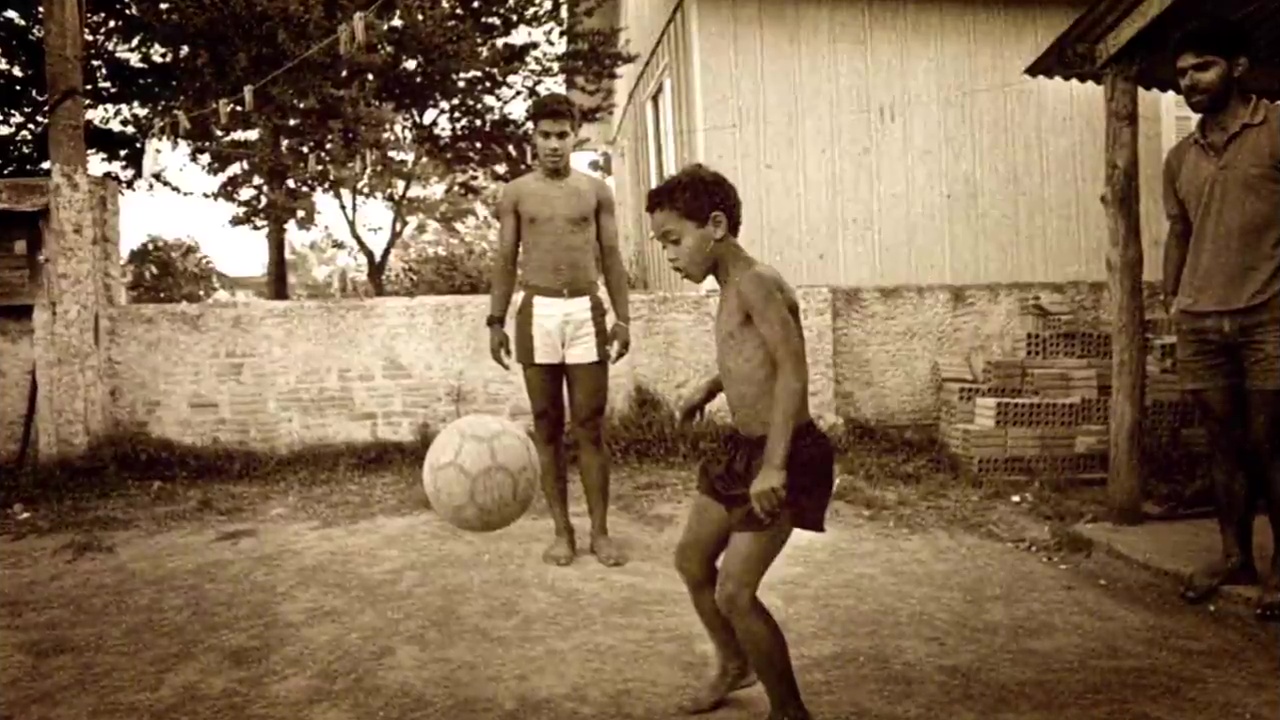 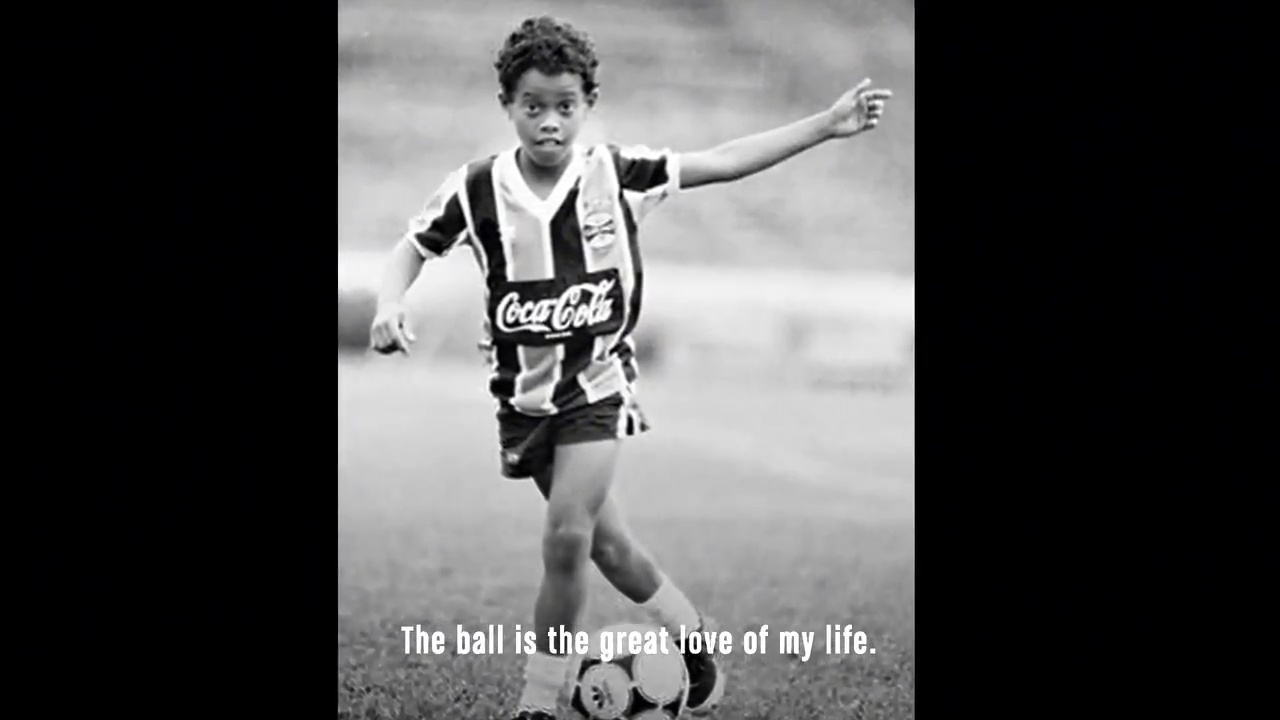 He goes on to break into his trademark goofy grin as he laughs “What’s difficult for you was easy for me.”

The soccer genius also admits in the teaser, which includes footage of him showing off his skills during his time with Barcelona and scoring for Brazil: “There is not a day when I do not think about a full stadium.

"Football was my life.”

It was not immediately clear on Monday if the documentary will feature him facing an embarrassing trial and a long spell behind bars as a convicted criminal.

The former footballer and his brother Roberto de Assis Moreira flew back to Rio de Janeiro last Tuesday after a forced stay of nearly six months in Paraguay.

Their return to Brazil came 24 hours after they were told they would not be put on trial over a fake passport scandal as their lawyer struck a deal with state prosecutors which was rubber-stamped by a judge. 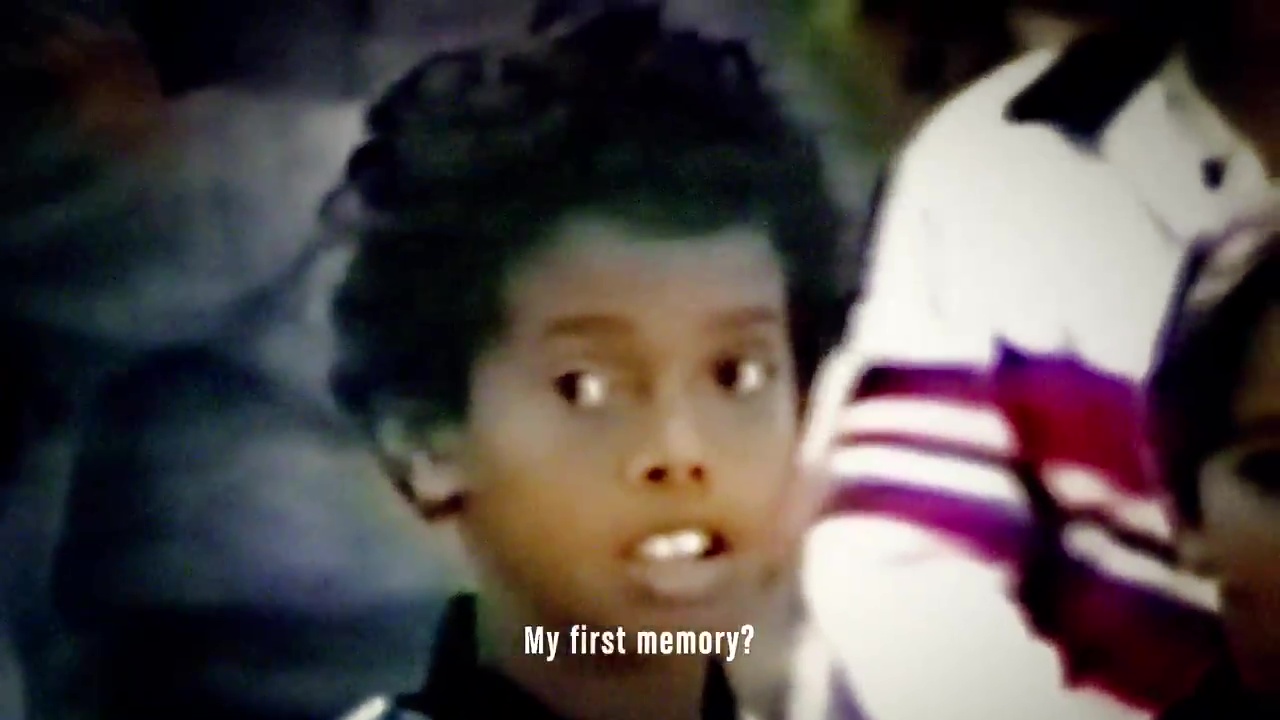 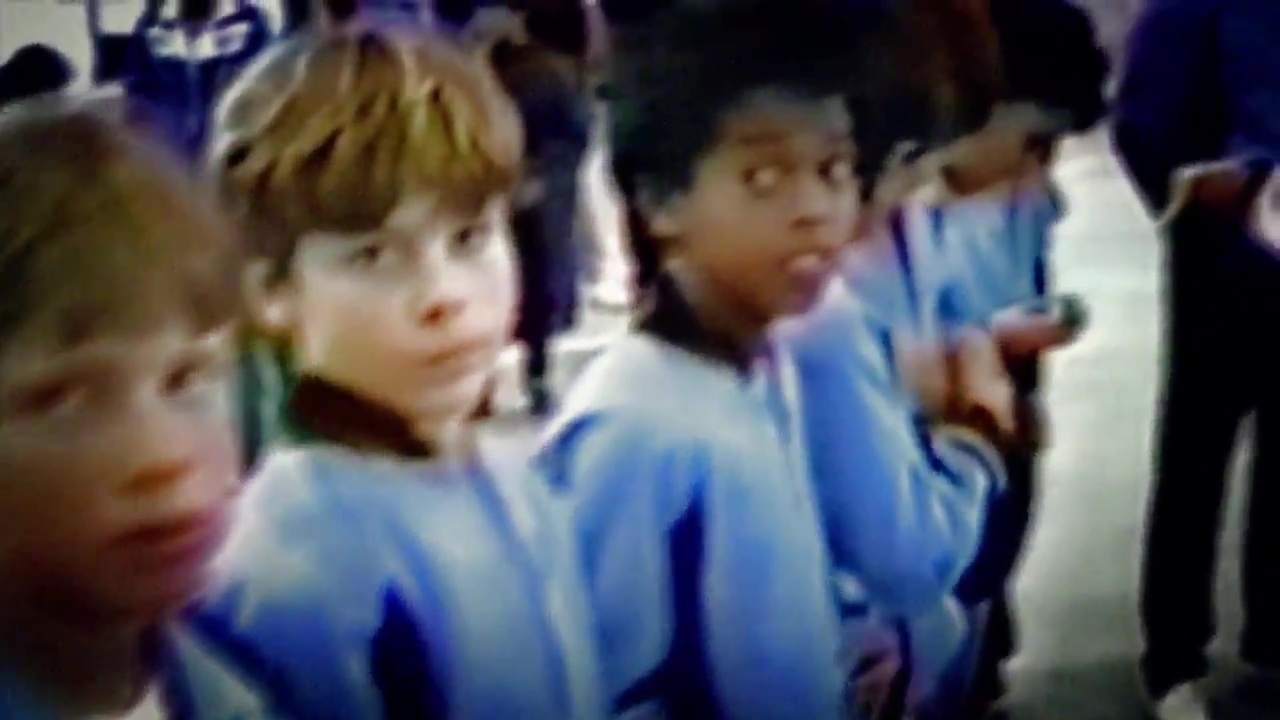 Roberto was freed with a criminal record after pleading guilty to using a false document and being given a suspended prison sentence.

The siblings will have to pay around £153,000 in compensation, with Ronaldinho having to pay £68,000 of the total and his brother the rest.

Ending the near-five months of house arrest the pair were placed in a luxury hotel in Asuncion after a month in prison following their arrests for using fake passports to get into Paraguay.

Ronaldinho and his brother were arrested on March 6 after entering Paraguay to launch an online casino and a book with doctored passports falsely showing they were naturalised Paraguayan citizens.

Ronaldinho had to make do with a low-key barbecue cooked for him by other inmates because he was still in prison when he turned 40 on March 21.

He was facing the possibility of a two-year prison sentence before being offered the chance to pay compensation and escape trial as part of a so-called ‘salida procesal’ under Paraguayan law.

Ronaldinho’s life has been under the microscope for all the wrong reasons since he won two Fifa World Player of the Year Awards as well as a Ballon d’Or at the peak of his playing career.

He officially retired from football in 2018 – the same year he was forced to deny bigamy claims.

He had his Brazilian passport confiscated after he was convicted alongside his brother of building an illegal fishing platform on a lake in a conservation area.

Last year it was reported Ronaldinho only had five pounds in his bank account.

Police raided a Ronaldinho family home to seize assets in a bid to guarantee he paid fines due over the illegal fishing platform.

In his only interview from the hotel where he was under house arrest, conducted with three journalists from Paraguayan daily ABC Color, Ronaldinho insisted: “We were totally stunned when we found out the documents weren’t legal.

“From that moment onwards our intention has been to co-operate with the courts to clarify all this.

“I have my faith.

“I always pray so that things turn out okay and God willing this will all end soon.

“Finding out I was going to prison hit me hard. I never imagined I would be in a situation like this.

“All my life I’ve tried to reach my highest level professionally and bring happiness to people with my football.”

He said the other inmates he spent time with in jail, where he was pictured playing football and footvolley, treated him kindly.

And inisted he was happy to sign autographs and pose for photos with the people he met in prison, he added: “Playing football, signing autographs and having photos taken is part of my life.

“I’d have no reason to stop doing it, especially with people who were experiencing a difficult time the same as me.”

Asked what his plans would be when he was finally freed from his nightmare, Ronaldinho said: “The first thing I will do is give my mum a big kiss.

“She’s been experiencing a difficult time of it since the start of the coronavirus crisis.

“After that I’ll absorb the impact this situation has generated and carry on with faith and strength.” 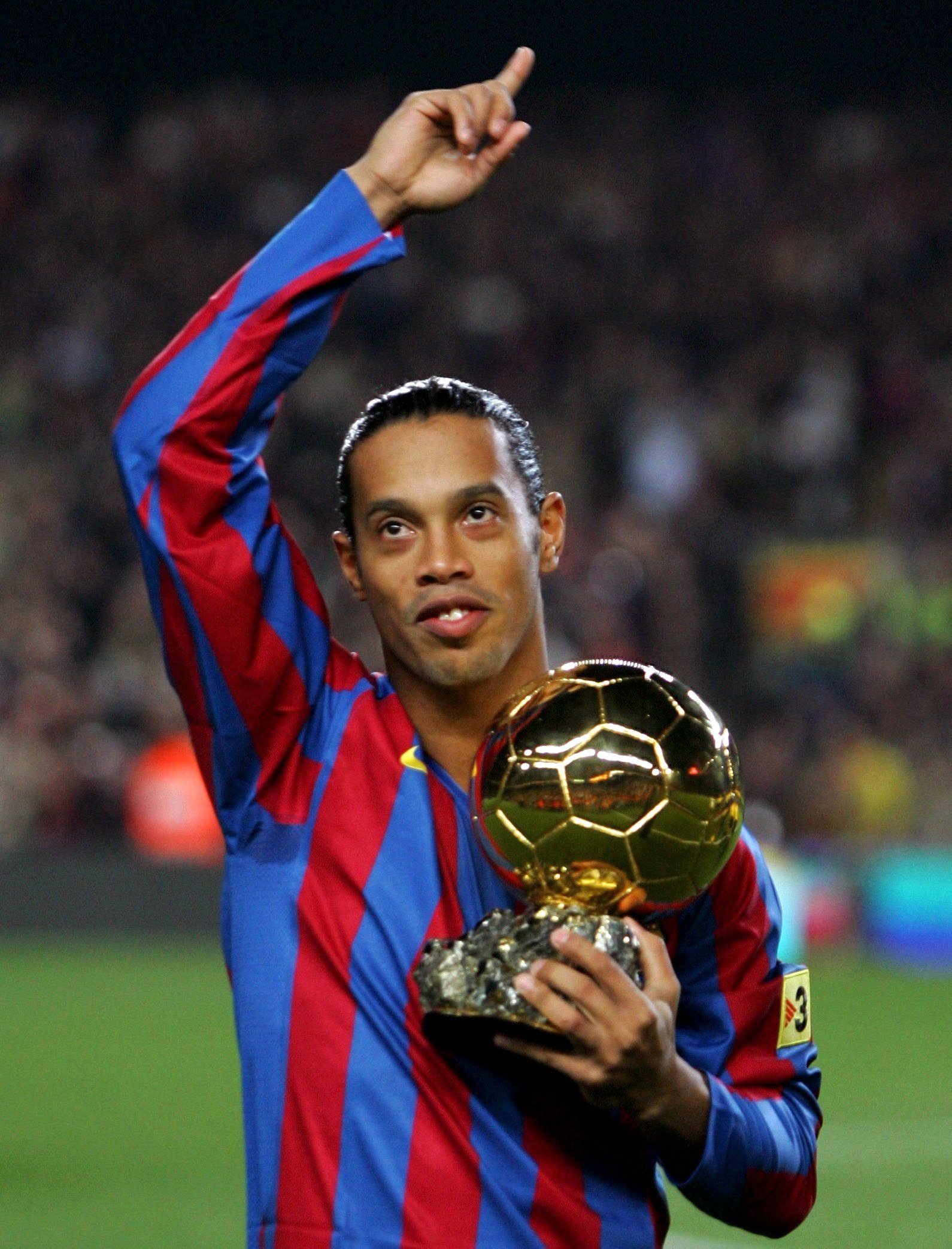