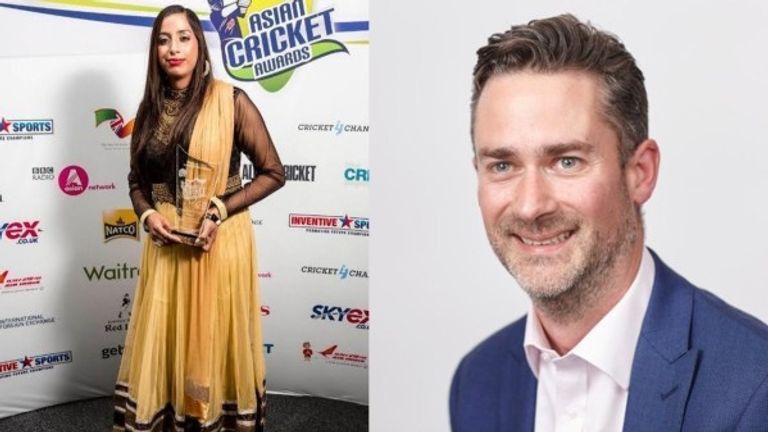 Inspirational coach Salma Bi has been awarded a British Empire Medal in the New Year’s Honours for her services to cricket and diversity in sport.

Bi, one of cricket’s first South Asian female umpires, was recognised for her work in launching ‘Believe in Making A Difference [MAD]’ in 2012 – a coaching organisation that aims to give women and girls cricket and disability sports a greater platform.

The 34-year-old, who was born in Pakistan, juggles umpiring with coaching, fundraising and working full-time as a Haemodialysis Nurse. She was also the first British Muslim woman to play county cricket, representing both Worcestershire County Cricket Club and Marylebone Cricket Club (MCC).

I always knew what giving up feels like, I just wanted to see what happens if I don’t & I can now officially announce that I have been Named on the #NewYearsHonoursList I'm thrilled to know I will be Honoured with a #BritishEmpireMedal 🎖🏆🎖 #ThankYou #BEM #HistoryMade pic.twitter.com/DIA6isEING

“I love this sport and I love the impact it has on people’s lives,” said Bi.

“It has been a difficult time for a lot of people, but with strength and perseverance, you can do whatever you set your mind to. I’d like to thank Gemma Smith of Sporting Pathway for her support and belief in me to help us reach our goals – to give women, girls and disabled people a chance in cricket.”

Stalwarts of the club for 40 years, they have helped it recover from being close to closure in the 1980s following the enforced sale of the club’s ground. They have built thriving youth and women’s and girls’ sections, and finally saw county cricket back in Newport for the first time in more than 50 years when Glamorgan played Gloucestershire at Spytty Park in 2019.

The England and Wales Cricket Board’s chief operating officer David Mahoney has been awarded an MBE for his services to sport.

David, who also sits on the board of Sport England, was a key architect in the creation of the ECB’s five-year strategy Inspiring Generations and its South Asian Action Plan. He was also central in the response to Covid-19 this year as cricket led the way in the return of professional and recreational sport.

ECB chief executive officer Tom Harrison said: “Salma really deserves this recognition for what she’s done for cricket and diversity in sport. She is a true inspiration who has brought cricket into the lives of so many women and girls. Volunteers give so much to our game, so it’s fantastic to see Mike and Dave Knight recognised for a lifetime of service to Newport Cricket Club as well.

“I’m absolutely delighted for David that he has got the recognition which he thoroughly deserves, particularly at the end of such a difficult year where his work was vital in getting cricket played again at all levels. He has made a huge contribution to cricket and the wider sports industry, and I’m thrilled for him.”