Barcelona 1992. That was the first adventure for Dame Sarah Storey at a Paralympic Games, when as a 14-year-old swimmer she won two gold medals on her debut. It was obvious then she was destined for greatness.

But no one could have possibly foreseen just how successful this young athlete would be.

You might have expected to see her at Atlanta 1996, Sydney 2000 or maybe even Athens in 2004. But you certainly wouldn’t have said Storey would be preparing for her eighth Paralympics as a cyclist 27 years on from her first.

We’ll tell you what’s true. You can form your own view.

Storey, Britain’s most successful female Paralympian no less, has won 14 Paralympic golds, 29 world titles, 21 European titles and boasts 75 world records. She will be a 42-year-old mother of two by the time the Tokyo Games begin, but she isn’t quite ready to stop just yet.

She has three more Paralympic golds to gather if she is to surpass the overall record of 16 set by Mike Kenny, but such is the remarkable nature of Storey’s achievements that few would now put it past her to create further history yet.

Tokyo 2020: Five British Paralympians to look out for 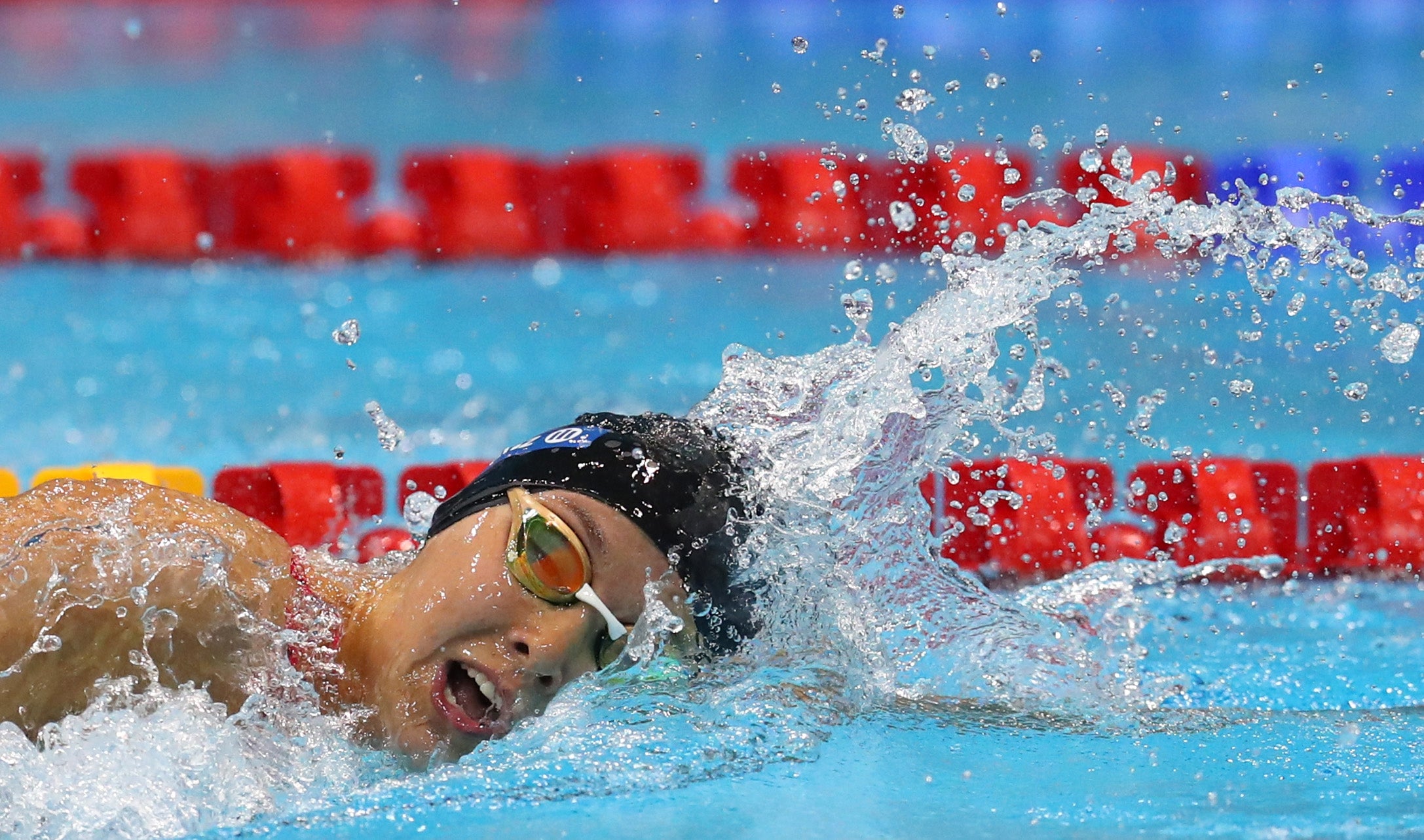 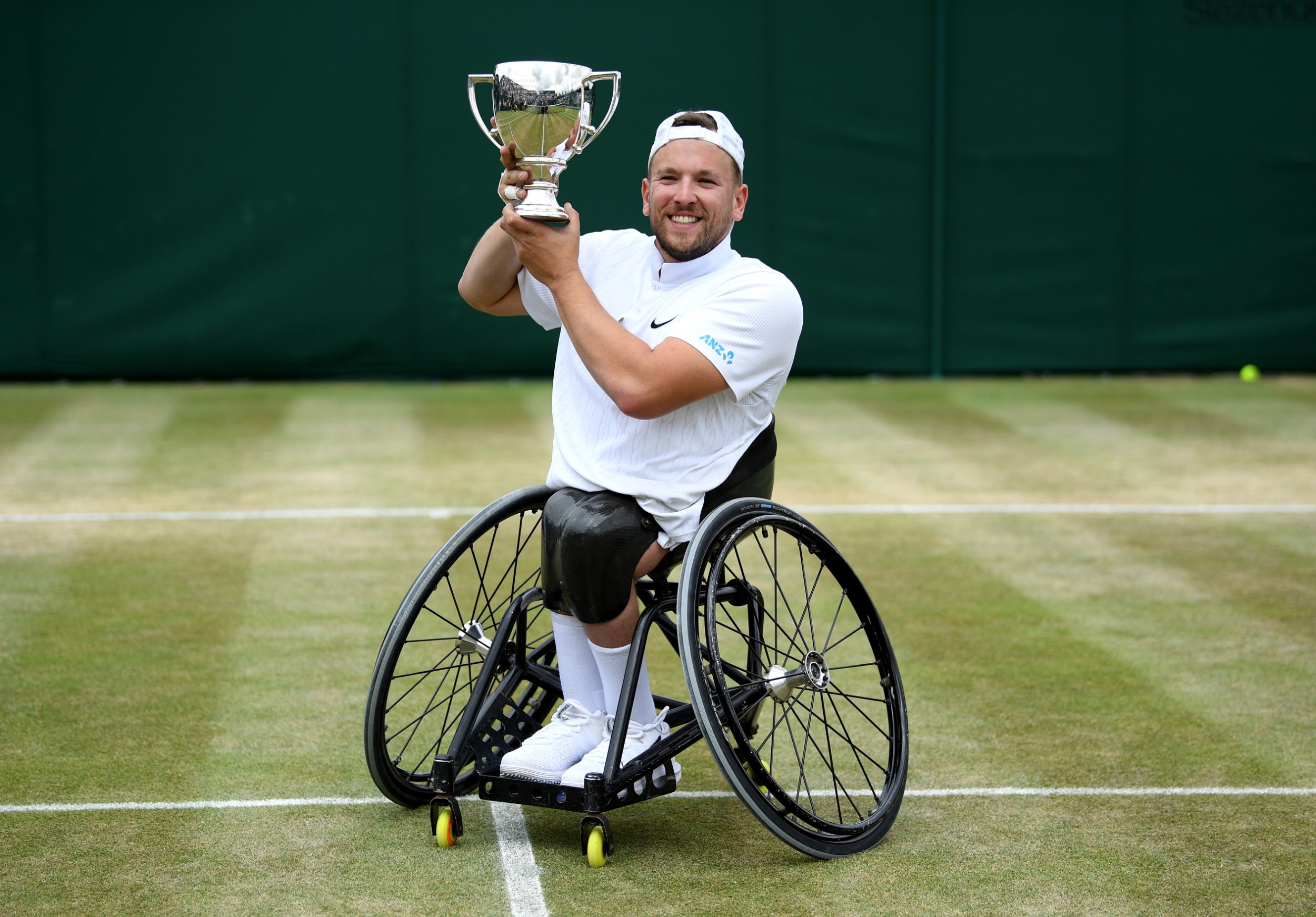 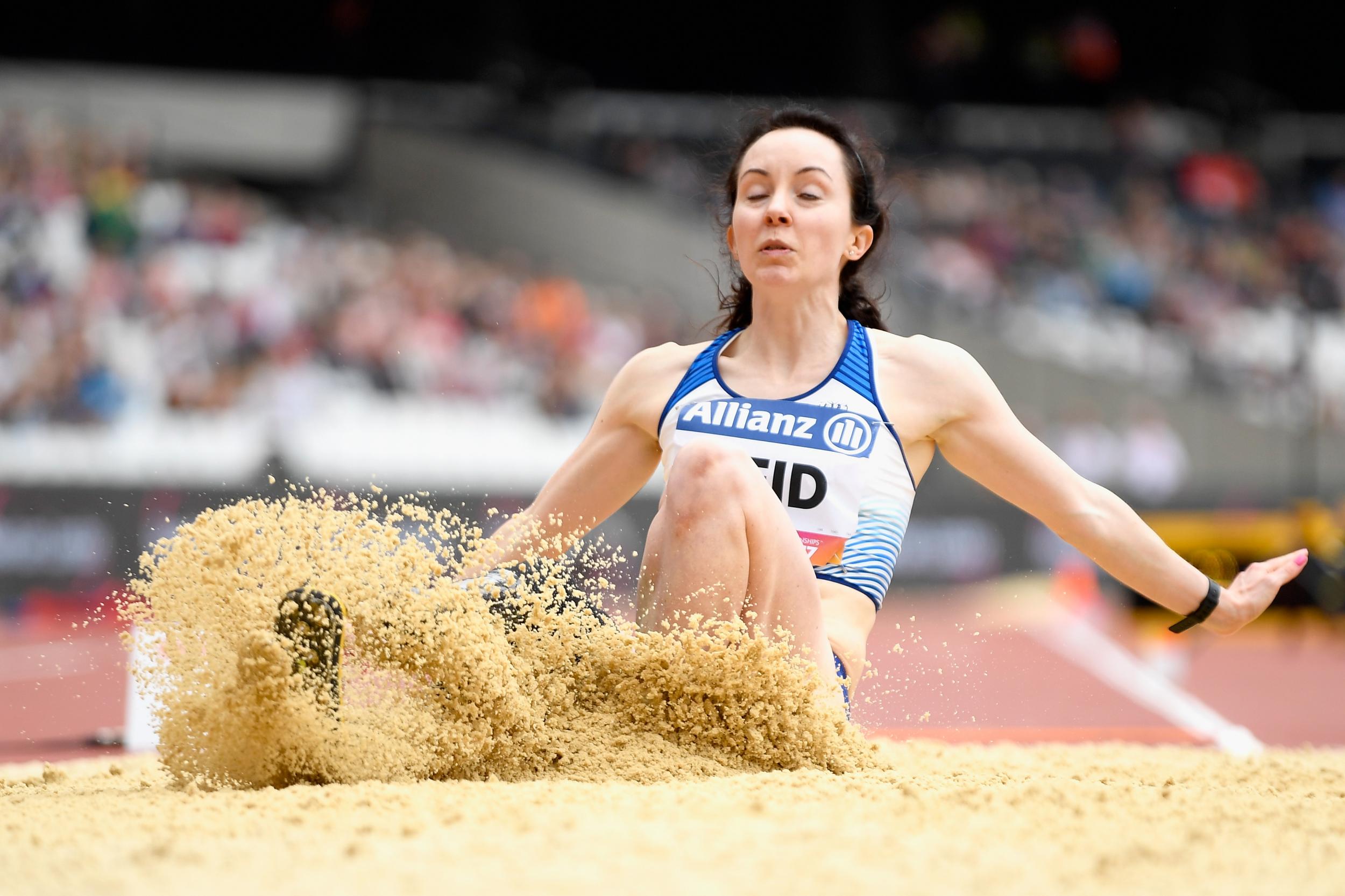 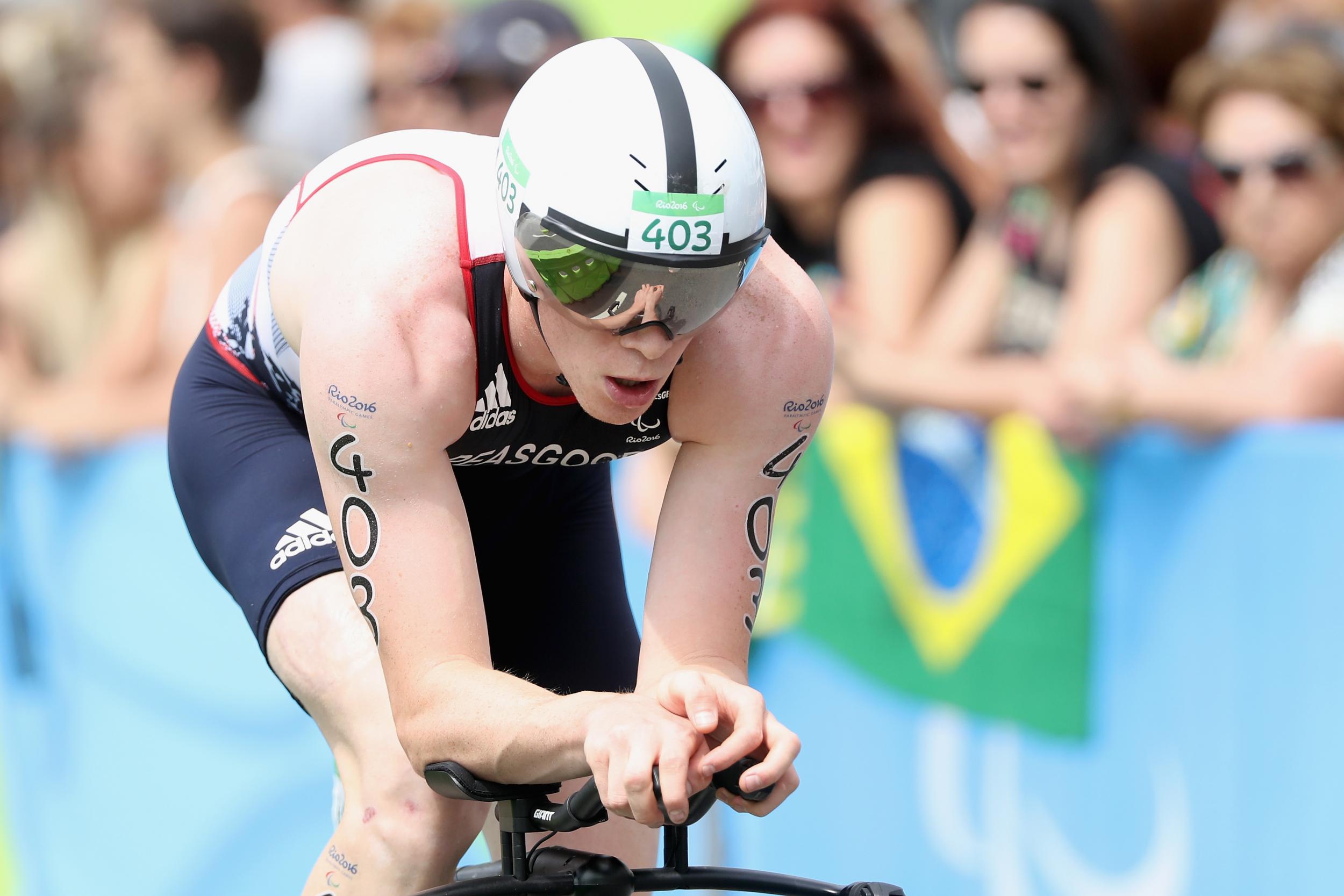 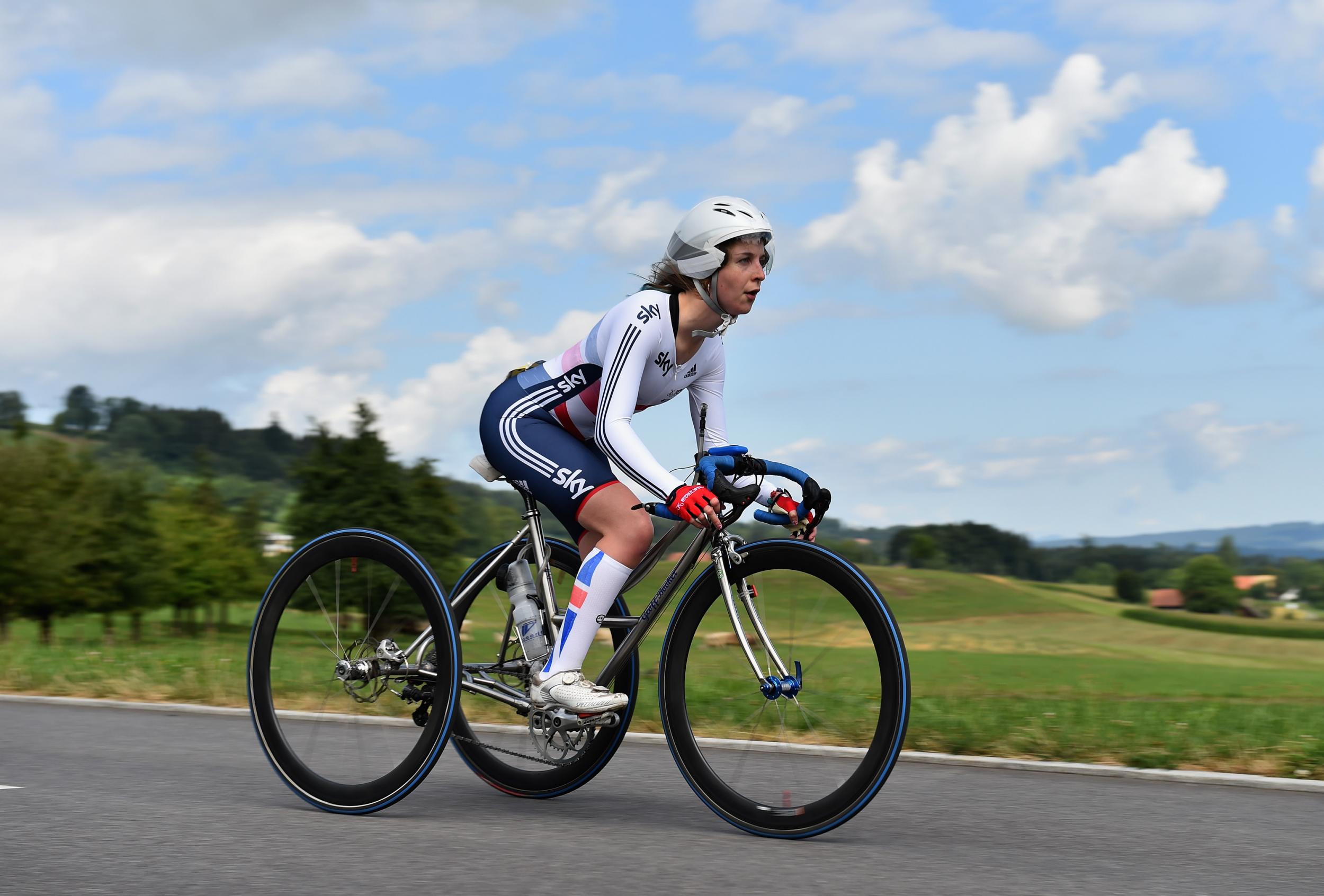 As she prepares to compete at this week’s UCI Para-cycling Road World Championships in Emmen, her desire to add to her unparalleled success is as strong as ever – Storey has certainly never doubted herself.

“Tokyo has always been the main focus since I came back to racing after having [son] Charlie in 2017,” she said.

“I’m hoping to be selected for both road and track at the 2020 Games. The plan is to try and defend the three titles I won in Rio – individual pursuit, time trial and road race.

“I came back from having Charlie a little bit slower than I did from having [daughter] Louisa with it being my second child, but I made sure I didn’t give myself any unrealistic targets.

“It was always about consolidating my fitness to get back on track towards Tokyo, and I wanted to get fit at my own pace.”

Early starts, long hours and countless rehearsals make training for a Paralympic Games gruelling enough – add recovering from pregnancy into the mix and it becomes a whole lot tougher.

Returning to world-class fitness after having a baby takes some doing, but in the world of women’s cycling, it is slowly becoming the norm.

Storey won Paralympic gold in Rio less than three years after having her first child and secured two titles at the UCI 2018 Para-cycling Road World Championships just ten months after giving birth to her second. 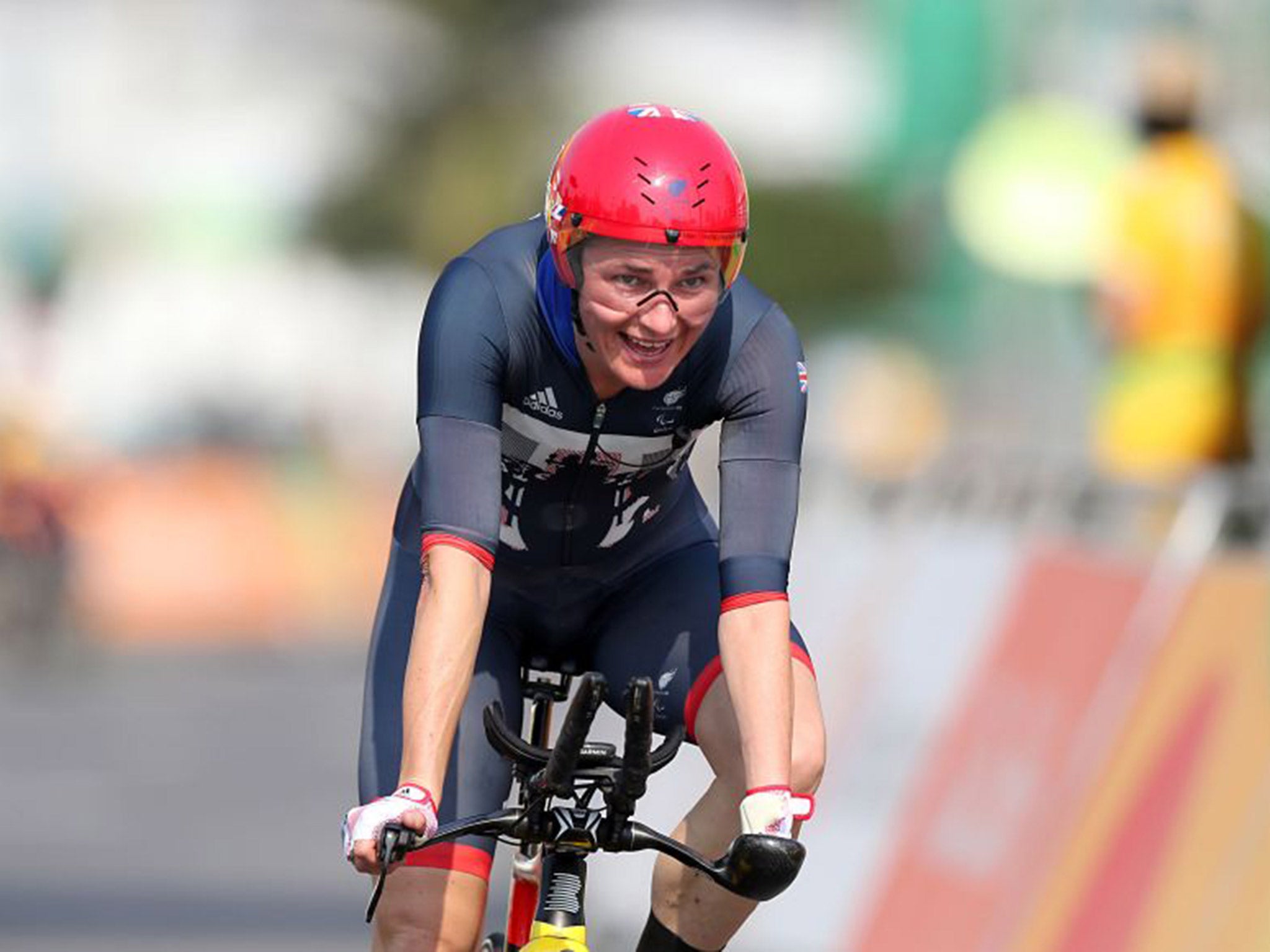 If selected, Tokyo will be Storey’s first Paralympics as a mother-of-two.

And while Storey wants her achievements to be a source of inspiration for other women on the saddle, she insists making a comeback from pregnancy is far from a cycling phenomenon.

“I think coming back after having children is possible in any sport, not just cycling,” Storey said.

“People go back to work after having children in all sorts of different physically demanding jobs, so why not sport? You just have to perfect that balancing act.”

The likes of Laura Kenny and Lizzie Deignan have joined the pantheon of sporting super-mums in recent years, proving it is possible to juggle motherhood with a comeback to elite level cycling.

“It just so happens that at the moment in cycling there’s both Laura and I who are at the top of our sport after becoming mothers, but Liz McColgan did it, so did Sally Gunnell, Denise Lewis and so many other athletes.

“Helen Jenkins still has the desire to compete again after having two children – it’s definitely possible, it just depends on you as an athlete and how you prefer to complete your career.

“Some people may save having children until the later part of their career, so there is no pressure or definite need to come back, but others may not see it that way. 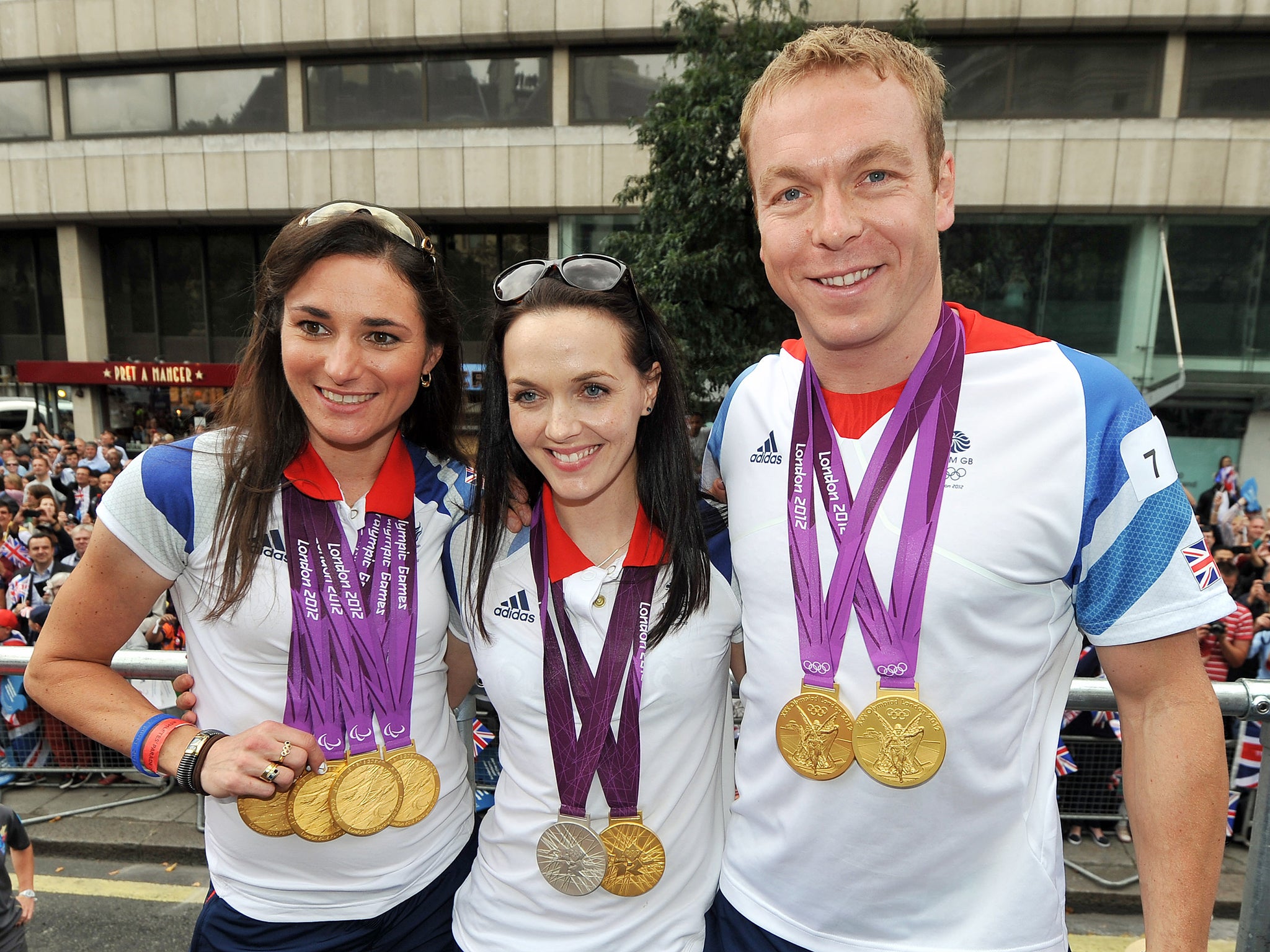 “I think it’s just all about the support you have around you and whether or not you are able to travel with your children. The health of your children is the most important thing and I’ve been very lucky to have two very healthy children, who can share my adventures with me.”

Recovering from pregnancy is the first task, but continuing to train alongside the demands of parenthood is quite the challenge when you’re trying to figure out how to win your next Paralympic gold.

There are plenty of ups and downs, but for Storey, having her children witness her achievements is a beneficial experience for all.

“The biggest challenge for any parent who is working, especially on the road, is making sure you have time to see your children – if I didn’t take them with me, they’d never see me.

“I’m looking forward to seeing them experience it and have the opportunity to see a different culture.

“We were training in Spain recently and it was amazing to hear Charlie speak his first Spanish word – ‘Gracias!’ He’s not two until October, so hearing him pick up those little bits of knowledge is amazing.

“These experiences give them so much as growing individuals – you can’t put a price on what it gives them development-wise. It’s definitely a job that is beneficial to both myself and my little ones.”

Parenthood is not the only challenge Storey has had to face. Having switched from swimming to the saddle in 2005, Storey is certainly no stranger to the issues that face professional women’s cycling.

A trailblazer in women’s and para sport, Storey wanted to do something about it. So, amidst her hectic schedule, she set up her own racing academy to help ease the process for Britain’s next set of road race champions.

“Originally, we decided to launch the team with the support of crowdfunding to continue to give me a platform to race, but the added bonus from my perspective is being able to support young women who are at different stages in their cycling careers,” Storey said.

“There’s a real mix of athletes, from the Backstedt sisters taking on the world to junior riders who are hoping to be selected for the Yorkshire World Championships. For us, it’s all about supporting younger athletes and helping them find UCI contracts – Grace Garner came through our team in 2016 and also Lizzy Banks, who recently won a stage of the Giro [Rosa]. These riders have utilised our team as a stepping stone to move up in the sport. That’s exactly what we’re trying to do – give them that essential experience to help them further their own careers.

“We started working with Skoda this year, too, to further enhance the opportunities for riders at a lower level. We want to give them that all-round experience of being a modern athlete and set something up that would allow us to close the gender gap in cycling in the UK.”

She’s launched her own team, won countless medals and wants to use her own experiences to inspire other women – Storey has done all she can to eliminate inequalities from sport. Now she’s calling for more recognition from elsewhere.

“I face the same problems as a woman and as a para-athlete,” she said. “Too often you see articles about women’s bodies or their lifestyle, rather than their athletic achievements.

“If you read articles about para-athletes, the first thing people talk about is their disability. It’s not right that we put those ahead of their athletic achievements.

“If you can’t see it, you can’t be it. We need more coverage to harness the development of para sport.

“It’s got to be known, people must be able to see what is happening, so people who are interested can enter the right pathway, whether they’re male or female, able-bodied or a para-athlete.”