Thon Maker says his heart will always be in South Sudan but he is proud to play for Australia at the Olympics and World Cup.

Maker, an athletic 216-centimetre-tall forward/centre for the Milwaukee Bucks, has described how there were attempts to coax him to play international basketball for Team USA and Canada. 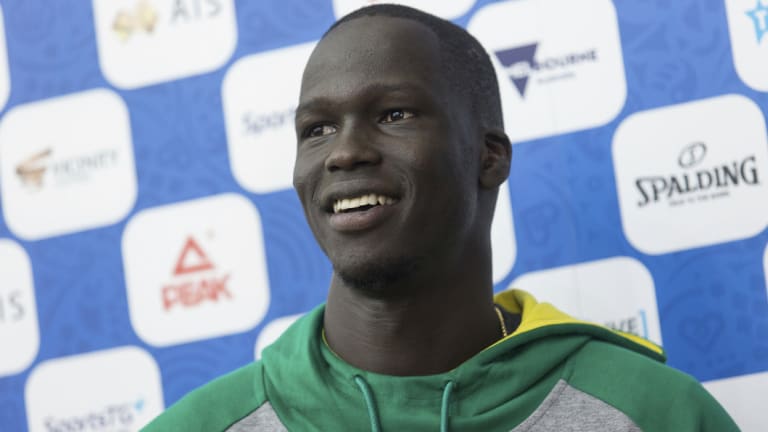 Maker, at the age of 13 and displaying the height and physical gifts to be a future NBA player, moved from Australia to the US and had scholarships at various high schools in the US and Canada before the Bucks took him with the 10th overall pick in the 2016 NBA draft.

Maker showed his devotion to the Boomers by playing during the NBA off-season for the Australian team and found himself in the middle of the infamous brawl against the Philippines in a World Cup qualifier.

He is expected to be a key member of the Boomers at next year's World Cup in China and the 2020 Tokyo Olympics.

"Australia is very nice; the people are nice," Maker said.

"Everybody gets a 'fair go' – that's what they say.

South Sudan, where members of his family still live, also has a culture he loves.

"I'm from South Sudan, that is where my heart will always be," Maker said.

"I always encourage that.

"There's a thing going on in Australia where they have makeup stuff that makes women get lighter. Bleaching.

"I've seen women use those. If I could just talk to them and say: be proud of who you are."