SOUTHAMPTON boss Ralph Hasenhuttl will not be in the dugout for Tuesday's game against West Ham.

The 53-year-old is self-isolating at home after a member of his household tested positive for coronavirus. 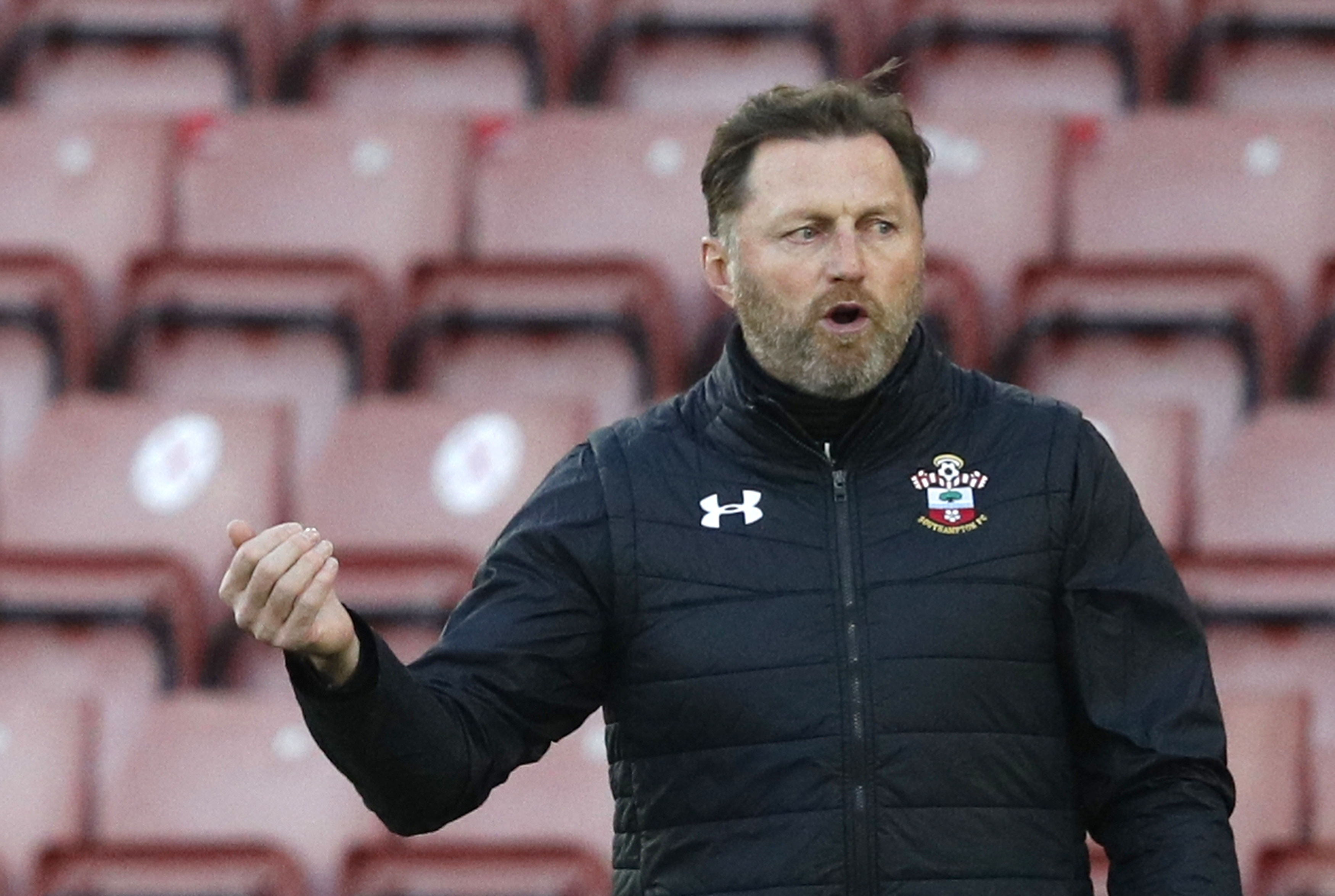 However the Austrian gaffer – who almost died in 2012 after contracting hantavirus – will still manage his side from the comfort of his own home.

The former RB Leipzig gaffer will be keeping in contact with his staff via a video and audio link throughout the game.

A club statement from the Saints read: "Southampton Football Club can confirm that Ralph Hasenhüttl will not be in the dugout for this evening’s game against West Ham United at St Mary’s Stadium.

"A member of Ralph’s household tested positive for Covid-19 yesterday (28th December), and in keeping with the club’s usual protocols and government guidance, Ralph is currently self-isolating whilst we assess the situation further."

"Ralph will manage this evening’s game from home and will remain in contact with the team and coaching staff throughout the game via a video and audio link."

The news comes after the Premier League announced a record 18 cases of Covid-19 in the latest round of testing.

That is seven more cases than last week's findings after 1,479 players and staff were tested for the virus.

The previous record was 16 positive results for the week between November 9 and November 15 – early on in the second lockdown.

Manchester City have been heavily affected by an increase in coronavirus cases which resulted in Monday's scheduled clash against Everton to become postponed.

It is feared that the virus has hit at least HALF of the squad following their trip to London to take on Arsenal in the Carabao Cup last week.

A statement from the Citizens read: "The club returned a number of positive cases, in addition to the four reported on Christmas Day.

"This posed a risk that the virus could spread further amongst the squad, the staff and potentially beyond.”

And Sheffield United have also revealed they have received a record number of cases just hours before their match against Burnley.

They tweeted: "Sheffield United can confirm the club recorded a number of positive coronavirus tests after the latest round of testing.

"The individuals who have tested positive have now entered into a period of self-isolation in accordance with Premier League and Government guidelines."

Arsenal centre-back Gabriel will also miss the next two games as he self-isolates after contracting the deadly illness.

And Chelsea could see their next two game called off due to Covid-19.

They are scheduled to face City on Sunday, before taking on League Two outfit Morecambe in the FA Cup.

Morecambe have already postponed their next TWO clashes – against Bolton and Bradford – due to a spate of positive results for coronavirus.