GARETH SOUTHGATE simply isn’t having Alan Hansen’s old chestnut that “you win nothing with kids”.

After fielding England’s youngest starting line-up in 60 years for Thursday’s 7-0 trouncing of Montenegro, Southgate was adamant that his youth policy can bring glory at the Euro 2020 finals. 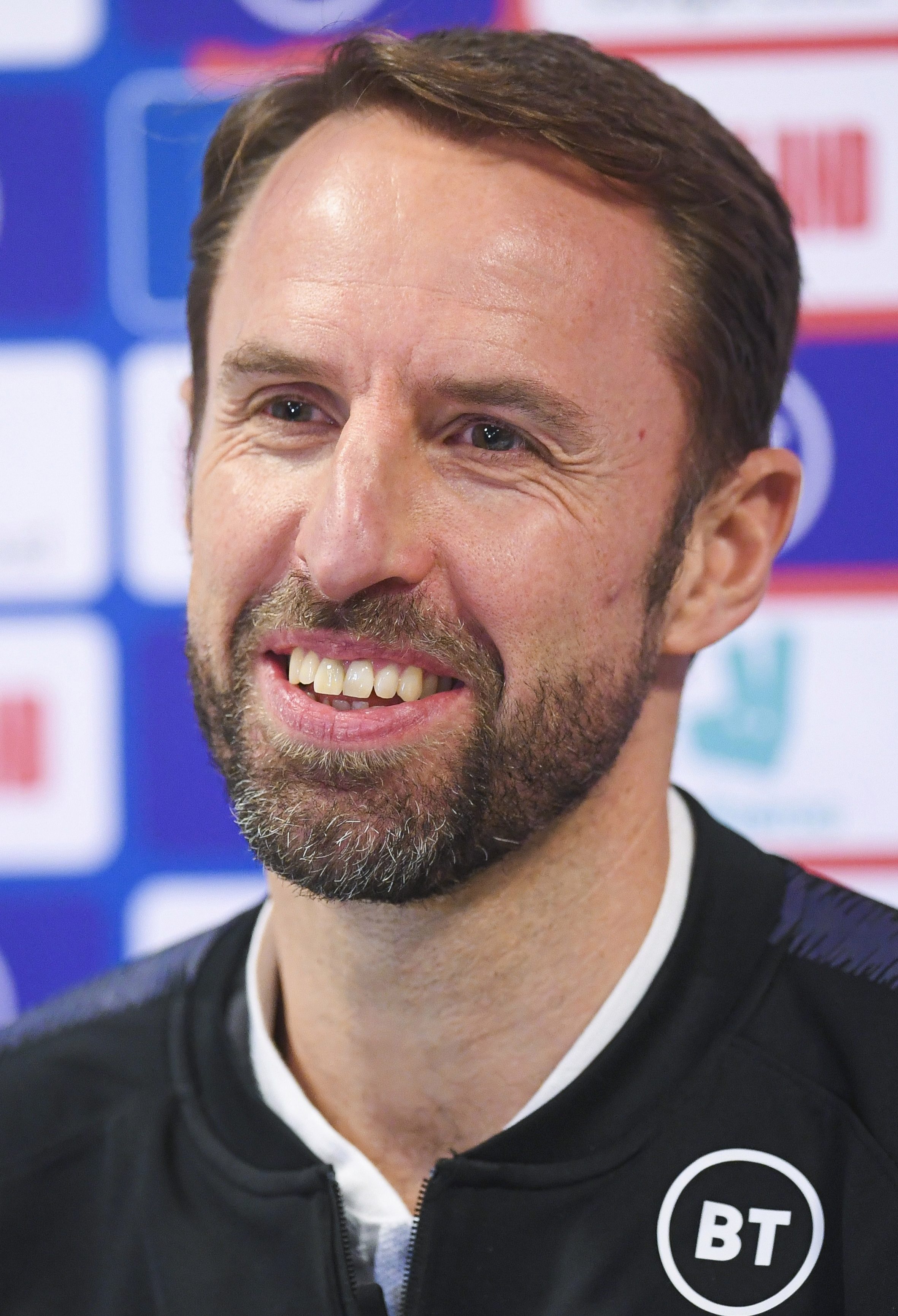 The England boss pointed out that the triumphant French side and his own semi-finalists were two of the youngest squads at last year’s World Cup.

And he believes his fresh-faced Lion cubs are capable of winning next summer, despite his consistent policy of axing England’s most experienced players over the past three years — including Wayne Rooney, Joe Hart, Theo Walcott and Kyle Walker.

Southgate said: “Clearly, most teams that win championships have a certain level of experience with big matches.

“I mean France won the World Cup with an average age of just over 25 last summer.

“I think they were the second-youngest squad, or second or third alongside ourselves in the World Cup.

“Two of the semi-finalists had fairly inexperienced teams, so it’s possible.

“The team we put out the other day, we wanted to look at certain players. And now we’ve qualified, there are certain things we want to discover, as well as trying to win. So, we’re trying to use the games for a dual purpose.

“Over the years, we’ve had players where the shirt has hung heavy and the performances have reflected that. 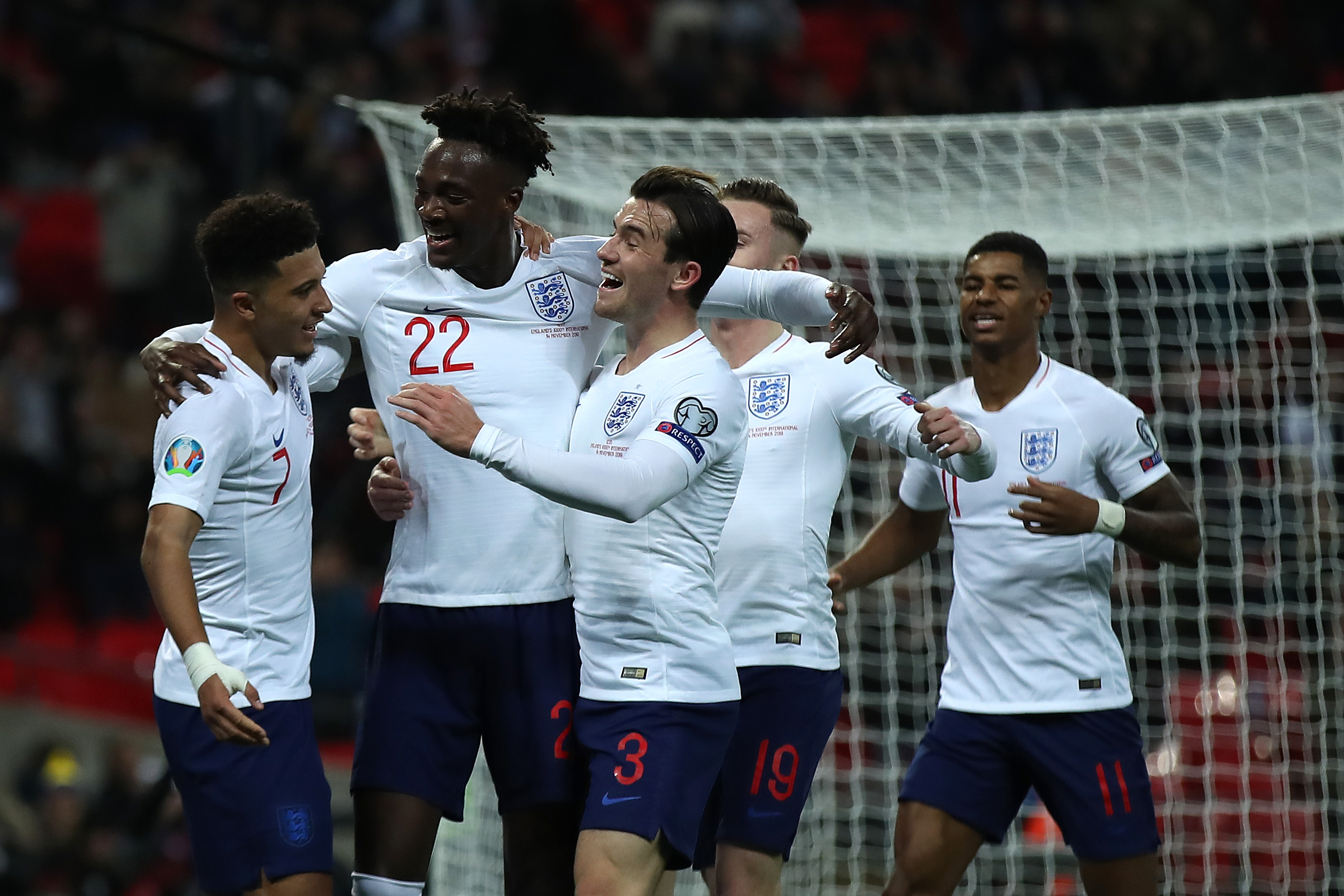 “We’ve put out a team the other day, average age of 23, the youngest team for 60 years.

"Young players coming in, loving playing for England, really playing with freedom, playing with expression, thinking about what’s possible on the field rather than worrying about losing the game.

“So, for me, that’s a massive shift from when I joined the FA.”

Ahead of today’s clash with Kosovo here, Southgate was asked about emulating the World Cup heroes of 1966.

He replied: “Every England football team since 1966 has had to live with the burden — that’s the wrong word — but to live with that aim of trying to emulate those great players.

“So that’s the challenge that we have and it’s one that we’re making progress with. The last two years have been a lot of good progress and now we’ve got to try to do the last bit.

“In this qualifying campaign, goals per game, we’ve scored more than anybody else. We’ve got work to do but we’ve played really good attacking football.

“We know the level of the opponent from now onwards is going to be higher and there are elements of our game that will have to improve for us to be real contenders to win next summer. 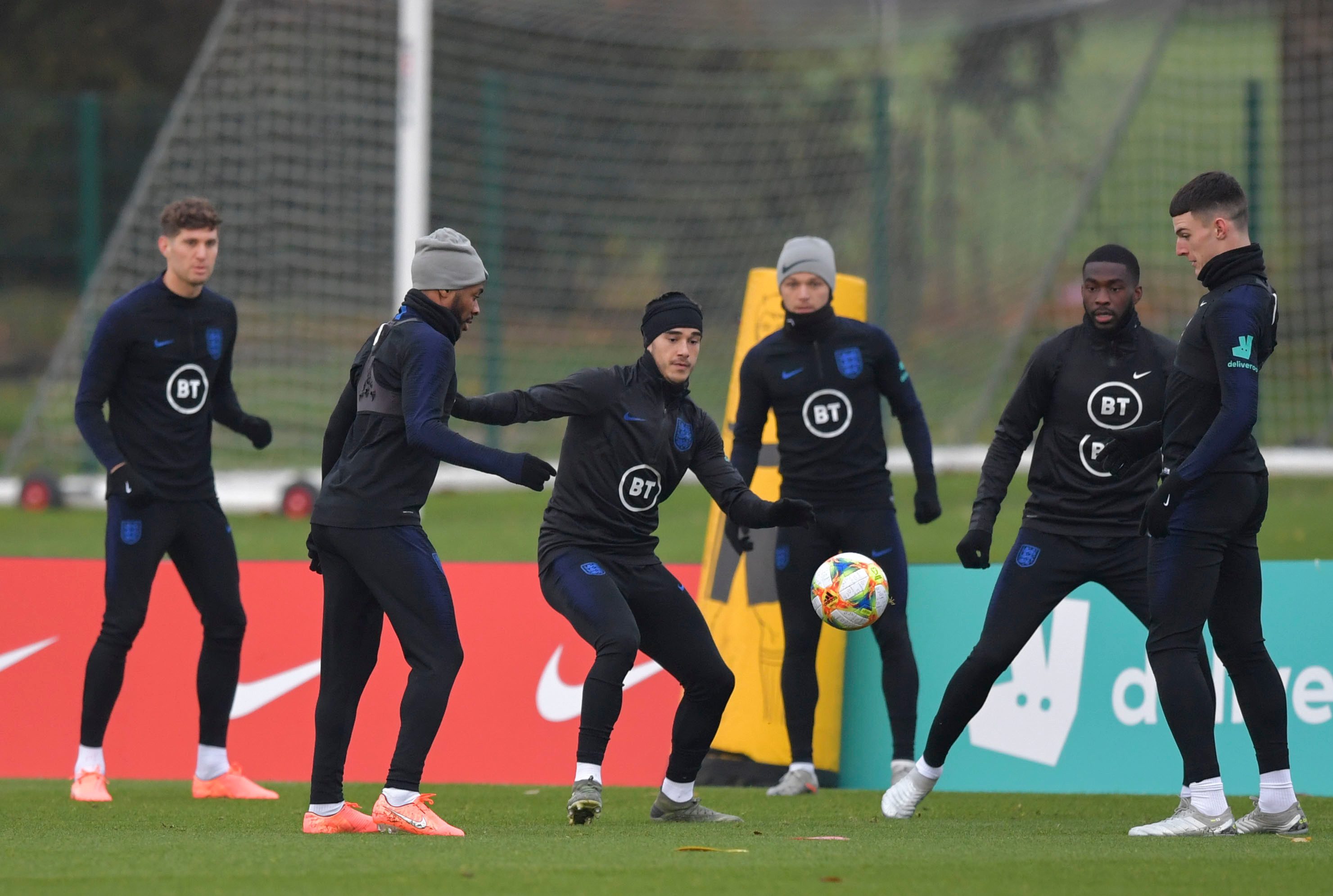 “But that’s a great challenge for us and one we’re looking forward to.”

Southgate’s drive to make the most of the Euro 2020 opportunity will be fuelled by how he felt after his Euro 96 semi- final penalty miss killed a nation’s dreams.

The boss said: “When we lost in ’96, the most heartbreaking thing for me was people like Stuart Pearce.

“He retired on the bus home — and then he came back twice more. But he actually did retire on the bus on the way home and that really sunk in because it was a moment like, ‘Oh my God, that’s his last chance’.

“I think, to be frank, this group is slightly different because I think most of the players that played on Thursday are going to peak in two or four years’ time.

“So there’s a reality of where we might be as a team, in terms of what’s possible.

“But we have to find a way to get the maximum out of them, as we did, I think, two summers ago and let’s see how far we can get.” 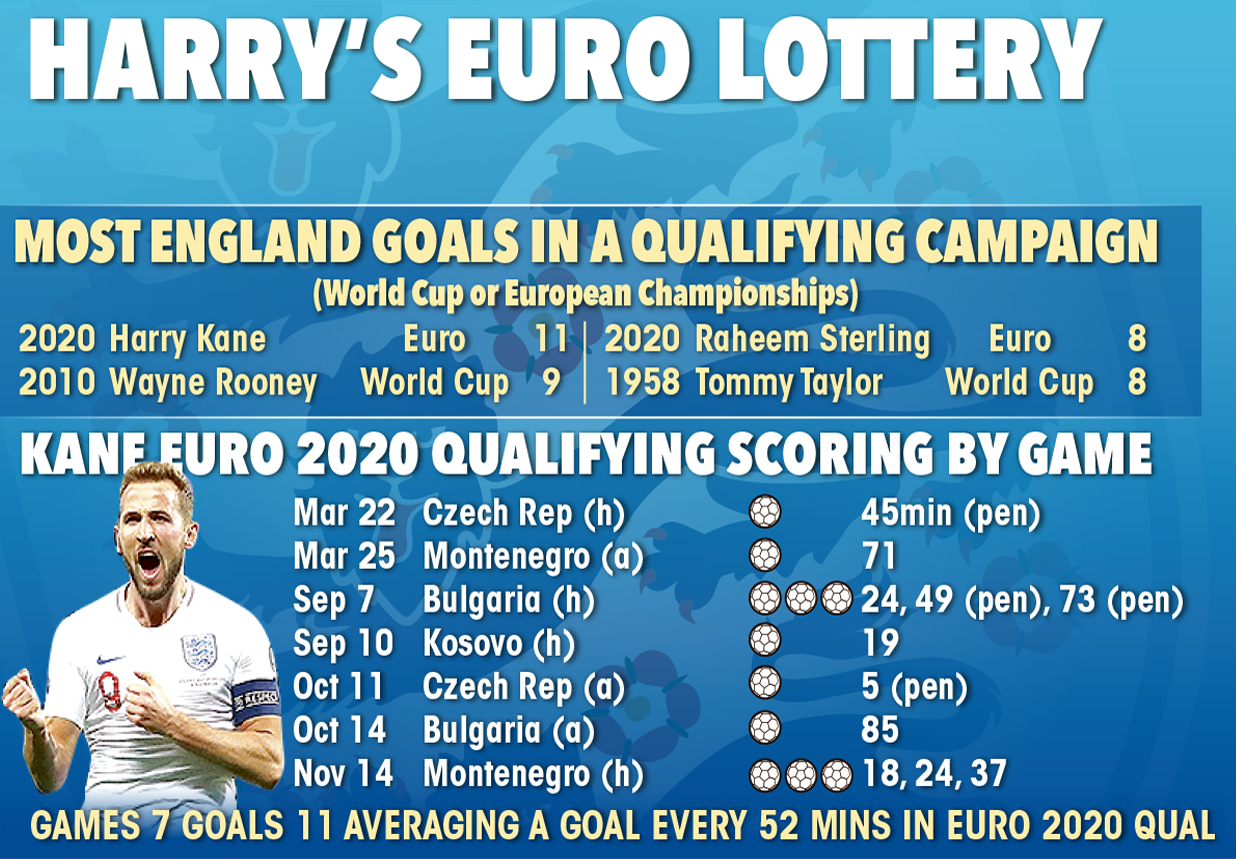 But when asked how special it was to manage such a talented group, Southgate recalled what happened to England’s last so-called golden generation.

The Three Lions boss said: “I would imagine that Sven-Goran Eriksson thought the same of Beckham, Scholes, Carrick, Gerrard, Lampard . . .

“So, you know, if you’re the England manager, you’re normally in a reasonably privileged position.

“I think we have given young players their opportunity ahead of their time, which has given us a greater depth.”

After 33 goals in seven qualifiers, England are flying as an attacking force — with Harry Kane having scored 11 goals in seven matches and aiming to score in every match in this group.

But despite weak opposition, England have proved themselves to be defensively dodgy, as the Kosovans proved by scoring three times in their defeat at Southampton in December.

Hammerings of Bulgaria and Montenegro in their last two outings, by an aggregate score of 13-0, have done little to calm fears about England’s backline.

Joe Gomez might well have started here — yet after his bust-up with Raheem Sterling on Monday, the Liverpool defender injured his knee in training on Friday in a freak clash with Kieran Trippier.

At least England can expect a warm welcome in Pristina for this dead rubber.

Kosovo is an unusual sort of nation — one which actually likes the English, due to Tony Blair’s key role in winning independence from Serbia.

And Southgate says his men felt the love on their way from the airport yesterday evening.

He said: “We’ve had an incredible welcome from the local people and also it was lovely to see some of our troops who came out to see us at the airport as well.” 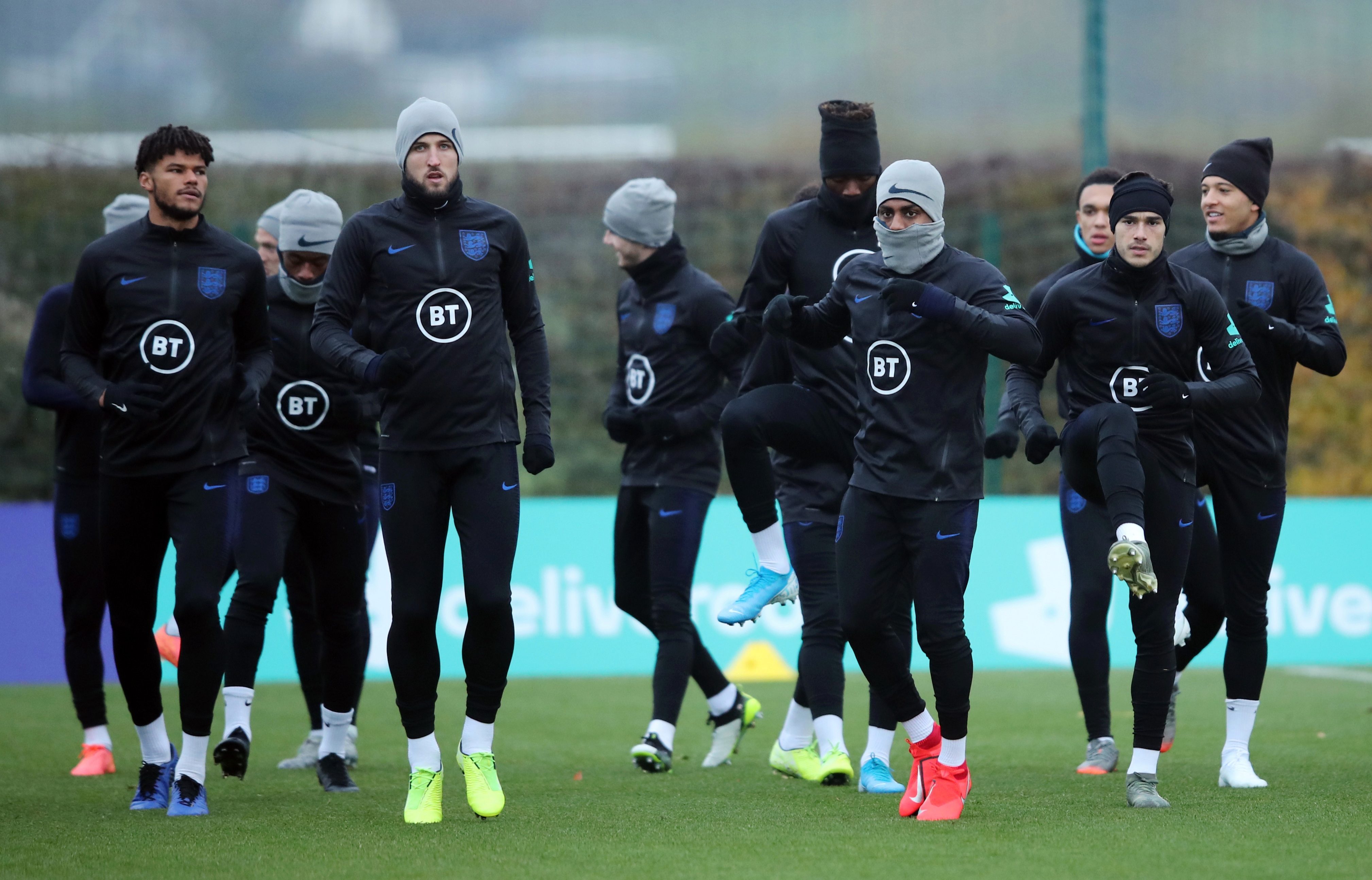