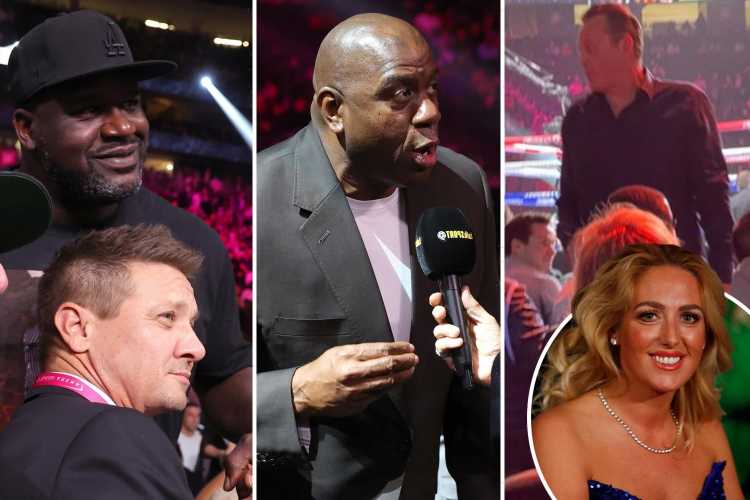 STARS of sport and Hollywood flocked to watch thelong-awaited third fight between Tyson Fury and Deontay Wilder in Las Vegas.

Heavyweight star Andy Ruiz Jr, who recently revealed a massive tattoo over his back and bum, was in the crowd at the T Mobile Arena wearing a white leather jacket. 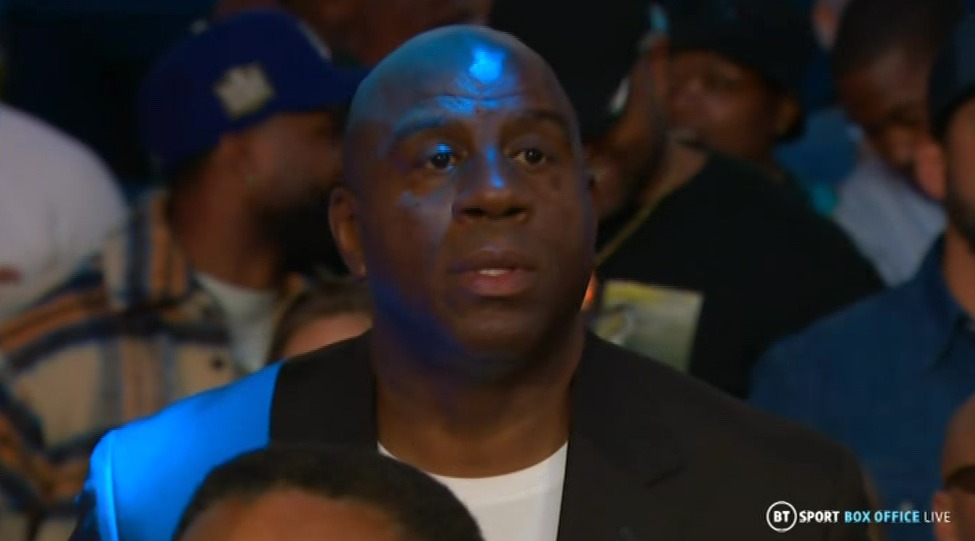 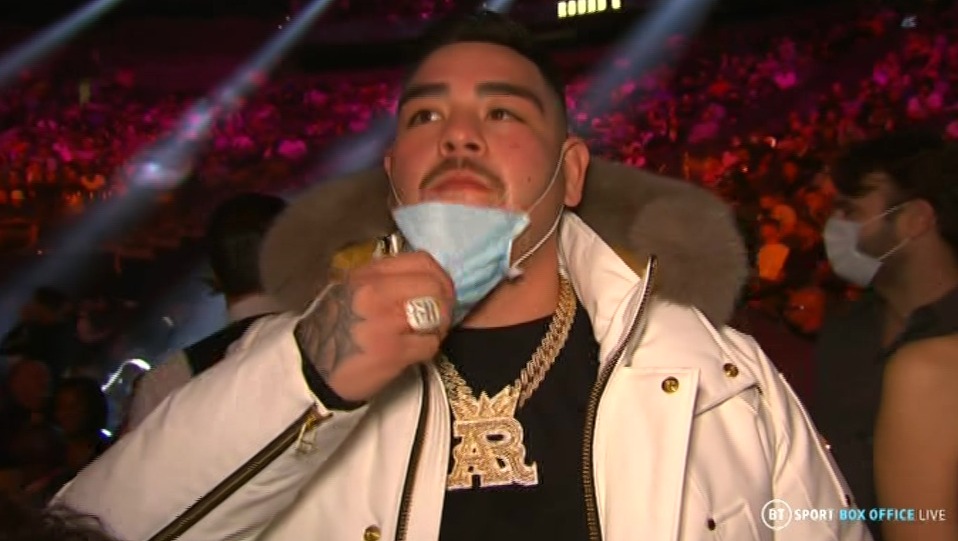 NBA legend Magic Johnson, 62, was spotted joining in with the singing of the American national anthem before the main event.

One fan on Twitter joked you wouldn't want to have bought a ticket a behind 7ft 1in Shaq.

Sports fan @wardy1700 wrote:"Could you imagine getting a seat, near ringside at the #FuryWilder3 fight and realizing you are directly behind @SHAQ?"

Movie stars were also ringside for the biggest fight of the year.

Jeremy Renner, 48, famous for playing Hawkeye in the Avenger movies, was also in Vegas for the big fight. 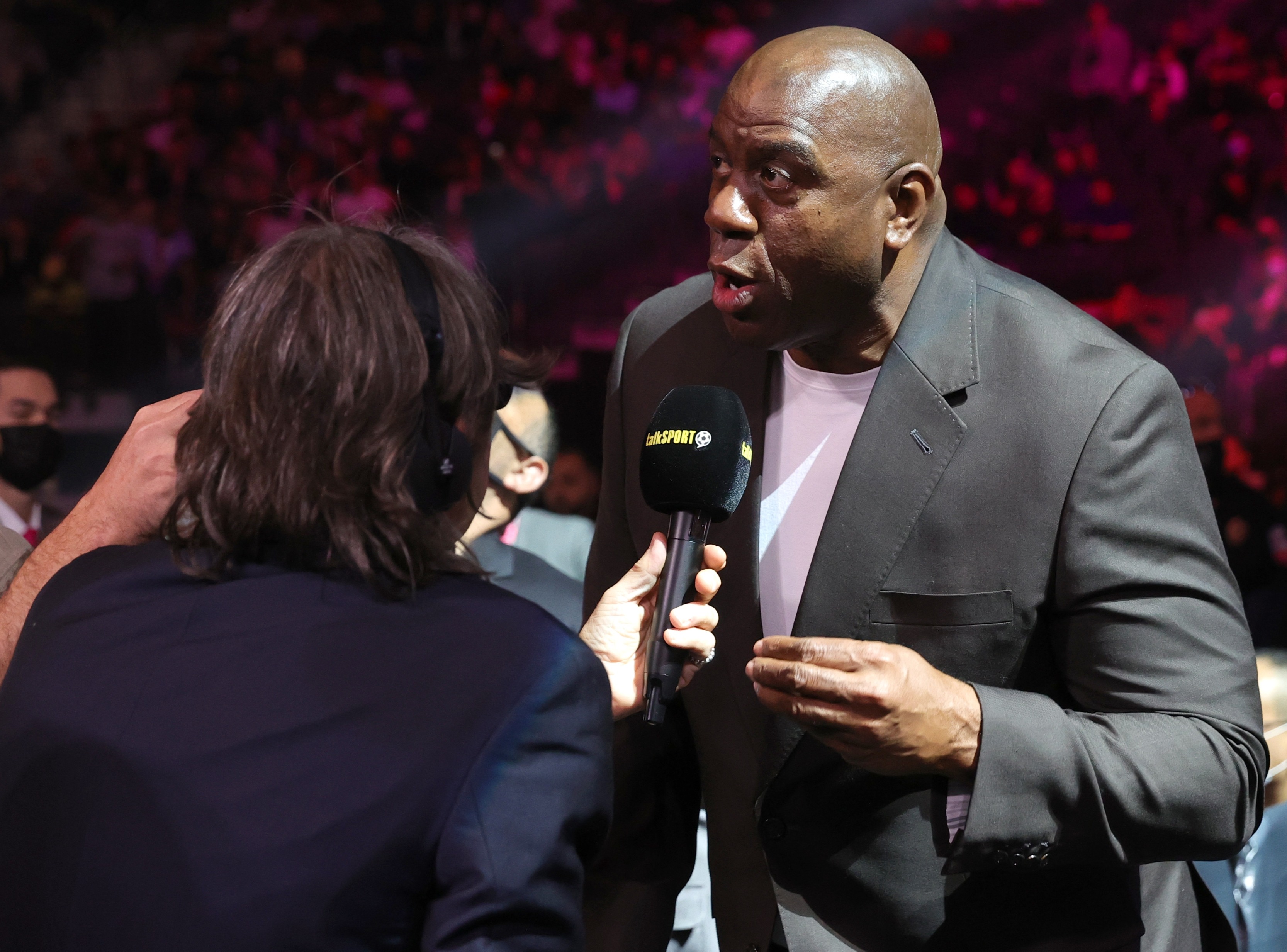 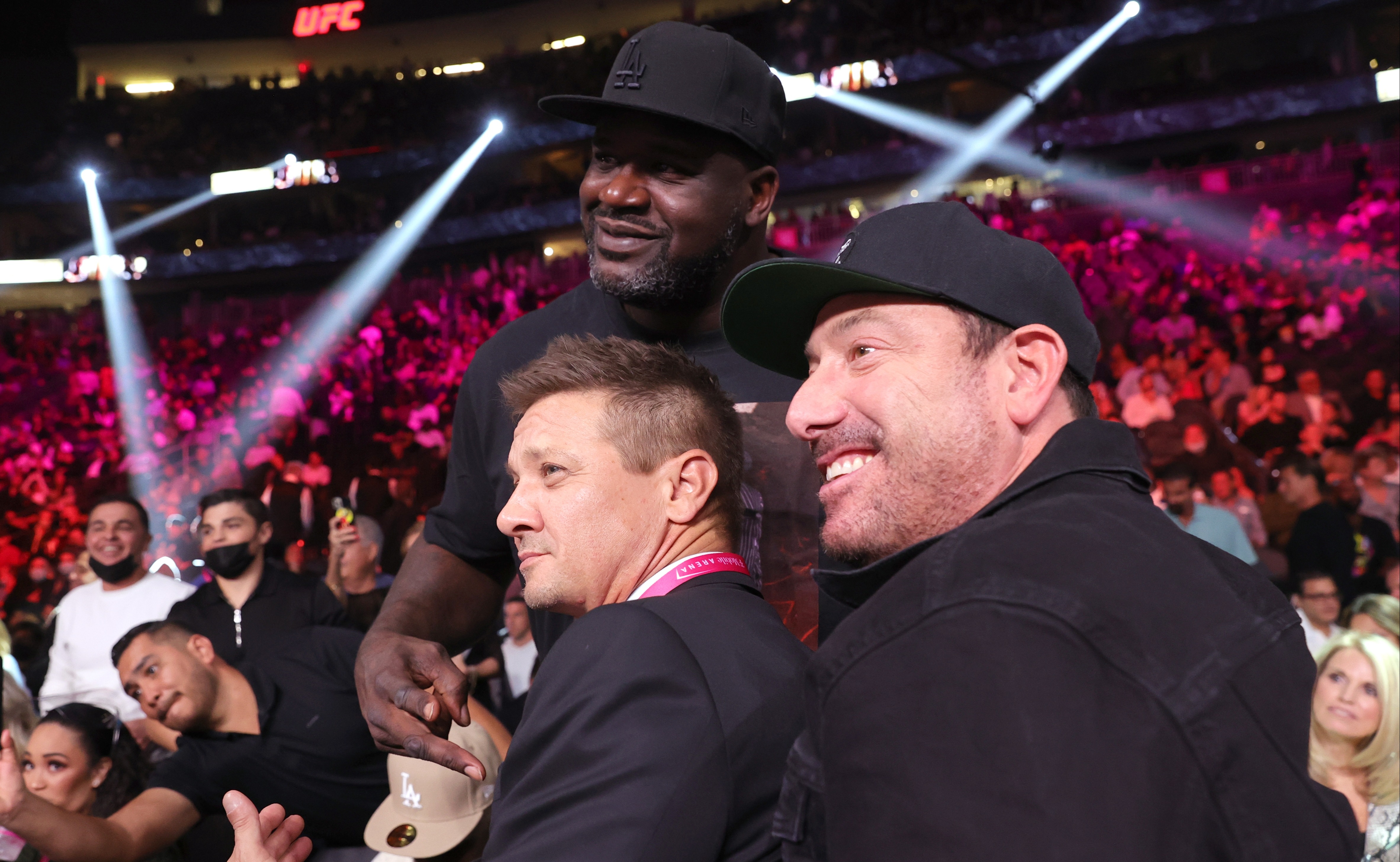 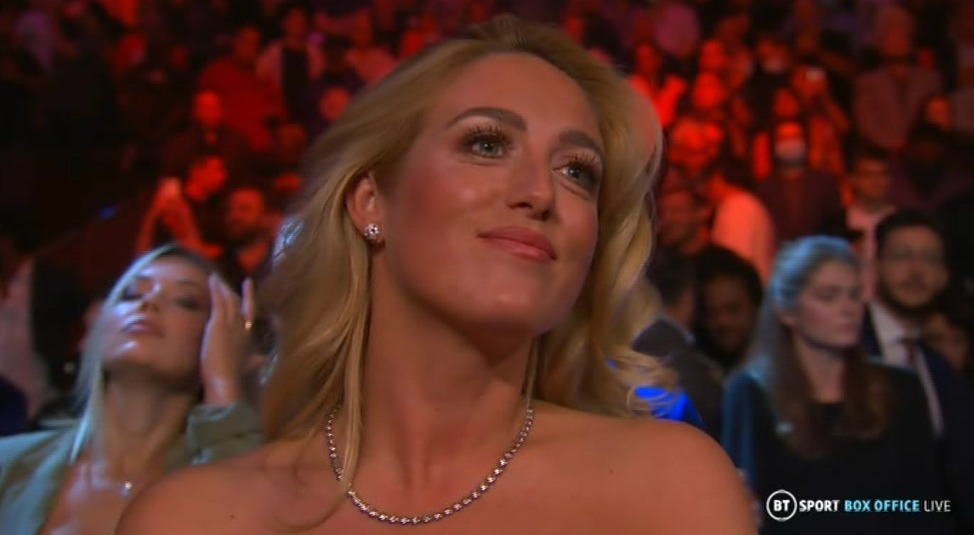 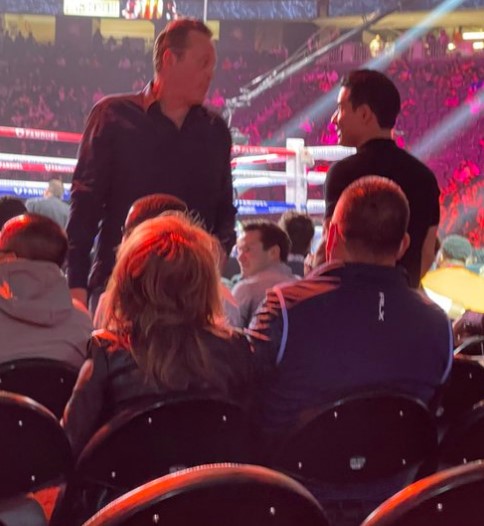 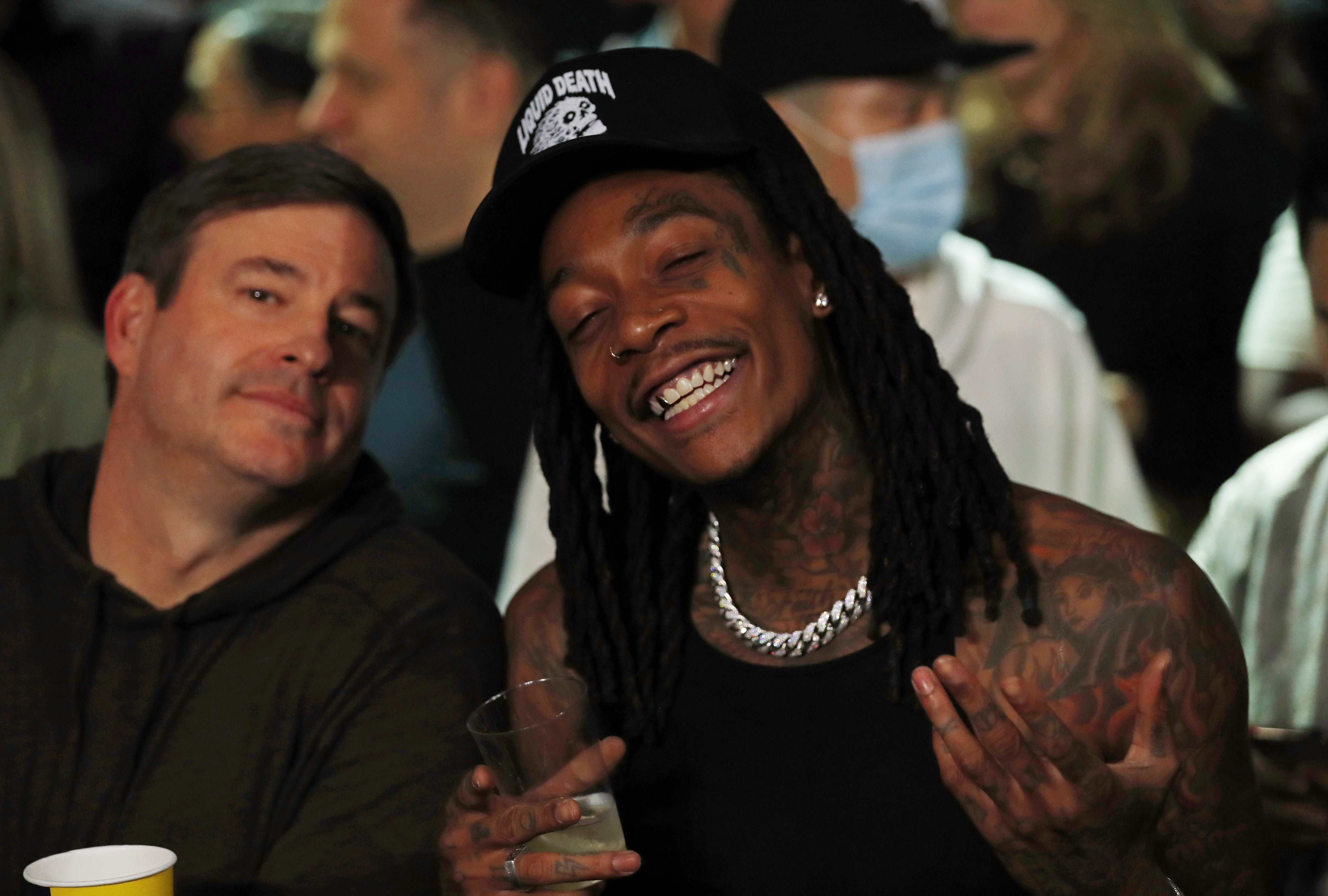 He posed for photos with Shaq before the main event got started.

Comedy actor Vince Vaughn, 51, – who starred in Wedding Crashers and Dodgeball – was spotted by another fan.

Rapper Wiz Khalifa was was also in the stands along with Cedric the Entertainer.

Fellow movie stars Michael B. Jordan and Michael J. Fox were reportedly among those to have bagged tickets for the T-Mobile Arena fight.