Port Macquarie trainer Marc Quinn brings the filly to the races for the first time in the Key Employment Maiden Plate (800m). 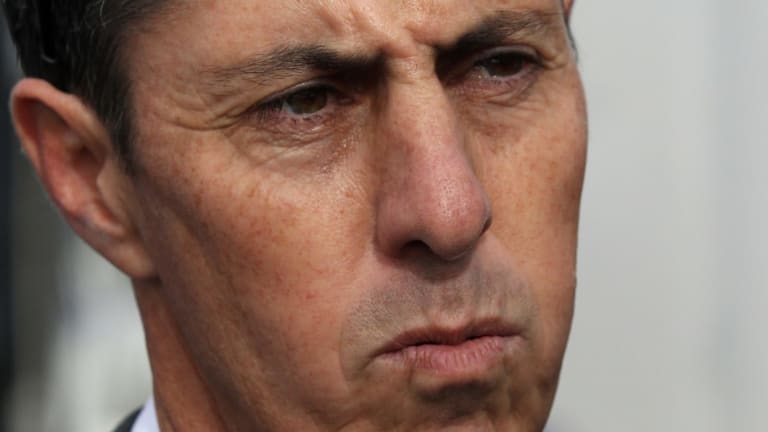 Trainer Marc Quinn is bringing Sylvia’s Memory to the mid-north coast for her debut.Credit:Tertius Pickard

The daughter of Bianconi looks ready to go off two impressive trials. In her first at Randwick she showed brilliant gate speed and despite racing a little greenly in the straight wasn’t tested to the line, winning by just under two lengths.

She was much more professional in her latest effort, jumping straight to the lead again and not getting out of first gear winning by four lengths eased down on the line.
Sylvia’s Memory has drawn barrier 5 today and will jump straight to the front and be tough to run down.

“The only reason she is running there is that there was no two-year-old race in town on Saturday. I had a look around and thought why trial her again if we can throw her in a half-mile maiden at Coffs, pick up some prizemoney and get some experience,” Quinn said.

‘‘I saw her as a yearling at Christmas time last year and loved her straight away.’’
The in-form stable of Kris Lees brings five runners to the meeting, with the standouts Paolo (Race 2) and Materiality (Race 3).

Paolo looks primed for The Bayrange Group Maiden Plate (1000m). The gelding was slowly away over 800m at the track last start and made up many lengths late to finish within a length of the winner. Out to 1000m here looks ideal and from barrier 6 should get a lovely run just off the speed.

Hinchinbrook filly Materiality hit the line well on debut over 1100m after working through a flat spot at the top of the straight. The step out to 1300m suits and from barrier 2 should get a charmed run stalking the speed.